Hill Climbing is a heuristic search used for mathematical optimization problems in the field of Artificial Intelligence.
Given a large set of inputs and a good heuristic function, it tries to find a sufficiently good solution to the problem. This solution may not be the global optimal maximum.

1. Variant of generating and test algorithm:

It is a variant of generating and testing algorithms. The generate and test algorithm is as follows :

Hence we call Hill climbing a variant of generating and test algorithm as it takes the feedback from the test procedure. Then this feedback is utilized by the generator in deciding the next move in the search space.

At any point in state space, the search moves in that direction only which optimizes the cost of function with the hope of finding the optimal solution at the end.

It first examines all the neighboring nodes and then selects the node closest to the solution state as of the next node.

The state-space diagram is a graphical representation of the set of states our search algorithm can reach vs the value of our objective function(the function which we wish to maximize).

The best solution will be a state space where the objective function has a maximum value(global maximum). 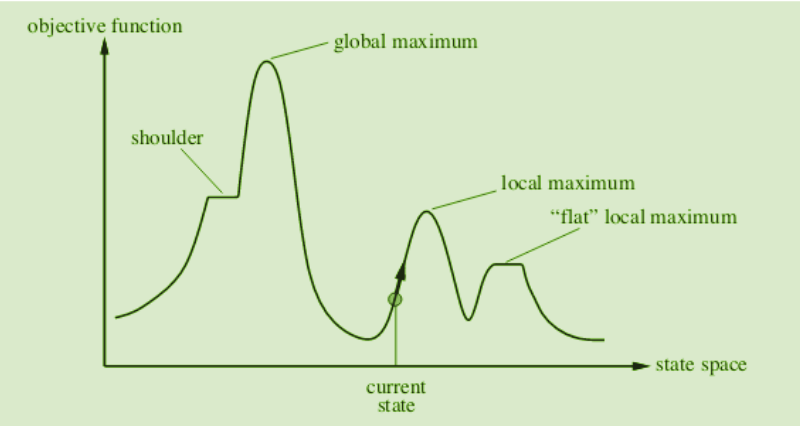 Hill climbing cannot reach the optimal/best state(global maximum) if it enters any of the following regions :

Here is a simple example of hill climbing in Python: