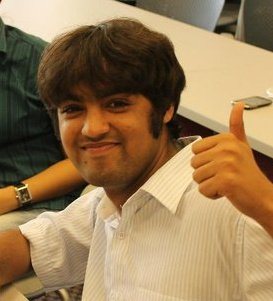 Manpreet, a graduate from BITS Pilani, has an inspiring tale for all those who believe that campus placement is everything. After applying for companies like facebook and google and having hard luck with all of them, he continued his research as a short term scholar at Carnegie Mellon University. He then, after his research, registered withTopTalent.in and he now has offers from Hoppr, Browerstack, Reliance and Amazon. He finds it hard to select one. He finally narrowed it to Amazon with a lot of difficulty. Read on to see what Manpreet has to say about his journey so far.

TopTalent: Can you talk a bit about your background?

I am an Information Systems graduate from BITS Pilani,Pilani Campus. My work has been focused mainly in the Computer Vision Research. I worked in Central Electronics Engineering Research Institute Pilani. After graduating I continued my research as a short term scholar at Carnegie Mellon University. After coming back to India I worked to scale my brother’s startup. On creating strong foundations for the company to grow, I had to move on with a job. Hence I prepared and applied to companies through TopTalent.

TopTalent: Can you describe the interview process for Hoppr, Browerstack,Reliance and Amazon?

Hoppr : The first round was an online round with questions on algorithms. I was asked to solve any one out of three questions in one and a half hour. Somehow I found the questions quite intuitive and I was able to solve all three questions in the same time and hence the interviewers got impressed and without taking any further rounds reverted on phone with an offer.

Browserstack : This was the most realistic interview I ever gave and that’s why I would share some details. The first telephonic round was algorithms/OOP based. They were moderately tough, just the kind of questions which are expected. The second round was coding on collabedit platform. I was asked to write optimized code and scripts for problems. The interview didn’t have any time bounds but the most distinctive part was that they took into account everything, from optimization of algorithm to its output. The third round was a face to face interview involving hacking around the platform. They allowed me to search online and gave me ample amount of time to solve the problem. Again just simulating the environment how one actually faces in real job. The last round was HR round with the Co-Founder of the company.

Reliance:  There were two telephonic rounds related to product management. One round was focused on writing a rough business plan. The manager was an intelligent MIT graduate. He discussed at length with me about products reliance could launch to capture Indian market.

Amazon:  The interview process was quite standard with 5 rounds. All of them were face to face with algorithms questions. The first two rounds were with senior developers. The last two rounds with the hiring managers were quite interesting because apart from my technical skills, I had to use a lot more skills gained in my brother’s startup as well as research.

TopTalent: What was the toughest question you encountered and how did you tackle it?

The toughest question I encountered was by browserstack, which involved interacting with the browser through code. I had no experience with anything  related to web development. They allowed me to use internet and gave me ample amount of time. I broke the problem into parts and solved step by step, found some snippets, found some libraries, patched everything and to my surprise it worked. This question was asked to measure person’s performance in a real job scenario where it’s not all about coding skills but much more than that.

TopTalent: What advice would you give to others who are looking for similar opportunities?

I guess one should have perseverance and never lose hope. I had appeared last year for lot of companies like DeShaw, Google, Facebook, Flipkart and got rejected from all of them. That’s way I was able to know about my weakness and started working on them. Hence my suggestion is try till you succeed. Registering with TopTalent.in paved my path to success.  This saved me from the annoying spam of walk-in interviews for voice processing etc. I applied for multiple jobs on TopTalent and  got call from more than half of them, which to my thinking is quite a good conversion rate.

This article is powered by TopTalent.in – A high end Job portal for students and alumni of Premier Colleges in India. Sign up now for free exclusive access to top notch jobs in India and abroad. Get in touch with them via facebook, twitter or linkedin. If you like GeeksforGeeks and would like to contribute, you can also write an article and mail your article to contribute@geeksforgeeks.org. See your article appearing on the GeeksforGeeks main page and help other Geeks.