The SORT command in the Linux operating system is used for sorting. It can be done either for files or for input on a command line given by the user. The sort command by default sorts files under the assumption that their data is ASCII. It sorts the files line by line.

The SORT command follows a variety of features for the output. The first is that the alphabetical lines will follow the lines with numbers. Lines containing lowercase letters will appear before lines containing the same character in uppercase. The SORT command has several options for sorting in various ways. Some of them include:

The SORT command can be used to sort large files that cannot fit in the main memory and thus reside in the external memory using the mechanism of external sorting, which is a class of sorting algorithms that can handle enormous volumes of data. The algorithm can be more specifically termed External Merge Sorting, and it essentially operates by first merging the sorted chunks together after it sorts the chunks into groups that can all fit in RAM. 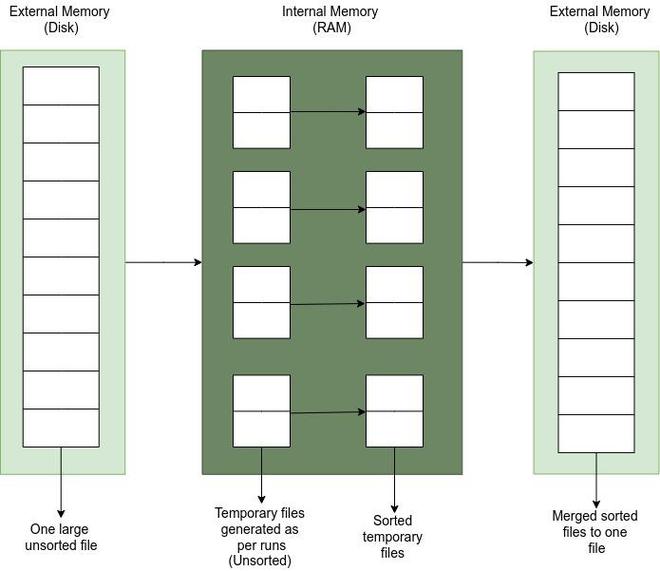 Explaining the second and most important step in detail:

The primary steps for implementing the sort command remain almost the same. There are some specific changes depending on the options given to the sort command. Some of them include the following:

Code Snippets for Implementation in the C Language

Creating temporary files and filenames for them:


Writing data to the temporary file from the main file character by character:


Merging the sorted files using Heap functions and storing them in one output file:


Combining these atomic functions, creating the required heap and line structures, writing appropriate functions implementing heap methods, and writing the main method with all the options and calling functions completes the implementation of the Linux sort command. 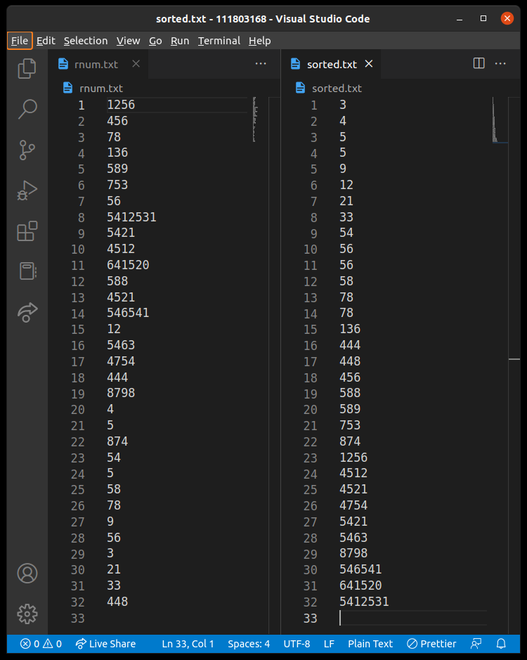 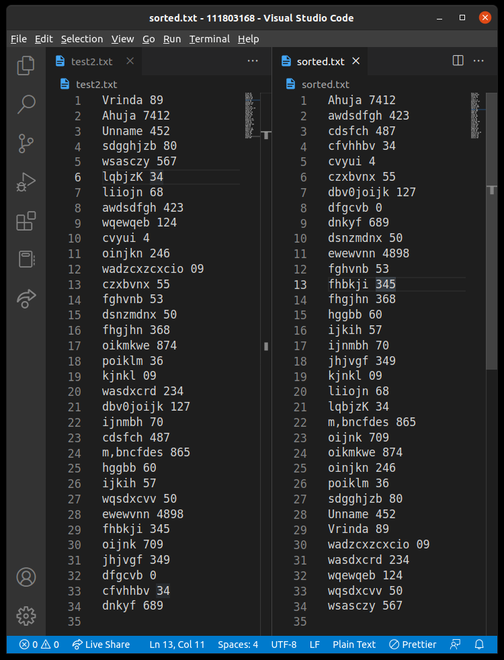 Sorting with the -k1 option. Left Side – Input file | Right Side – Output file

Running the code for both examples

Above are the snapshots of running the executable file of the implementation for two different options and files.