A Router is a networking device that fulfills the need for devices to share files and forward data packets between devices over computer networks. Routers perform some directing functions on the Internet so the data sent over the internet, such as a web page in the form of data packets

Example: Let us understand this by a very general example, suppose, we search for www.google.com in your web browser then this will be a request which will be sent from system to the google`s server to serve that webpage, now the request is nothing but a stream of packets don`t just go the google`s server straightaway they go through a series of devices known as a router which accepts this packets and forwards them to correct path and hence it reaches to the destination server.

How does Router work?

A wireless router connects directly to a modem by a cable then a router can receive and transmit information or data to the internet. Then the router starts to communicate with the wifi network and provides internet access to all devices within the network range of the router.

A generic router consists of the following components:

The Internal Components of Router:

Below is the raw diagram showing the internal components of the router: 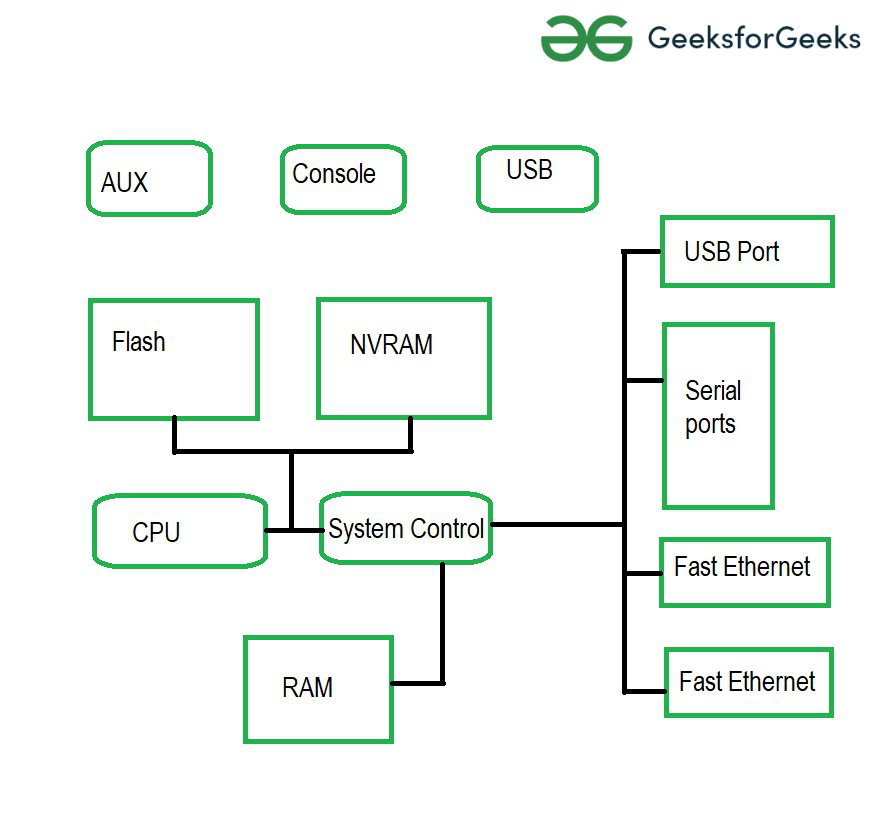 The router is an intelligent device, routers use routing algorithms such as Dijkstra’s Algorithm to map the destination or to find the best route to a destination on the parameters like the number of hops.