Inheritance is an important pillar of OOP(Object-Oriented Programming). It is the mechanism in java by which one class is allowed to inherit the features(fields and methods) of another class. In Java, inheritance means creating new classes based on existing ones. A class that inherits from another class can reuse the methods and fields of that class. In addition, you can add new fields and methods to your current class as well.

Inheritance in Java: Why do we need it?

How to use inheritance in Java?

Example: In the below example of inheritance, class Bicycle is a base class, class MountainBike is a derived class that extends the Bicycle class and class Test is a driver class to run the program.

In the above program, when an object of MountainBike class is created, a copy of all methods and fields of the superclass acquires memory in this object. That is why by using the object of the subclass we can also access the members of a superclass.

Please note that during inheritance only the object of the subclass is created, not the superclass. For more, refer to Java Object Creation of Inherited Class.

Example 2: In the below example of inheritance, class Employee is a base class, class Engineer is a derived class that extends the Employee class and class Test is a driver class to run the program.

Illustrative image of the program: 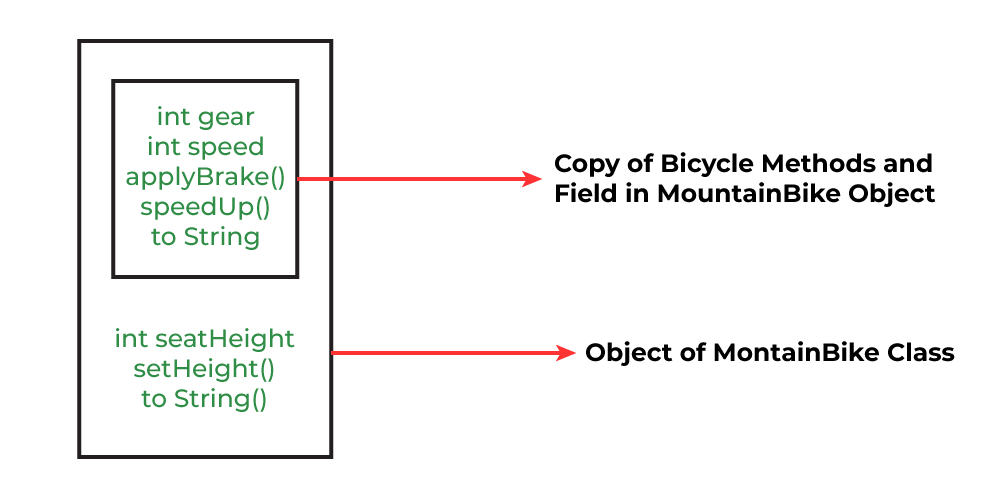 In practice, inheritance and polymorphism are used together in java to achieve fast performance and readability of code.

Types of Inheritance in Java

Below are the different types of inheritance which are supported by Java.

In single inheritance, subclasses inherit the features of one superclass. In the image below, class A serves as a base class for the derived class B.

In Hierarchical Inheritance, one class serves as a superclass (base class) for more than one subclass. In the below image, class A serves as a base class for the derived classes B, C, and D. 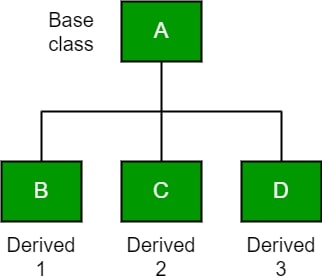 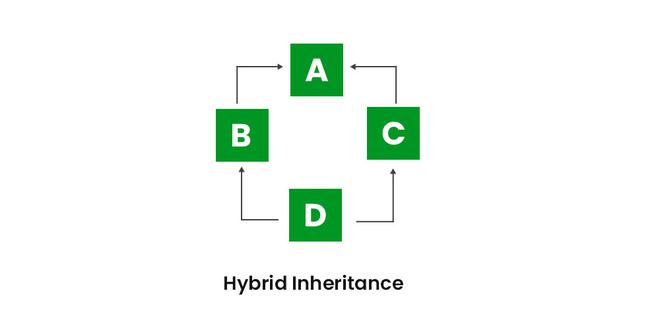 Important facts about inheritance in Java

IS-A is a way of saying: This object is a type of that object. Let us see how the extends keyword is used to achieve inheritance.


Now, based on the above example, in Object-Oriented terms, the following are true:-

What can be done in a Subclass?

In sub-classes we can inherit members as is, replace them, hide them, or supplement them with new members: