About the InfyTQ Exam:

Upon clearing the examination, the examiner can become an ‘Infosys Certified Software Programmer’ and receive an interview opportunity for the Systems Engineer role at Infosys. The one appearing in the exam should either be a B.E., B. Tech, M.E., M. Tech., M.Sc., MCA, or an MCM student graduating in 2022 (i.e. you should be in your 3rd year of your Bachelor’s degree).

Round 1(Qualifying Round): This round was all about testing basic programming, database management (DBMS), and Aptitude knowledge. This was a virtual web-proctored round. This round consisted of a total of 40 MCQ-based questions divided into 3 sections with a total time duration of 60 minutes. In general, these sections consisted of

Since, there was a negative marking of 0.25 for every time I had made an MCQ wrong, I skipped 4-5 questions which I was not sure enough. There was a sectional timer for each section and I was not allowed to switch between the sections. According to my experience, the cutoff was nearly about 20 -25 questions. I had my qualifying round on 3rd April 2021 nearly after 1 month of registration. And on 12th April 2021, I got a mail from Infosys that I had cleared this round and was eligible for the final round.

Round 2(Final Round): This round was all about testing the in-depth programming and database management skills through objective and hands-on questions. This was also a virtual web-proctored round. This round consists of 20 MCQ-based questions and 2 hands-on programming questions with a total time duration of 3 hours. In general, these sections consisted of

The hands-on questions were basically easy-medium level on arrays and strings. I was able to do both questions. The MCQs were at the same level as the qualifier round. The weightage of the questions was 60% for coding and 40% for MCQ’s with a total cutoff of 65%.  I had my final round on 19 April 2021. And on 2 May 2021, I got a mail from Infosys stating I had cleared this round and was eligible for a pre-placement system engineer interview and advantage round.

Round 3(Advantage Round): This was an optional round for those who want the technical roles of Power Programmer and Digital Specialist Engineer at Infosys. This was also a virtual web-proctored round. This round consisted of 3 programming questions of varying difficulty levels, to be answered in 3 hours. The questions were medium-hard level basically from topics like strings, array, dynamic programming. This round won’t affect the system engineer’s interview eligibility, regardless of how one performs in this round.

I was not able to attend the questions of this round due to my health issues. I had my advantage round on 7th May 2021.

Round 4(Interview Round): My interview was scheduled for 9 July 2021. This interview was  HR and TR both combined in one with a time duration of 20 minutes. The platform where the meeting was scheduled was Cisco Webex Meetings. I had got the mail about the meeting on 6 July 2020, i.e. 3 days before my interview. In 3 days I had studied the basics of operating Systems, Data Structures, DBMS, and basic HR questions. I was a bit nervous as it was my first interview. I went to the platform 10 mins earlier. When I entered the virtual interview room, the interviewer was already taking another student’s interview. The interviewer told me to share my laptop screen and asked the questions like:

After all, this was over he took a picture of mine, probably for the technical stuff. In the end, I apologized for the interruption in the interview and he considered it.

On 9th August 2021, I got the mail from Infosys stating that I had cleared the pre-placement interview and I was eligible for the System Engineer role at Infosys and had also earned Infosys Certification to became an ‘Infosys Certified Software Programmer’.

Thus, I will like to say that Infosys Certification is a great off-campus certification program that can help an individual to get a certificate that will help their resume to flash out and to get a pre-placement job offer in their hand in 3rd year itself. Just work on your programming and problem-solving skills and be confident in your interview. That’s all, you will get a nice job offer even before graduating the college. 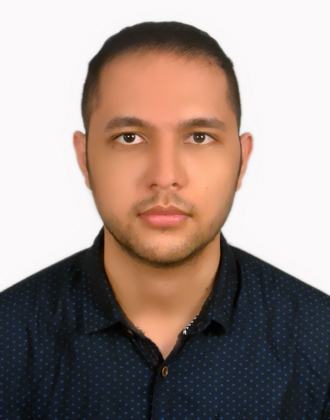