India and Its Neighbours

India is located in the Northern Hemisphere latitudinally and longitudinally, it is located in the Eastern Hemisphere. It is situated in the southern part of Asia, with a land border of 15,106.7 Km and a coastline of 7516.6 Km. India shares its boundary with seven countries. In the North-West it shares its boundary with Afghanistan and Pakistan, in the North with Bhutan and Nepal, in the East with Myanmar, and South-East with Sri Lanka and the Maldives. With a total area of 3,287,590 km2,  India is the seventh largest country in the world. It is also called “The land of three seas” as it is surrounded by the Arabian Sea in the west, the Indian Ocean in the south, and the Bay of Bengal in the east. India has nine neighboring countries Afghanistan, Pakistan, China, Nepal, Bhutan, Bangladesh, Myanmar, Sri Lanka, and the Maldives.

Latitudinally Afghanistan is located in the northern hemisphere and longitudinally it is located in the eastern hemisphere. It is located in the heart of south-central Asia. Afghanistan shares its boundary with the North-West part of India i.e. Jammu and Kashmir. It has a total land area of 6,52,864 km2. Rice is the main staple food of Afghanistan. India and Afghanistan are both countries that are part of SAARC (South Asian Association for Regional Cooperation). As part of a bilateral strategic partnership, India donated three Mi -25 attack helicopters in December 2015. Indian PM Mr. Narendra also visited to inaugurate the newly constructed Afghan parliament built by India for $90 million.

Latitudinally Pakistan is located in Northern Hemisphere and longitudinally in the eastern hemisphere of the earth. It is called a South Asian country as it is located in the southern part of Asia. Jammu and Kashmir, Gujarat, Rajasthan, and the Punjab of India share their boundaries with Pakistan. It covers a 7,96,095 sq. km area of land. According to the constitution of Pakistan. Islam is the state religion of Pakistan. Wheat is the staple food of Pakistan. Chat, Chicken karahi, Seekh kabab, Chapli kabab, Samosa, Sajji, Nihari, Paratha, Zarda, and Halwa poori are the popular dishes of Pakistan. In the latest bilateral brief, which was taken place in February 2000 between India and Pakistan. India supports the “Neighborhood firm Policy” and shows a strong desire for normal relations with Pakistan. India wants an environment that is free of terrorism and violence.

It is located in the Northern and Eastern hemispheres of the earth. China is situated in the eastern part of Asia. India shares 3488km of border with China. It shares its boundary with Arunachal Pradesh, Sikkim, Uttarakhand, Himachal Pradesh, and Jammu and Kashmir India. China is the 3rd largest country in terms of area of 9,706,961 sq. km. According to its government Buddhism, Taoism, Islam, Protestantism, and Catholicism are the official language of China. Rice is the main staple food of China. India- China relationship is also known as Indo-Chinese relations and Sino-Indian relations which refers to the bilateral relationship between the people’s Republic of India and the Republic of China. In 1950, the modern relationship began and India was the first country to end formal ties with the Republic of China. Three military conflicts have taken place i.e Sino-Indian war in 1962, the clashes in Nathu La and Chola in 1967, and the Sumdorong chu in 1987.

It is also located in the northern and eastern hemispheres of the earth. It is situated in southeast Asia. The Indian states – Nagaland, Mizoram, Arunachal Pradesh, and Manipur shares their boundaries with Myanmar. It spreads over an area of 6,76,578 sq. km. Theravada Buddhism is the dominant religion of Myanmar among the Bamar ethnic group and the Shan, Rakhine, Mon, and numerous other ethnic groups. Steamed rice is the common staple food of Myanmar. In 1951, India and Myanmar signed a treaty of friendship. 1987, the visit of the Indian Prime minister Mr. Rajiv Gandhi laid the foundation for a stronger relationship between India and Myanmar. Both countries have signed a huge number of agreements.

It is also located in the northern hemisphere and eastern hemisphere of the earth. It is situated in southern Asia. It is mainly situated in the Himalayas and also includes part of the Indo-Gangetic plain. The east, west, and south part of Nepal share their boundary with India. Uttarakhand, Uttar Pradesh, Bihar, West Bengal, and Sikkim share 1850km of Nepal’s border. It spreads over an area of 1,47,181sq.km. Nepal is also the birthplace of Siddharth (Gautam Buddha). Hinduism is the dominant religion in Nepal. “Dal-Bhat-tarkari” is commonly eaten in Nepal. India -Nepal relation is the bilateral relation between India and Nepal. In 1950, the Indo-Nepal treaty of peace and friendship was initiated by both countries, and secret letters were also shared which defines the security relationship between the countries.

It is also situated in the Northern and eastern hemispheres of the earth. Bhutan shares its border with the Indian states of Arunachal Pradesh, Sikkim, Assam, and West Bengal. Bhutan along with Suriname and Panama are the only carbon-negative countries in the world according to Reuters. Mahayana Buddhism Is the official religion of Bhutan. It spread over an area of 39,394sq.km. Rice is the main component of a meal of most Bhutanese meals. Traditionally, the bilateral relations between Bhutan and India have been closed and a special relationship has been shared between them, which makes Bhutan a protected state. But it doesn’t make the protectorate of India.

It is located in the northern and eastern hemispheres of the earth. The Indian states of Assam, Mizoram, Tripura, Meghalaya, and West Bengal share their border with Bangladesh. Earlier Bangladesh was known as East Pakistan and it was a part of Pakistan. It spreads over an area of 1,43,998 sq. km. Islam is the state religion of Bangladesh as per its constitution. Rice is the staple food for more than 135 million Bangladeshi people. India and Bangladesh are the common member of SAARC, IORA, BFMSTEC, and the Commonwealth. The relationship between India and Bangladesh is also known as the Indo-Bangladeshi relationship. In South Asia, the biggest trade partner of India in Bangladesh.

It is located in the Northern and Eastern hemispheres of the earth. It is surrounded by four central water bodies. Sri Lanka is in the south of India. It is separated from India by a narrow strip of the sea called the Palk Strait. It spreads over an area of 65,610sq.km. Buddhism religion is given ‘the foremost place’ by its constitution and other law. Rice and curry are the staple food of Sri Lanka. The relationship between India and Sri Lanka is more than 2500 years old and both sides have built upon a legacy of culture, religions, and linguistic and intellectual interaction. Both countries are republics within the commonwealth of the nation.

It is a part of the Northern and eastern hemispheres. It is a neighbor of India and shares a maritime border. It is in the South-west of India. It is situated in the Arabian sea and the Indian ocean. It is also known as the nation of islands, consisting of 1192 islands. It spreads over an area of 297.8sq.km only.  It is mainly known for its tourism. In 2020, it attracted 555,000 tourists. Islam is the official state religion according to its constitution. The main staple food of Maldives is “Tuna”. In November 2020, four memorandums have been signed by India and Maldives. Which, two memorandums are signed for high-impact community development, one for sports and youth affairs cooperation, and one for the grant of $100 million.

Relationships between India and its Neighbors

India shares land borders with eight countries: Pakistan to the northwest; China, Nepal, and Bhutan to the north; Myanmar (Burma), and Bangladesh to the east. In addition, India’s Andaman and Nicobar Islands share a maritime border with Thailand and Indonesia.

India has generally had cordial relations with most of its neighbors, despite some longstanding territorial disputes. In recent years, however, India’s relations with Pakistan and China have deteriorated significantly.

India and Pakistan have a long history of conflict dating back to the partition of British India into India and Pakistan in 1947. The two countries have fought three wars – in 1947-48, 1965, and 1971 – as well as a number of smaller military confrontations. The disputed territory of Kashmir has been a major flashpoint for violence between the two countries.

In recent years, tensions between India and Pakistan have increased dramatically. In 2016, a terrorist attack on an Indian military base in Kashmir claimed by a Pakistani militant group led to a significant escalation in tensions. In February 2019, a suicide bombing in Kashmir claimed by Pakistan-based militants resulted in the death of 40 Indian soldiers, leading to airstrikes by both countries and further ratcheting up tensions.

India and China have a long history of friendly relations dating back to ancient times. However, since the 1950s when China annexed Tibet – which borders India – relations between the two countries have been strained. A brief border war

The Good and the Bad

Future of India’s Relations with its Neighbors

The election of the Modi government in 2014 was a turning point for India’s relations with its neighbors. The new government made improved relations with India’s neighbors a priority and embarked on a series of initiatives to improve ties. These included holding regular summits with neighboring heads of state, increasing economic cooperation, and opening up the border for trade and movement of people.

Question 1: Name the piece of land which has water on three sides.

Peninsula (land which water bodies on its three sides)

Question 2: What is the capital of Bihar also mention the staple food of Bihar.

Question 3: Name the country which is known as “Thunder Dragon”.

Question 4: Name the Indian states which share their border with China.

Previous
Principles of Sustainable Development
Next
Difference between the Gravitational Potential Energy and Gravitational Potential
Related Articles
1. Characteristics and Effects of Monsoons in India
2. What are Jet Streams and How do they Affect the Climate of India?
3. Why has India a rich heritage of flora and fauna?
4. Name the important states in India that are leading producer in Jowar, Ragi and Bajra
5. What factors are responsible for the distribution of plants and animals in India?
6. Flora and Fauna of India
7. India and the World
8. Size and Location of India
9. Conservation of Forest and Wildlife in India
10. Which are the major rice and wheat producing areas of India?
Article Contributed By : 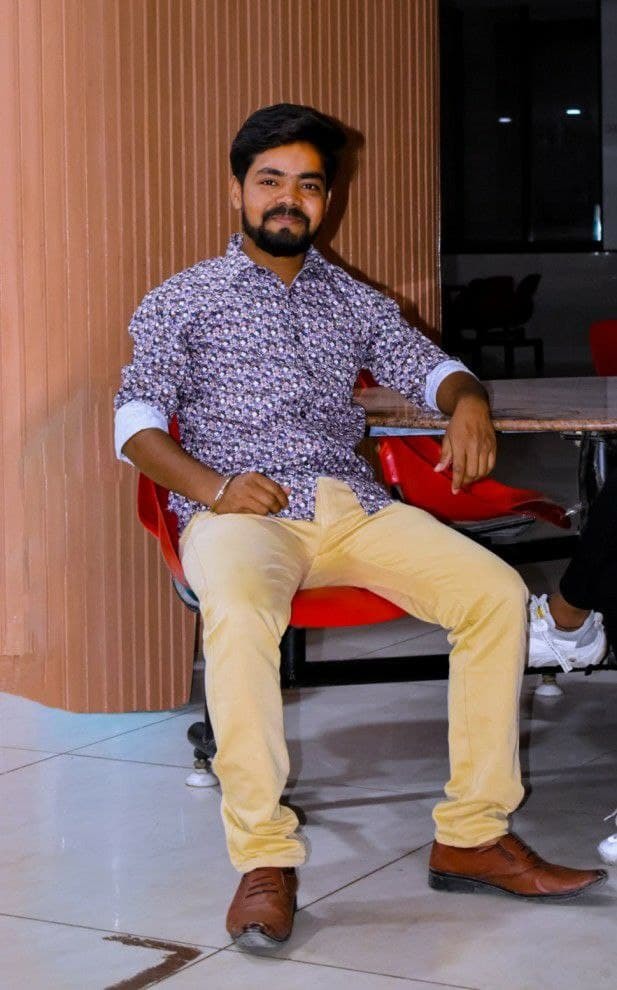