System Design is the core concept behind the design of any distributed systems. System Design is defined as a process of creating an architecture for different components, interfaces, and modules of the system and providing corresponding data helpful in implementing such elements in systems.

In this article, we’ll cover the standard terms and key concepts of system design and performance, such as:

Let us see them one by one.

The unit of measure for throughput is bits per second or bps.

Latency is defined as the amount of time required for a single data to be delivered successfully. Latency is measured in milliseconds (ms).

We all have encountered situations where websites and web applications take longer to respond, or there is buffering while playing a video despite having good network connectivity. Then the latency for such systems is said to be comparatively high.

Now you must be wondering about the factors that are responsible for delays. So high latency mainly depends on 2 factors: 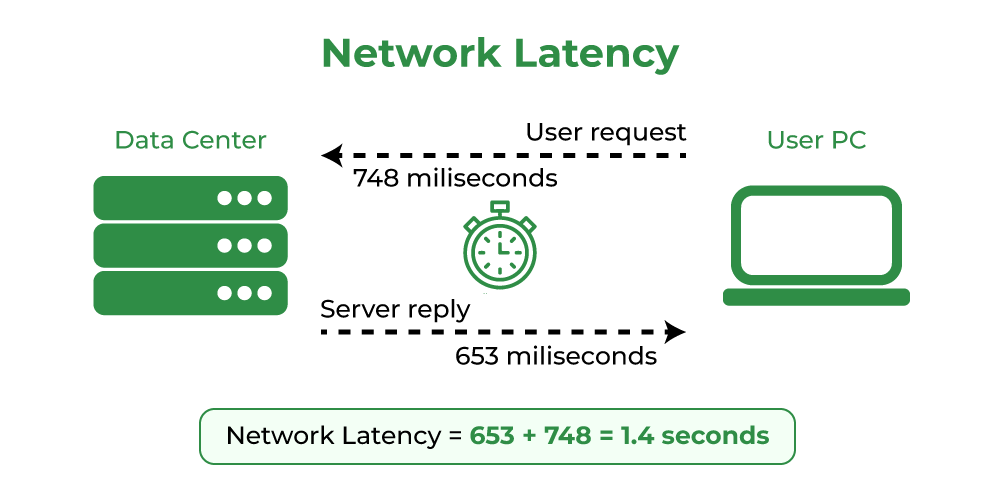 In monolithic architecture, as we know there is only a single block and all network calls are local within hence network delay is zero and hence latency equals computational delays only (which if not latency equals zero in monolithic systems)

In distributed systems, there is a networks over which signals are passed to and fro hence there will for sure be network delay.

How to Reduce latency:

Availability is the percentage of time the system is up and working for the needs.

It is a very important factor when for tech companies to provide services while designing systems. As recorded, Meta went down for 6 hours, corresponding to loss of estimated 60 million dollars.

There are levels associated with availability with respect to the service the system is offering. For instance, air traffic control requires a higher level of availability in comparison to the restaurant reservation system.

How availability is measured?

How availability is measured?

Now you must be thinking about what are these levels and how they are measured. Levels in availability are measured via downtime per year via order of ‘nines’. More ‘nines’ lead to lesser downtime.

It is as shown below via table as follows:

Note: 5 nines is considered as the golden standard of availability the system is available(up) to perform tasks.

How to increase Availability?

From the above understanding, we can land up with two conclusions:

Redundancy is defined as a concept where certain entities are duplicated with aim to scale up the system and reduce over all down-time.

For example, as seen in the image below, we are duplicating the server. So if one server goes down, then we have a redundant server in our system to balance the load. 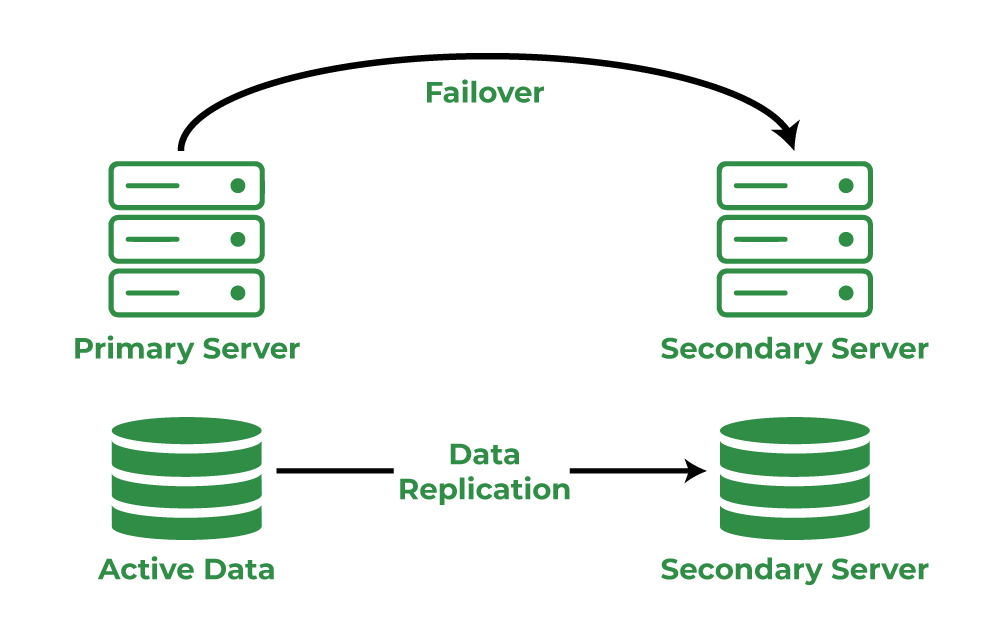 Now from the above image, you must be wondering how these connections are handled meaning how to get all load over to another and not let to connect to server/s that are already down. Here we introduce a new term known as the load balancer.

A load balancer works as a “traffic cop” sitting in front of your server and routing client requests across all servers. It simply distributes the set of requested operations (database write requests, cache queries) effectively across multiple servers and ensures that no single server bears too many requests that lead to degrading the overall performance of the application. A load balancer can be a physical device or a virtualized instance running on specialized hardware or a software process.
Consider a scenario where an application is running on a single server and the client connects to that server directly without load balancing. It will look something like the one below.

How to handle the unavailability of a Load Balancer?

If the load balancer becomes unavailable, then the corresponding server will become unavailable and the system will go into downtime. In order to handle such cases, we do opt for two techniques:

Note: Geeks do remember that DNS does not keep track of  whether load balancer is working so do we introduce Monitor  to keep track in case of DNS.

Tip: In system designing failures are inevitable, we could not eliminate them completely can only  work in minimizing them.

While considering the availability factor while designing systems is directly proportional to geographic location. For instance: For a corresponding service if a system goes down in a particular location (be India) the whole service is available at some other location to make the service operational. In the real world, we are having the complete hardware available across various locations so as not to hamper service at any cost.

Consistency is referred to as data uniformity in systems.

When a user requests data, the system always returns the same data, regardless of the user’s location, time, etc. Before a user receives data from any node, the server at which the data is updated or changed should successfully replicate the new data to all the nodes.

Note:  If the users gets the data somehow because of inconsistency in systems, it is known as Dirty Reading.

Time is a measure of sequences of events happening which is measured here in seconds in its SI unit.

It is measured using a clock which is of two types: 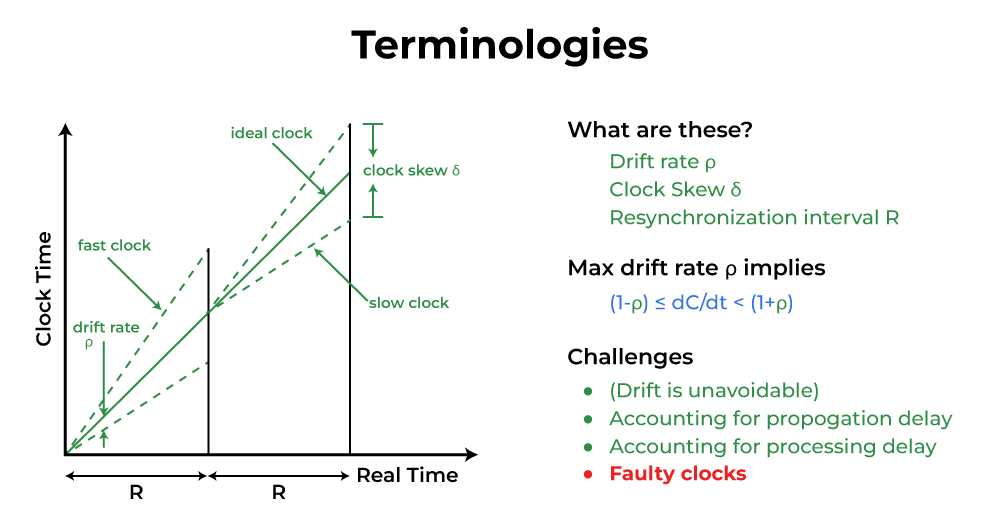 Three desirable characteristics of distributed systems with replicated data are referred to as CAP: partition tolerance, availability, and consistency (among replicated copies) (in the face of the nodes in the system being partitioned by a network fault). According to this theorem, in a distributed system with data replication, it is not possible to ensure all three of the required properties—consistency, availability, and partition tolerance—at the same time. It claims that only two of the three properties stated below can be supported strongly by networked shared-data systems: 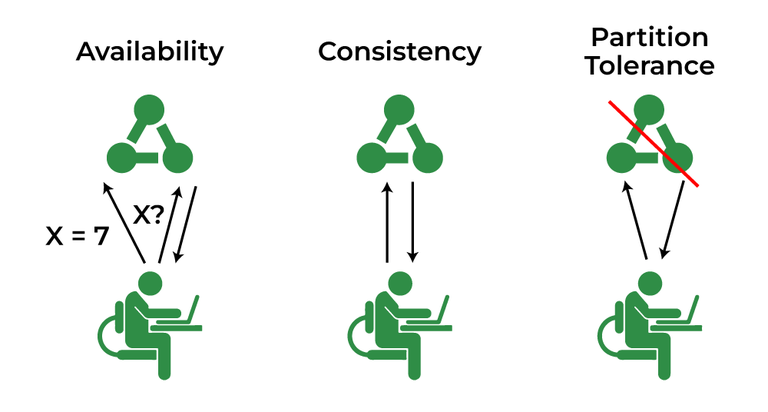 The different combinations and their use cases are as follows: 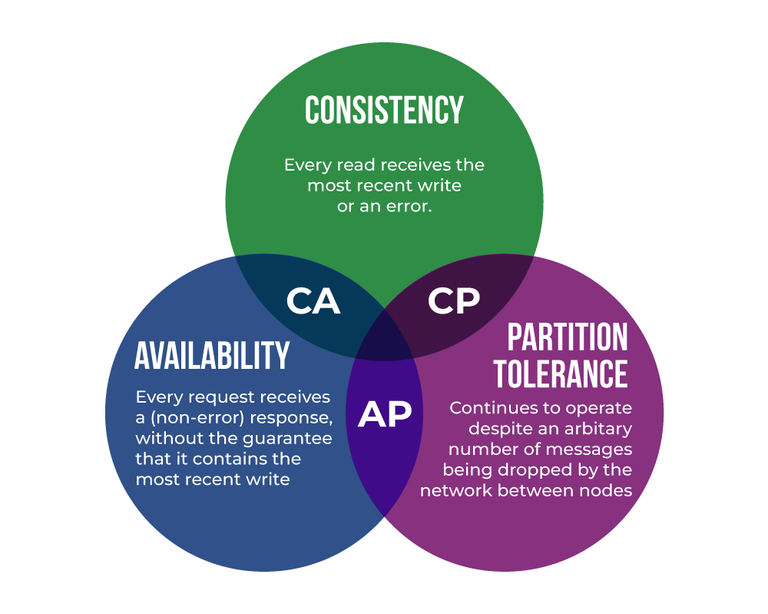 Lamport’s Logical Clock is a process to ascertain the sequence in which events take place. It acts as the foundation for the more complex Vector Clock Algorithm. A logical clock is required because a distributed operating system (Lamport) lacks a global clock.

Remember: Leslie Lamport came up with the idea for Lamport’s Logical Clock.