In simplest terms, the Internet is a global network comprised of smaller networks that are interconnected using standardized communication protocols. The Internet standards describe a framework known as the Internet protocol suite. This model divides methods into a layered system of protocols. 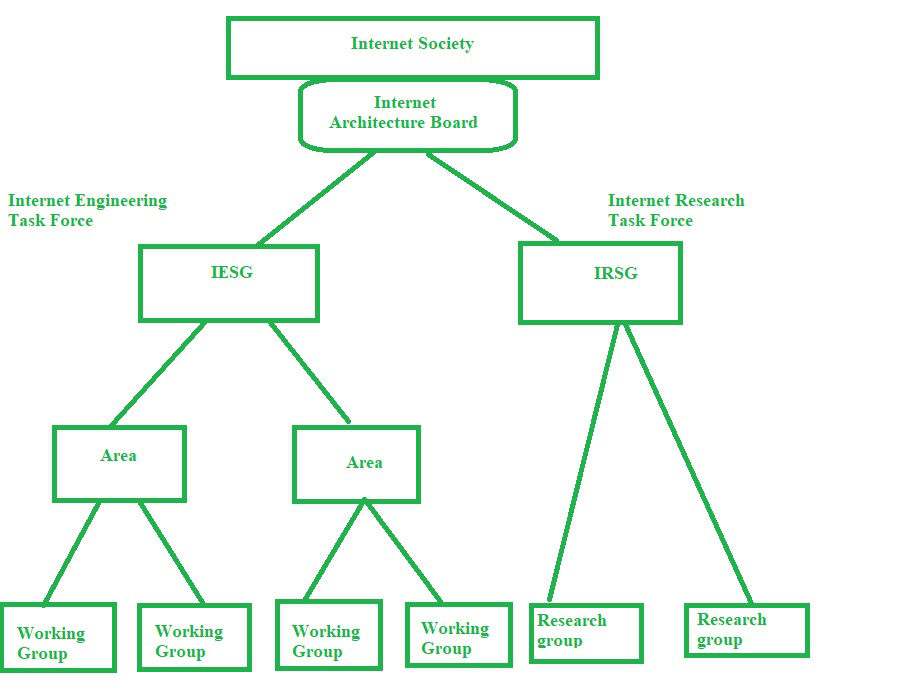 IRTF: IRTF contains many Research Groups (RGs), they intensively focus on the research part and new advancements.Example: Internet Congestion Control Research Group (a.k.a. ICCRG), the congestion control is the open research domain for the last 3.5 decades. Today also many research activities are going on around the world in this domain. Google has done very significant work in this done in the last decade.

How Does it Work?

Researchers (like students/professors of IITs)  write ‘Internet Drafts’ or ‘IDs’. The work done by the researcher is called ‘ID’ until it becomes a standard. Researchers submit their ‘ID’ to the corresponding bodies (IETF/IRTF) and seek feedback from the Working Groups/Research Groups. These groups aren’t governed by govt. or any political authority. These are maintained by expert researchers and engineers who have in-depth knowledge of the internet. These WG/RG decides whether to adopt the ‘ID’ or not depending upon what changes it will bring into the existing system and how it is useful for the world. If the WG/RG adopts the ‘ID’, then periodic feedback is provided to the authors and they are expected to revise it. This process is continued until RG/WG are satisfied with the work done by the authors. Once all the changes are done successfully and WG/RG is satisfied with it, the document becomes a standard, it becomes an official ‘RFC’ and a number is given to it (e.g., RFC 791 for IP).

BBR was developed by Google in 2017 and it was submitted to IETF WG. It was submitted as an “Internet-Draft”. It could not satisfy the WG and thus never became an RFC. BBR stands for bottleneck bandwidth round-trip-time. It used Jain’s index for fairness calculation. But Jain’s fairness index is itself ambiguous so BBR suffered from fairness issues and didn’t get the success it was supposed to. But many use the BBR today also. Dropbox is using BBRv1 since 2017 and is adjusted and familiar with its pros and cons. Uber also used BBR. Now Uber is using QUIC which is also designed by google over UDP and is under review by IETF.