The problem is opposite of this post. We are given a Queue data structure that supports standard operations like enqueue() and dequeue(). We need to implement a Stack data structure using only instances of Queue and queue operations allowed on the instances. 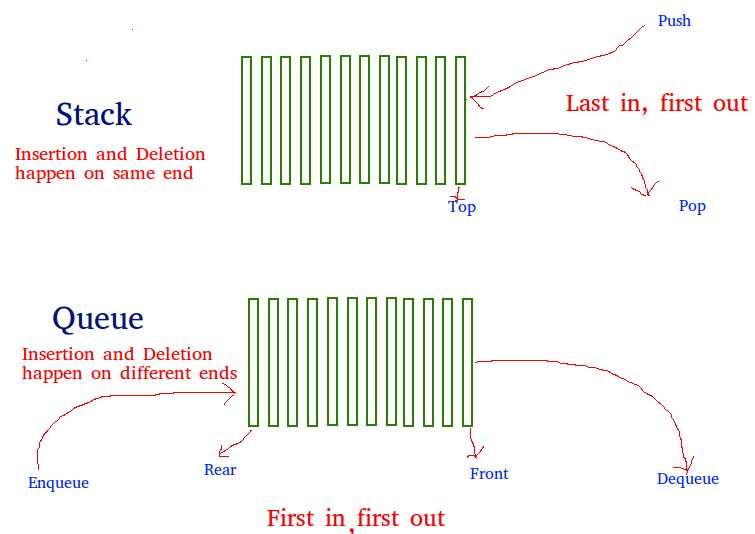 Method 2 (By making pop operation costly)
In push operation, the new element is always enqueued to q1. In pop() operation, if q2 is empty then all the elements except the last, are moved to q2. Finally the last element is dequeued from q1 and returned.

References:
Implement Stack using Two Queues
This article is compiled by Sumit Jain and reviewed by GeeksforGeeks team. Please write comments if you find anything incorrect, or you want to share more information about the topic discussed above.