IBM visited our campus in the month of August for the recruitment of Associate Developer. Whole selection process was of 5 rounds (all were elimination rounds).

Round 1: It was an Online Assessment consisting of Cognitive Ability Games(Cognify). here we were made to play logical games like tetris. A total of 5 games were there with the time limit in each. At first demo was given how to play. These games test your concentration, mental reflexes, recalling capability(things that can you recall you saw a minute ago) etc. every puzzle you solve you move to next level.

Round 2: It was a Learning Agility Assessments, basically a Psychometric test, consisting  of 50 pairs of questions with no time limit.

Round 3: It was a English Language Test. the test was on amcat, there was 5 sections with time limit of each section example, finding grammatical mistake, correct spelling, etc. The number of Questions in each section were not fixed, it depends on you how much can you solve in the given time frame. You can’t go back to previous question.

Round 4: It was Coding test on hacker Rank platform, consisted of single coding Question and 7 MCQ’s. code was of a medium level, MCQ’s were from sql, c++, c, java.

Round 5: It was an Interview Round. it was a single Tech-HR round. Questions were asked from my resume, about my interest, skills. Some project based questions. Interview lasted for around 35 minutes.

out of 180 interviewed, 58 were selected. Unfortunately I wasn’t,but a week later IBM came again for the same profile and recruited 14 in which i was one of them. 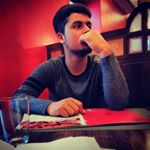