Hypergraph representation :
An undirected hypergraph H is defined as a pair H = (V,E), where V is a set of items known as nodes or vertices, and E is a set of non-empty subsets of V, known as hyperedges or edges (in an undirected hypergraph).
Here, E is a subset of P(X), where P(X) is the Power Set of X.
Each hyperedge can be represented as a closed curve containing its members to create hypergraphs.
Example – 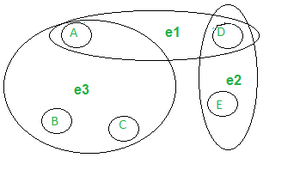 Hypergraph To Bi-Partite Graph :
Because it is always possible (though not always convenient) to express a hypergraph by a bipartite graph, hypergraphs are rarely utilized. The vertex set in a bipartite graph can be divided into two subsets, P and Q, with each edge connecting a vertex in P to a vertex in Q.
We simply represent the vertices of H as vertices in Q and the hyperedges of H as vertices in P, and insert an edge (p, q) whenever s is a member of the hyperedge t in H.

A hypergraph is depicted in two ways. Five vertices on the left are connected by three hyperedges. On the right, the same five vertices are joined to new vertices(three) representing the hyperedges by ordinary edges.

Properties Of Hypergraph :
A hypergraph can have a number of different properties, including – 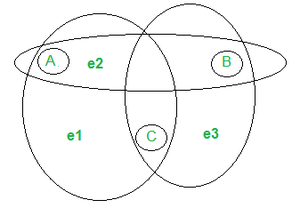 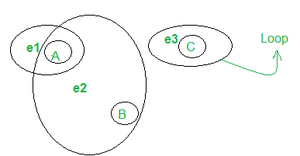 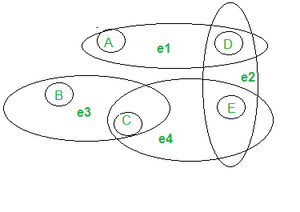