Human – Computer interaction through the ages

Introduction –
The advent of a technological marvel called the “computer” has revolutionized life in the twenty-first century. From IoT to self-driving cars to smart cities, computers have percolated through the fabric of society. Unsurprisingly the methods with which we interact with computers have refined over the years to the point at which we can use our very voice to give commands and wield power.

Early days –
The nineteenth-century saw the growth of batch processing systems. Punched cards were used to feed data into the system by human operators. These cards had holes and light was shone on them; wherever the light passed through amounted to a one else a zero. In our age of seamless computer interaction, such cumbersome, time-consuming error-prone methods to execute code seem primitive, to say the least. Over time, the very friendly GUI cropped up. Xerox Star was the first workstation to sport a commercial GUI OS complete with a desktop and bit-mapped screen.

The present –
Enter the era of smart phones. Within a few inches lies immense computing power. One can place calls, make notes or carry on long, almost human conversations with virtual assistants like Siri, Cortana, Google Assistant, Alexa, or Bixby using voice recognition technology. The spoken word is converted to a sequence of zeroes and ones by an ADC. This is then subdivided into segments as short as a few hundredths of a second. They are matched with what is called phonemes, the smallest element of a language. Complex statistical models are now examined to find out the context of the spoken word.

Perhaps the most fascinating method of interaction lies in the internet of things(IoT). Devices like smartphones, laptops, cars and houses will be connected in a huge plethora of webs. Sensors located at myriad points will pick up useful information. So when the garbage cans are full, sensors will alert automated trucks to dispose of the segregated garbage. One can request a virtual assistant to start the heater in a car without setting foot in the garage.

The future –
Machine learning is an application of AI that provides a system with the ability to draw inferences from interacting with the environment in the same way as humans do. It empowers the device to think for itself, which is quite fascinating for to imbibe a non-living object with the power to think with a high degree of intelligence is nothing short of creating a new organism from scratch. A balance must be struck, else we might find ourselves being controlled by our own creations. Herein lies the controversy in the interaction between man and computers for men tend to become more machine-like as machines become more human-like. 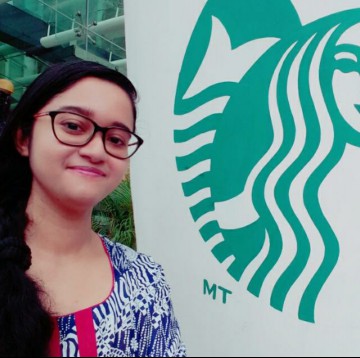