So far, we have created the navigation bar for the header of our website. The next thing to complete the header is to include the image and text above the image as shown in below screenshot: 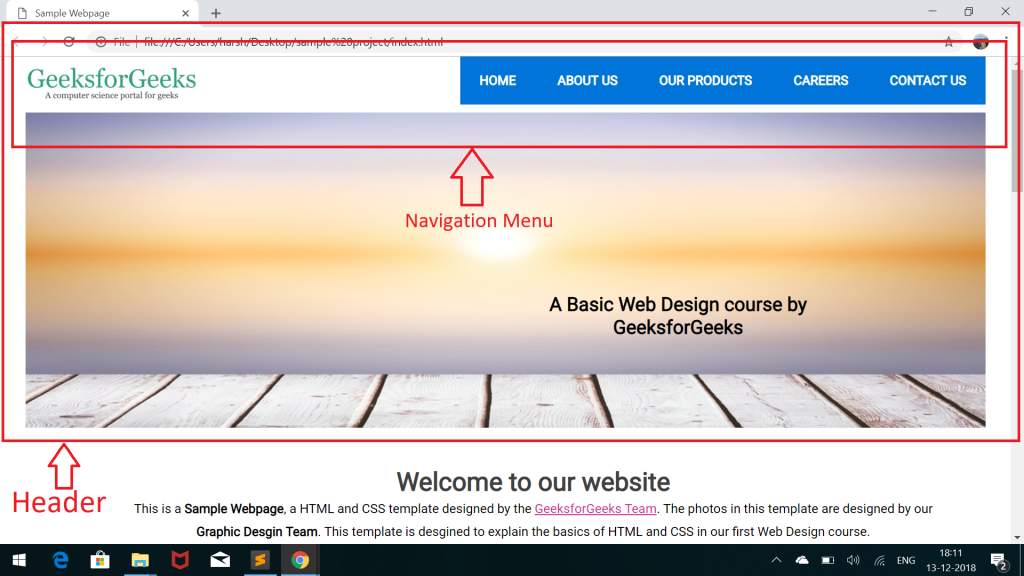 
To complete the image menu, we first need to add the image and text inside the div tag with id “header-image-menu” as shown in the above code.
Adding Image:

Adding Text: Add the text inside an <h2> tag and give the tag an id = “image-text” which will be used for adding styles.
Below is the final HTML code for the header menu after adding the images and text:


Our webpage will now look like as in the below screenshot:

Can you point out what is wrong with the above image? The answer is that the text is below the image and not at its correct position as shown in the template.
We will have to use CSS to add styles to the text and image in order to place the text over the image. Let’s begin with adding CSS.


The complete CSS code for the image menu will look something as below:


On opening the index.html in the browser now, you will see the exact same header as shown in the sample video at the start of the course.

We have completed building the header of our website.