VPN stands for Virtual Private Network. It is used to establish a secure and protected connection with the public and the private area network of the user’s identity. The VPNs are responsible for merging the username and the ID of the person and then masking it to create a new separate ID which creates an anonymous account of the user so that the online trackers and cookies cannot break the encryption services and look into the user’s browsing activity. The VPNs block the third-party data and websites to track the user’s activity and then steal their personal data for frauds and scams etc.

The VPNs are responsible for carrying out the masking of the IP addresses of the users and then creating a new IP address to allot it to the user which is created by the VPNs using a remote server machine on the user’s network. The VPNs play a very important role in data masking because they hide the IP addresses of the user so now, literally no one including the internet providers will be able to catch the browsing history of the user’s computer network. The VPNs perform encryption over your IP address so that anyone cannot gain access to unauthorized personalized information about the user.

Responsibilities of the VPN:

The various responsibilities of the VPNs are stated as follows:

Working on The VPNs:

The Working of The VPNs takes place in the following manner:

How the VPNs affect internet speed? 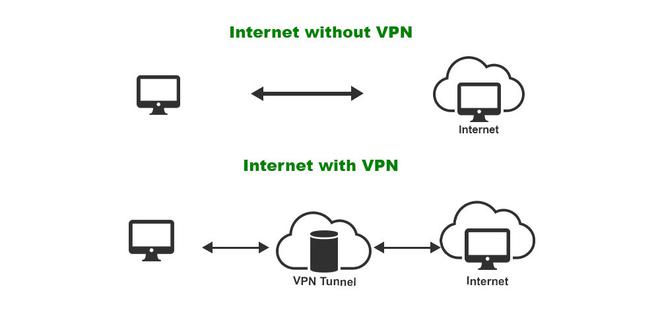 Since the VPNs have to carry out multiple tasks, hence they affect the browsing speed and the performance in the following ways:

How to improve the speed with VPN?

We can improve the VPN speed in the following ways;-

Using the above steps, we can easily boost internet speed using VPNs.

The VPNs are an important tool for maintaining a strong and secure Internet connection on a computer network including the tunnel which is created between the end user’s host machine and the VPN server for the data transmission, encryption, and rerouting processes. The VPNs have the ability to mask off your IP addresses and then route them through another specific virtual tunnel and then create random new IP addresses and new random regions of preference for the user to remain anonymous over the Internet. The encrypted virtual tunnel created in the VPNs is used by creating a set of public and private encryption keys for safety purposes.