How to use multiple UX Widgets in kivy | Python

Kivy is a platform-independent GUI tool in Python. As it can be run on Android, IOS, linux and Windows etc. It is basically used to develop the Android application, but it does not mean that it can not be used on Desktops applications.

Here, we are going to use almost all these UX widgets So that you can understand how to use them in a single code.

Implementation of the Approach:
.py file: 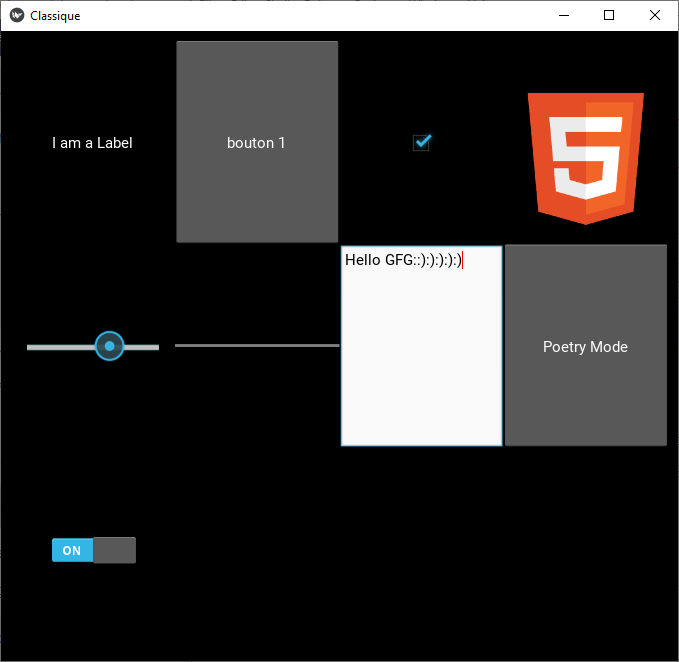