How to Use dplyr to Generate a Frequency Table in R

The frequency table in R is used to create a table with a respective count for both the discrete values and the grouped intervals. It indicates the counts of each segment of the table. It is helpful for constructing the probabilities and drawing an idea about the data distribution.

The dplyr package is used to perform simulations in the data by performing manipulations and transformations. It can be installed into the working space using the following command :

A data frame in R can be created using the data.frame() method in R . The frequency table can be constructed by using the count() method appended to the pipe operator of the data frame. 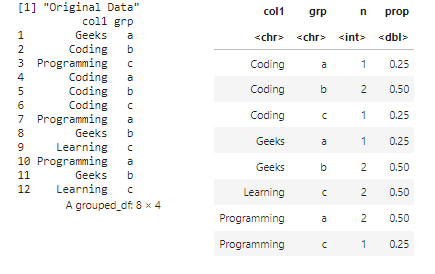 Functions can also be used to generate the vector of integers or string values. The rpois() method in R is used to draw randomly computed poisson density.

The counts and their respective probabilities can be calculated using the count() and mutate() methods. The prop.table can be used to compute probabilities. 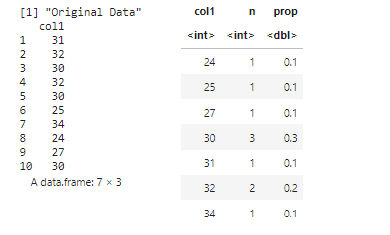 By compute the probability

The frequency can be calculated using the dplyr package in R by specifying the vector in the count() method. The respective counts are computed along with the segments into which the integral values fall. The prop.table is used to compute the probabilities of the computed counts. 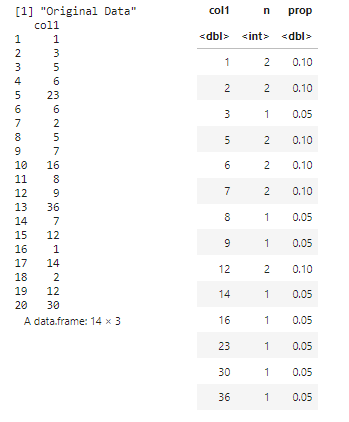