How to Simply Deploy a Smart Contract on Ethereum?

Deploying To A Local Network

An emulator can be used to deploy a smart contract on a local network eg. Ganache-cli. It takes care of everything and the user doesn’t have to worry about the security and the gas amount required for transactions since everything is happening on a local test network. All one has to do is pass the ganache provider as an argument to the web3 instance(web3 facilitates the connection between the blockchain network and the js application).

Before deploying a smart contract to an actual Ethereum network make sure the account has some ether in it. Deploying a contract is like sending a transaction and it needs some gas amount to process. Unlike deploying on a local network, transactions will take some time to complete (anywhere between 15 seconds to 5 minutes). Web3 is used to interact with the network the same way it is done in local deployment except customize the provider that will be passed into the web3 instance. Instead of creating our own node that connects to the Ethereum network, one can use Infura. It is a public API that gives access to the Infura node that is already hosted on the Ethereum network. Simply sign-up for Infura and get an endpoint that will be used in the code to deploy the smart contract.

example.sol- Below is the sample solidity code used for testing. All it does is set a public variable as the address of the sender.


Step 1- Install the required dependencies by running the following commands-

Make sure to install the same versions for the following scripts to run successfully.

Step 3 – Get access to Bytecode and ABI (Compile the smart contract). Solidity compiler gives a huge piece of code as output, one can print the output to console if required. Only the relevant part (relevant for deployment) i.e., bytecode and interface are extracted from the output in the following script.

Compile.js- Below is the javascript file. 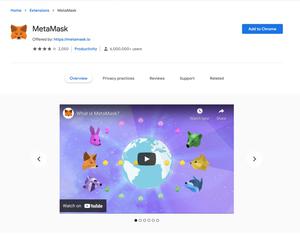 Step 5 – Once have access to bytecode and interface, all that is required is to create a provider with own mnemonic phrase and infura endpoint using the truffle-hdwallet-provider that was installed earlier. Create a web3 instance and pass the provider as an argument. Finally, use the deploy method with bytecode as an argument to deploy the smart contract.

Now the contract is deployed on the network, its functionality can be tested using remix IDE or one can create an interface to interact with the smart contract on the network.

Step 1- Open Remix IDE in chrome browser and copy the solidity code of the deployed smart contract and paste it in the Ballot.sol file in the IDE. Switch to the solidity compiler by clicking on the “S” icon on the sidebar and compile it.

Step 2- Navigate to Deploy and run transactions from the sidebar and select injected web3 from environment dropdown. It is the instance of web3 injected by metamask into your browser. It also has access to all the accounts. 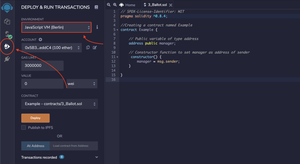 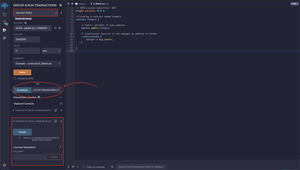