How to Run Safari Driver in Selenium Using Java?

Selenium is a well-known software used for software testing purposes. Selenium consists of three parts. One is Selenium IDE, one is Selenium Webdriver & the last one is Selenium Grid. Among these Selenium Webdriver is the most important one. Using Webdriver online website testing can be done. There are three main Webdrivers present. For the Chrome browser, ChromeDriver is present. For the Firefox browser, Gecko Driver is applicable. And for Microsoft Edge, there will be MSEdgeDriver present. Excluding these, many more drivers are present for other browsers. In this article, the process of running SafariWebdriver is implemented. It is useful for those who use Mac OS. This simple Java program can be run.

Note: In this case, SafariDriver.exe is stored in Eclipse, so maybe the location seems different. But also, a complete File Explorer path can also be passed.

Below is the complete implementation of the above approach:

If the above code is run, then a new Safari Window will be opened. This open window will be controlled by SafariDriver.exe. 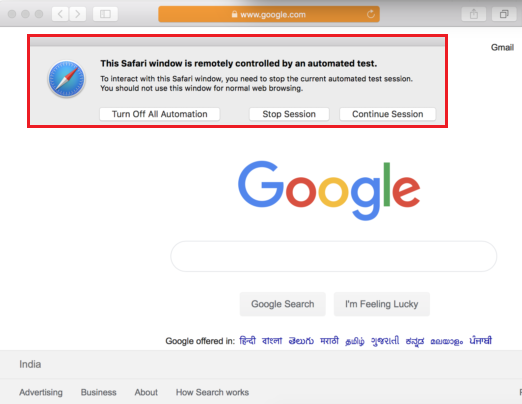