How To Resolve Permission Denied Error On Ubuntu/Debian?

Linux is a community of open-source Unix-like operating systems that are based on the Linux Kernel. Linux distributions are constructed in such a secured way that a user cannot make changes unless he/she has administration access. Users who are first time exploring Linux encounter the problem of Permission being Denied. In this article, we will learn how to fix them with the following methods.

Let’s explore all the methods one by one.

Step 1: This is one of the very common mistakes that experienced Linux users also make and has nothing wrong with your system or files. The sudo command allows you to access the files, and folders, and change settings that are accessible to only a root user. For example, here we are installing a new application and the user who is installing should be a root user.

First, we enter the command

And we get the following error. 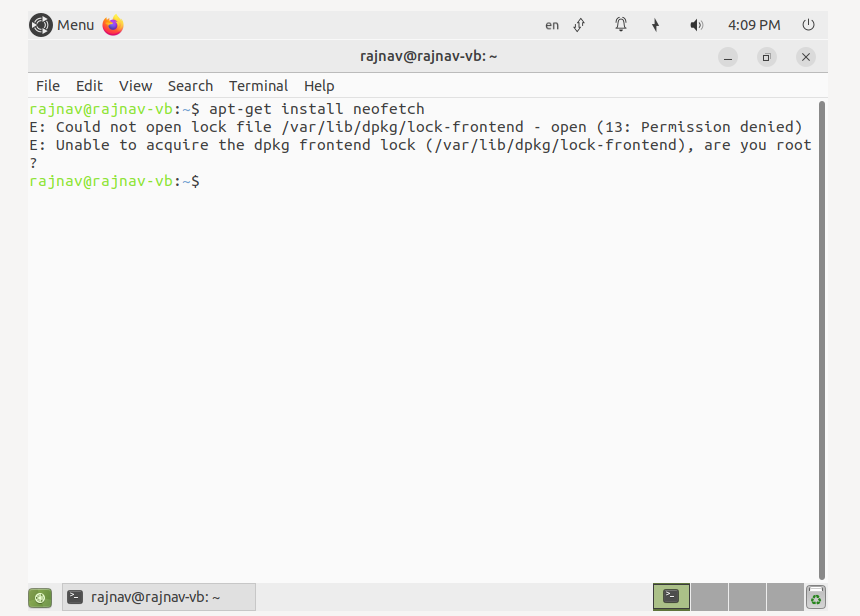 Step 2: Now add the sudo command, after entering the following command, you are required to enter the password.

The output is as follows:

Step 1: Some files don’t have the required permission for accessing. In the following example, we want to read a file but we don’t have sufficient permissions.

Step 2: Now we will change the access permission using the chmod command. The +rwx adds the read-write access.

The output is as follows

The chmod has the following commands:

Method 3: Change ownership of the file

This also gives a Permission Denied error to a user in a mixed system when the user doesn’t have the access to a particular file. We can add users using the chown command.

Step 1: First, check the users who have access using the following command.

Only a single user and a single group have access to read, write and execute as can be seen in the output.

Now check the owners of the file. The output is as follows:

So the user geeks now has the access to the text file.

My Personal Notes arrow_drop_up
Previous
Autopsy - Cyber Forensic Browser in Kali Linux
Next
How to uninstall packages from Linux?
Recommended Articles
Page :
How to Resolve Java.lang.ExceptionInInitializerError In Java?
09, Feb 21
How to Fix “passwd: Authentication token manipulation error” in Linux
17, Jun 21
How to Fix Checksum Error Using fsck Command in Linux?
01, Oct 19
How to Fix Minimal BASH Like Line Editing is Supported GRUB Error In Linux?
05, Nov 19
How to fix auto keyword error in Dev-C++
15, Jul 20
Linux Error Redirection
30, Nov 20
Shell Scripting - Standard Input, Output and Error
23, Jan 22
How to Create Custom Input and Error Messages in Excel?
20, Mar 22
How to Download and Install PeaZip on Windows?
14, Aug 22
How to Make a Calendar in Excel?
04, Aug 22
Shell script to print table of a given number
01, Aug 22
How to install Ruby Programming Language on Manjaro Linux?
01, Aug 22
Article Contributed By :