How to Perform Dunn’s Test in Python

Dunn’s test should be used to establish which groups are distinct If the Kruskal-Wallis test yields statistically significant findings. After your  ANOVA has revealed a noticeable difference in three or more means, you may apply Dunn’s Test to determine which particular means are different from the rest. Dunn’s Multiple Comparison Test is a non-parametric post hoc, non-parametric test that doesn’t presume your data comes from a certain distribution.

To perform the duns test user neesneedsds to call the  posthoc_dunn() function from the scikit-posthocs library.

In this example, we import the packages, read the iris CSV  file, and use posthoc_dunn() function to perform dunns test. dunn’s test is performed on the sepal width of the three plant species.

We further check if p_values are higher than the level of significance. false represents that two groups are statistically significant or that the null hypothesis is rejected. 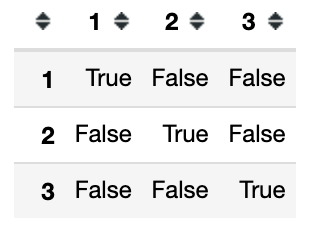