How to make multiple smoothing lines in ggvis?

In this article, we are going to see How to make multiple smoothing lines in ggvis using R Programming Language.

The ggvis package in R is used for data visualization. It is also used to create interactive web graphics. It is also used to create interactive graphs and plots. It is an addition to the ggplot package. It provides the framework to build HTML graphs in the working space. The package can be downloaded and installed into the working space using the following command :

This is followed by the application of layers_lines() method using the pipe operator. The line segments are plotted connecting the y and x axis respectively. The points can also be marked significantly representing the data values contained within the data frame. This method is used to also sort the data that is available on the x variable. All the lines are plotted from left to right direction.

This is followed by the application of layer_points() method which is used to mark the data points on the plotted graph. This method as the following syntax.

The following code shows two groups that are to be plotted in terms of the ratings given by the people. One line is drawn for the group GeeksForGeeks and another for Geekster using different colors. 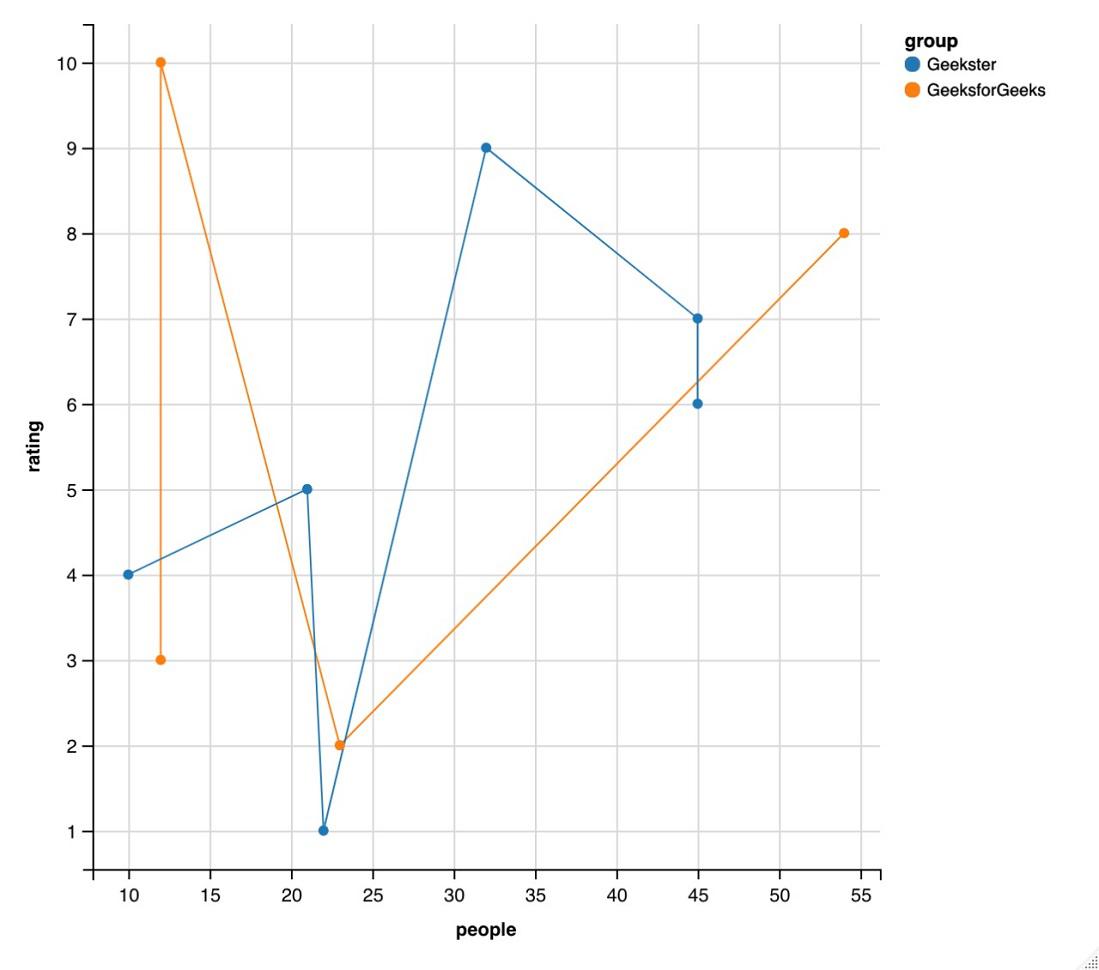 The following code snippet shows four groups instead of two that are used for plotting thereby the plot contains four different color lines. 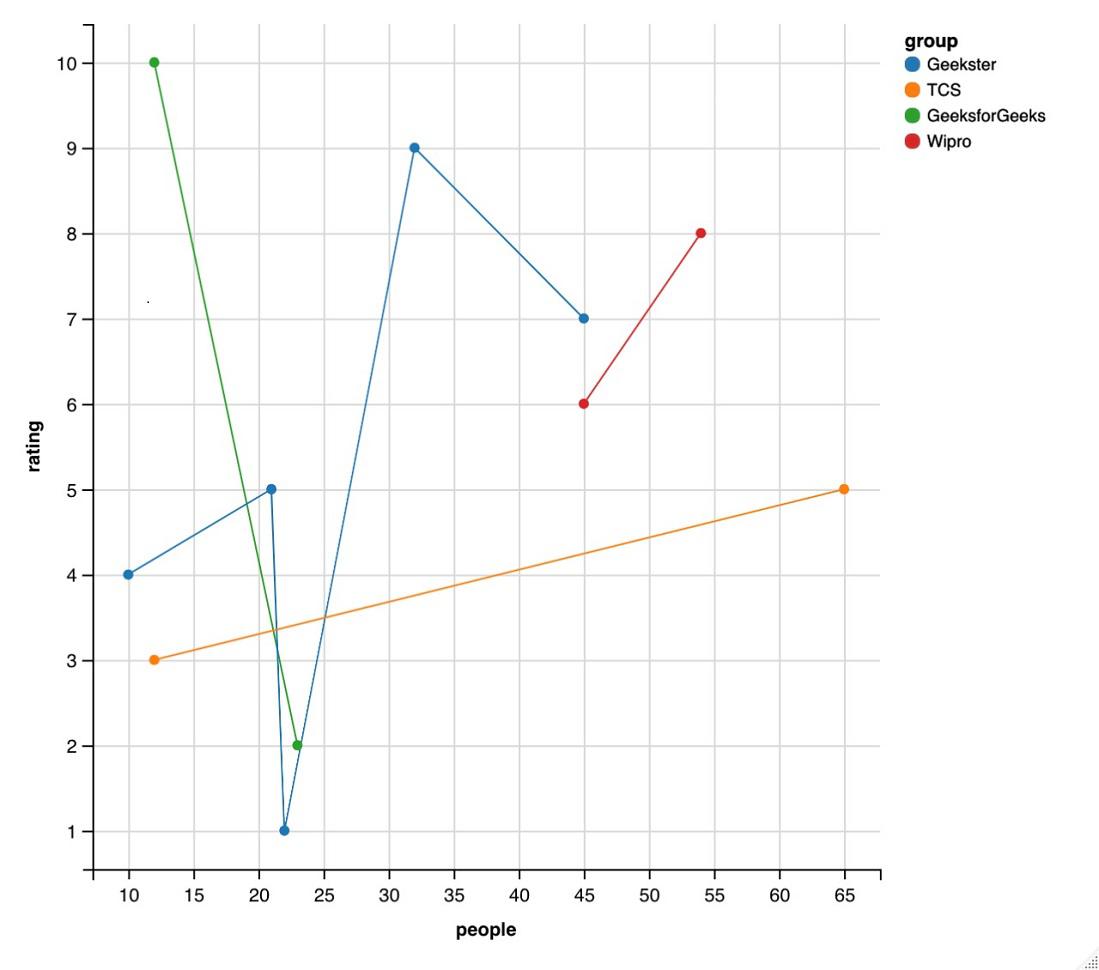 Previous
Label Encoding in R programming
Next
Single-Table Analysis with dplyr using R Language
Related Articles
1. Create a secondary y axis for lines graph with ggvis R
2. How To Put Multiple Graphs In One Plot With Ggvis in R
3. How to Make a Histogram with ggvis in R
4. Exponential Smoothing in R Programming
5. How to create stacked bar chart using ggvis in R
6. How to add a specific point to legend in ggvis in R?
7. How to Add a plot title to ggvis in R
8. Difference Between ggvis VS ggplot in R
9. How to label plot tick marks using ggvis in R
10. How to change maximum and minimum label in ggvis plot in R
Article Contributed By :