How to Make a Phone Call From an Android Application?

In this article, you will make a basic android application that can be used to call some numbers through your android application. You can do so with the help of Intent with action as ACTION_CALL. Basically Intent is a simple message object that is used to communicate between android components such as activities, content providers, broadcast receivers, and services, here use to make phone calls. This application basically contains one activity with edit text to write the phone number on which you want to make a call and a button to call that number.

Step 3: Working with the XML Files

Next, go to the activity_main.xml file, which represents the UI of the project. Below is the code for the activity_main.xml file. Comments are added inside the code to understand the code in more detail. This file contains a Relative Layout which contains EditText to write the phone number on which you want to make a phone call and a button for starting intent or making calls:


Step 4: Working with the MainActivity File

Go to the MainActivity File and refer to the following code. Below is the code for the MainActivity File. Comments are added inside the code to understand the code in more detail. In the MainActivity Intent, the object is created to redirect activity to the call manager, and the action attribute of intent is set as ACTION_CALL. Phone number input by the user is parsed through Uri and that is passed as data in the Intent object which is then used to call that phone number .setOnClickListener is attached to the button with the intent object in it to make intent with action as ACTION_CALL to make a phone call. Here is the complete code: 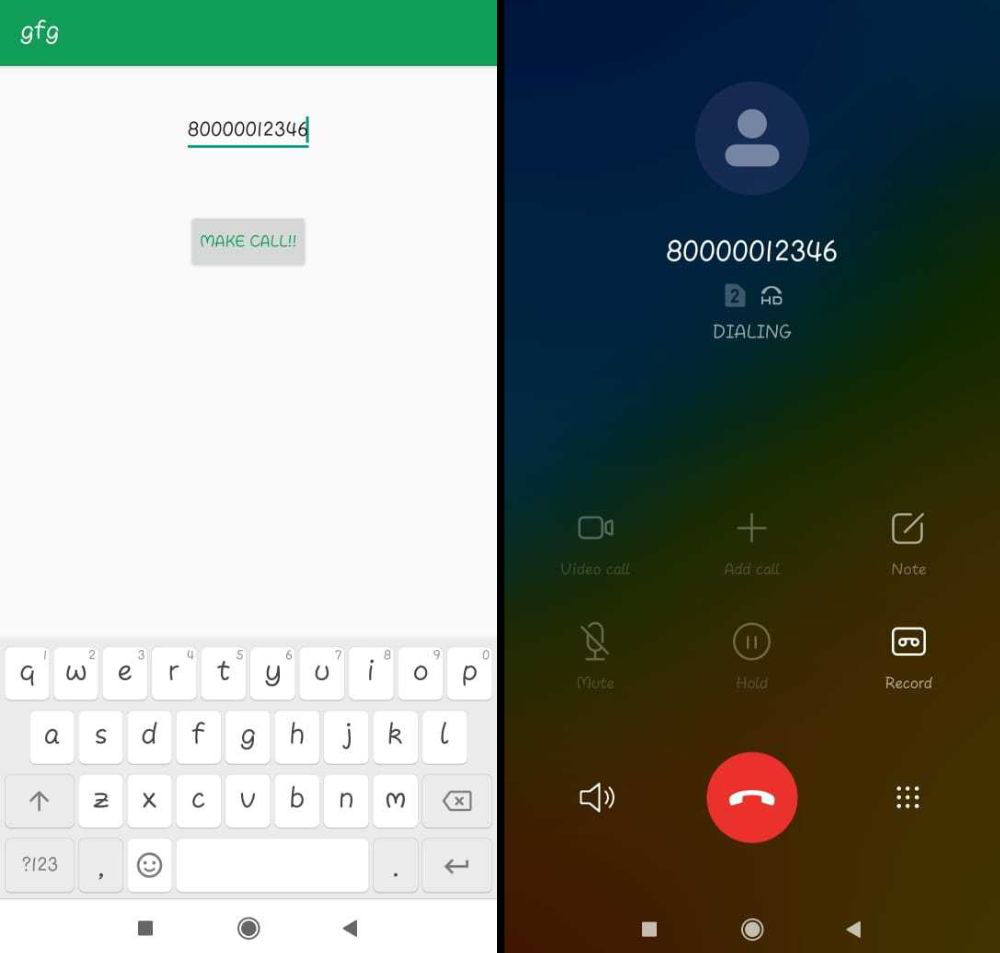