How to kill all processes in NodeJS?

The process.kill( pid[,signal] ) is an inbuilt technique in node.js that conveys a message to the cycle, pid (which is the interaction id) and sign are in the string design that is the sign to send.

Boundaries: This technique acknowledges two boundaries as referenced above and depicted underneath:

Note: If no sign is indicated, then, at that point, as a matter of course ‘SIGTERM’ will be the sign.

Return esteem: The process.kill() strategy will toss a blunder on the off chance that the objective pid isn’t found or doesn’t exist. This technique returns boolean worth 0 assuming that pid exists and can be utilized as a test for the presence of the objective interaction. For window clients, this technique will likewise toss a mistake assuming pid is utilized to kill a gathering of interaction.

Beneath models show the utilization of the process.kill() property in Node.js. 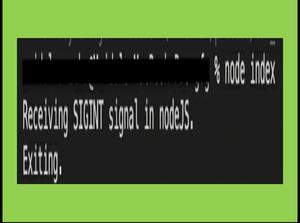 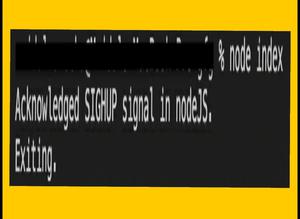