How to Install SWI Prolog on Windows?

SWI Prolog: SWI Prolog is computer software that is used to run programs written in Prolog language. It is developed by Jan Wielemaker. It is free software written in C language and can be run on different platforms like Linux, Unix, windows, mac, etc. SWI stands for Social-Wetenschappelijke Informatica which means “Social Science Informatics”, it is actually the name of group at University of Amsterdam where Jan Wielemaker worked as an employee. Its initial release was in 1987 and its first stable release was in 2021. In this software facts for any logical program can be written using conditional representation and after the compilation, the program can be tested for success or failure.

Prolog : Prolog is considered as a declarative language rather than programming language as it is not used to solve computational problems. It is used to solve logical problems which use rules or facts. The full form of prolog is programming in logic. Prolog is used in much artificial intelligence, natural language processing, and machine learning problems. Prolog is used to write facts or rules for problems and then prolog’s run time system checks those facts and rules whenever that problem is asked and returns a true or false statement for success or failure of the problem.

Follow the below steps to install SWI Prolog on Windows: 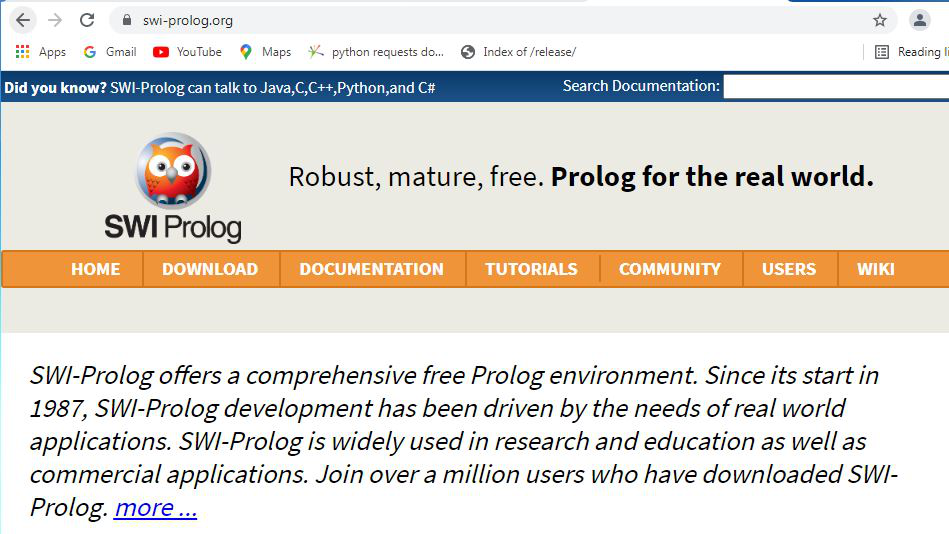 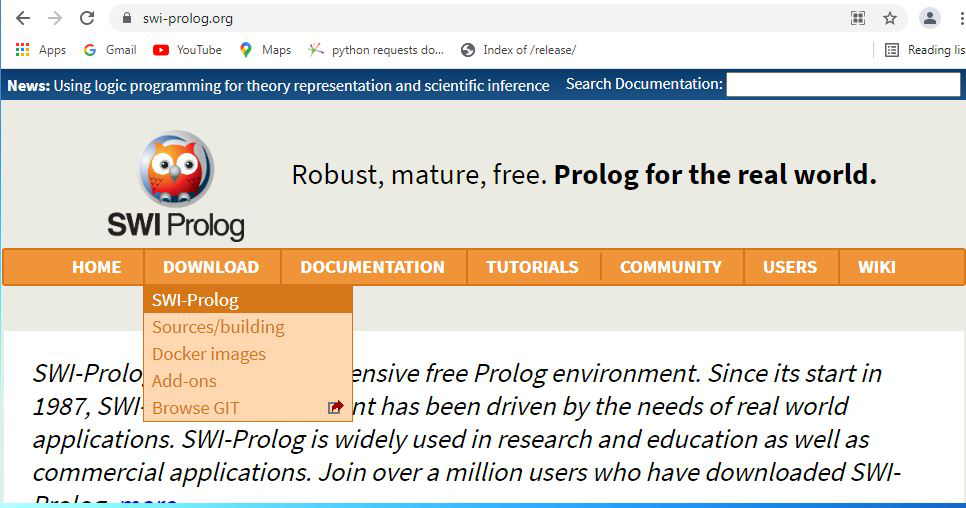 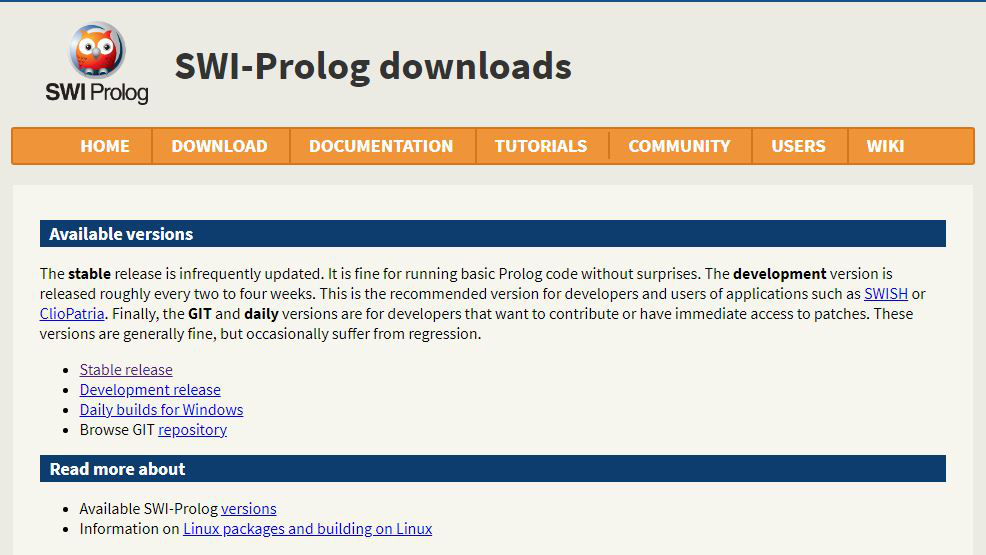 Step 4: After clicking on stable release new webpage will open which will contain stable versions of prolog for different platforms. Under binaries there are two stable releases for windows, first is SWI-Prolog 8.4.0-1 for Microsoft Windows (64 bit) and the other is SWI-Prolog 8.4.0-1 for Microsoft Windows (32 bit). Click on the one as per your system configuration. Lets take the one for 64-bit operating system. 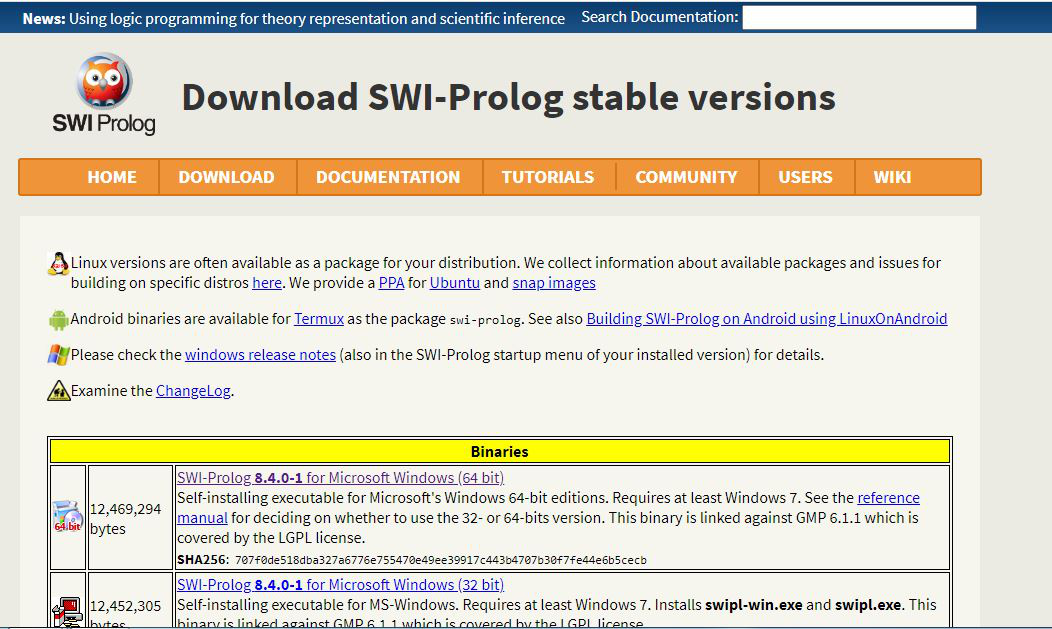 Step 5. After clicking on  SWI-Prolog 8.4.0-1 for Microsoft Windows (64 bit), a new webpage will open, check on I understand checkbox to make the download link active. Then click on the download link, downloading of the executable file will start shortly. It is a small 11.9 MB file that will hardly take a minute. 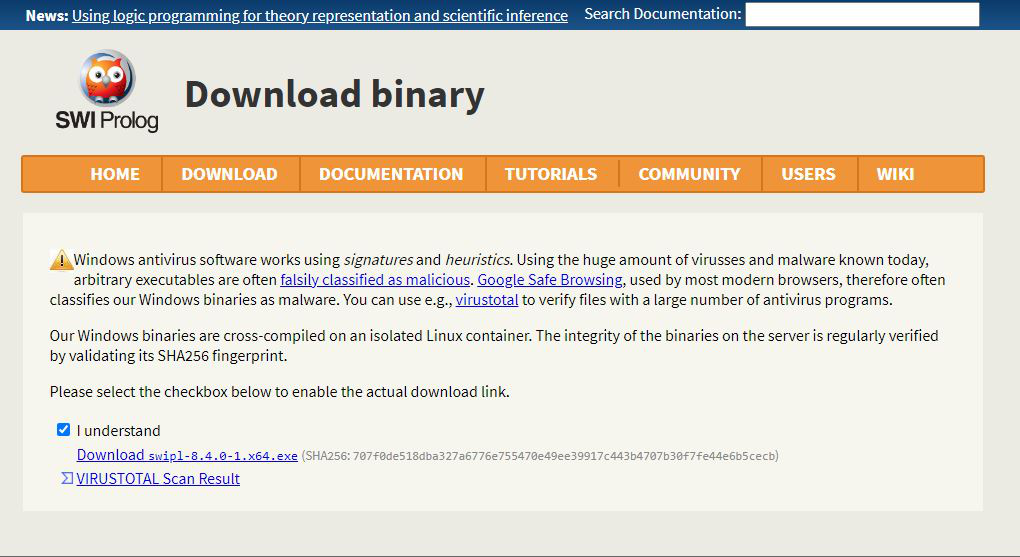 Step 6: Now check for the executable file in downloads in your system and run it. 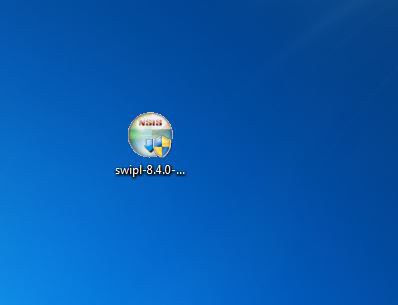 Step 7: It will prompt confirmation to make changes to your system. Click on Yes. 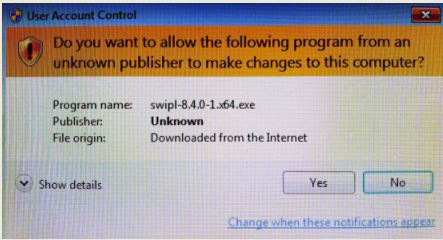 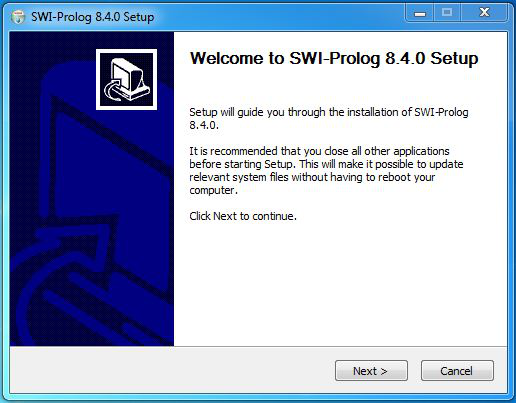 Step 9: The next screen will be of License Agreement, click on I Agree. 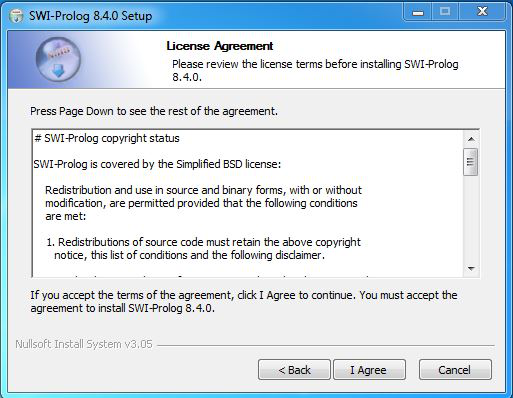 Step 11: The next screen will be of installing location so choose the drive which will have sufficient memory space for installation. It needed only a memory space of 50 MB. 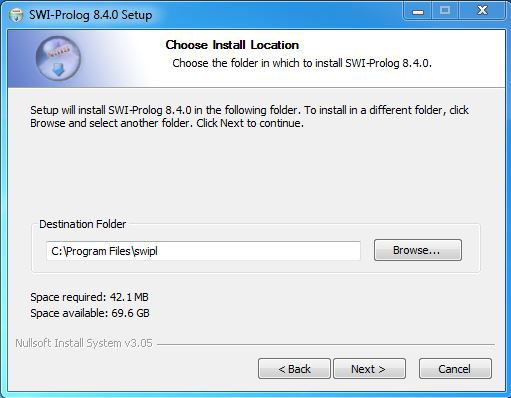 Step 12: Next screen will be of choosing Start menu folder so don’t do anything just click on Next Button. 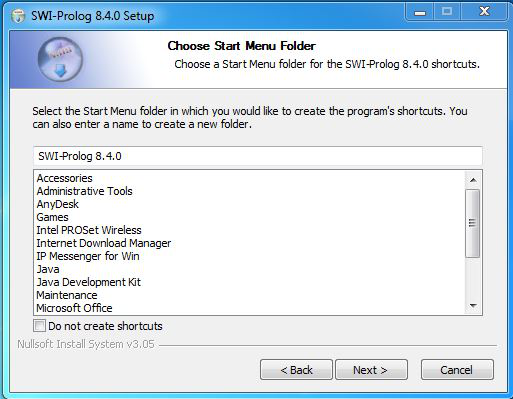 Step 13: This last screen is of choosing components, all components are already marked so don’t change anything just click on Install button. 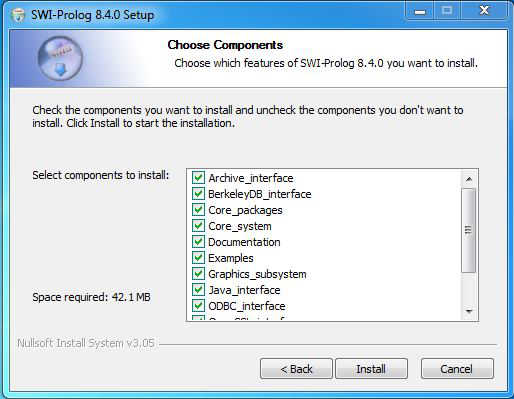 Step 14: After this installation process will start and will hardly take a minute to complete the installation. 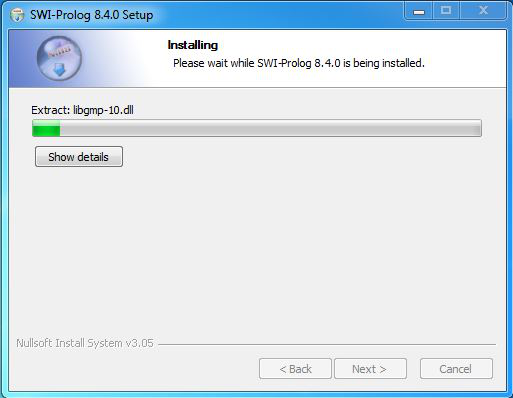 Step 15: Click on Finish after the installation process is complete. 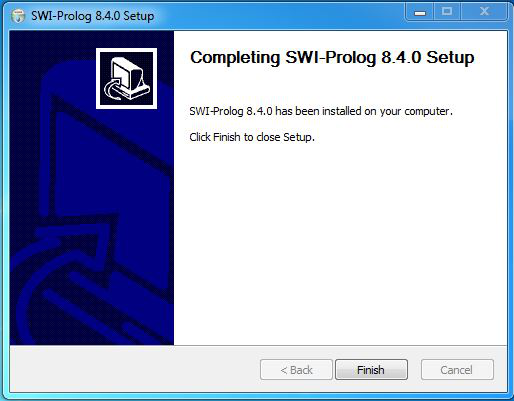 Step 16: SWI Prolog is successfully installed on the system and an icon is created on the desktop. 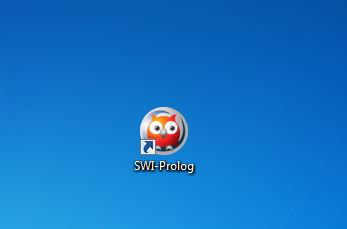 Step 17: Run the software and see the interface.

Congratulations!! At this point, you have successfully installed SWI-Prolog on your windows system.