How to Install Ruby on Rails on Windows and Linux?

Ruby on Rails or just known as rails, is free and open-source software written in Ruby language under the MIT license. It is a server-side web application development framework, designed to make programming web applications easier by making assumptions about what every developer needs to get started. Rails is a model–view–controller (MVC) framework that allows one to write less code while accomplishing more than many other frameworks. Rails itself provides the structure for a database, web pages, and a web service. Being object-oriented and a high-level programming language, it is gaining much popularity.

If they are not installed, first we need to install them.

Now that you have SQLite3 and Ruby installed in your system, it’s time to install Rails, for installation and setting up of Rails, follow the steps given below:

Step 1: Type the following command in the ruby terminal:

This will install rails in both Windows and Linux operating systems.

Step 2: To verify that rails have been installed, type the following command and it should report its version.

Step 3: To make your first web application in rails type the following command in the command line:

where project is the name of your application.
It will show something like this:

Step 4: It will create a Rails application called project. Then, cd into that project using the following command:

Step 5: To start up your web server, type the following command:

Step 6: Now navigate to the localhost 3000 and you will be able to see the following output: 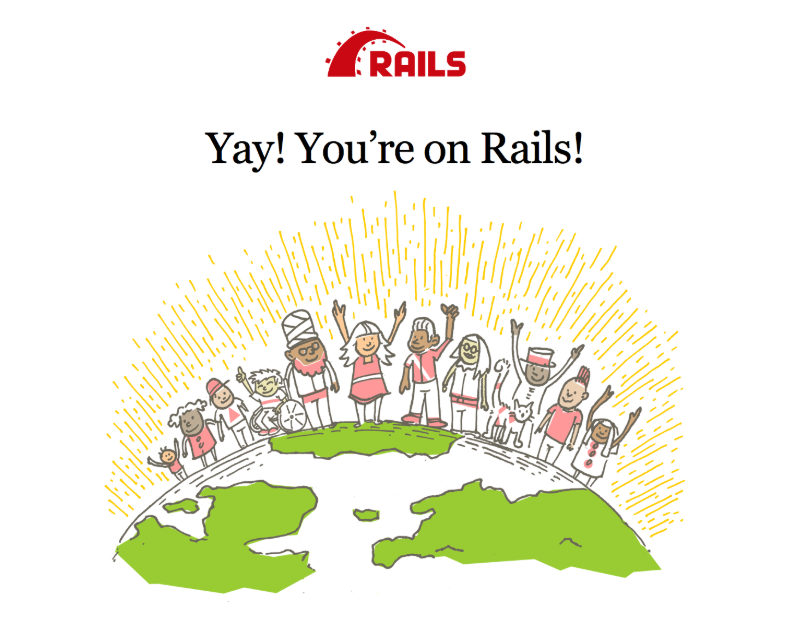