How to Install Rasterio on Windows?

Rasterio is completely associated with Python language. In Python, many packages & libraries are present. Among them, some important libraries are NumPy & GDAL. NumPy is commonly used a library in Python. This is used when arrays are implemented in Python codes. But GDAL is quite an unknown. GDAL is a transfer library of Python. It is used for Raster data formats. From there Rasterio concept comes. Using the help of these two libraries Rasterio works. It helps to easily work with geospatial raster data. Before going for installation, Anaconda distribution should be enabled & installed. Other than Anaconda, installation can’t be completed. Also for installing Rasterio, Python should be installed in the machine previously.

Installation Of Rasterio In Windows

Step 2: Then it will directly start installing. Wait for some time till the process is completed. 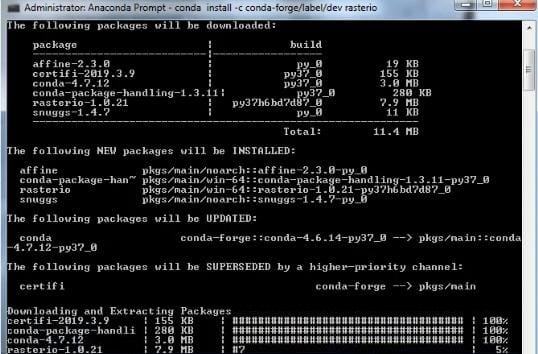 Step 3: Now the process is completed. There the ‘Done’ messages will be visible. 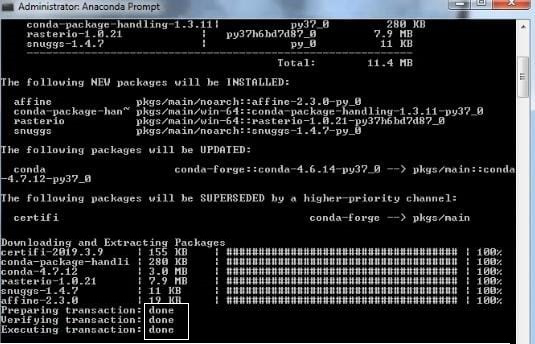 Step 4: Then open any terminal of Python Ide or Simple command prompt can be opened. Then execute the following command. If it is run without any error, then the installation of Rasterio is successful.