How to Install python-nmap Library on Linux?

Python-Nmap is a network mapper that is exceptionally vital in handling security auditing and discovering the network. It exists as an open-source project; thus it is available for free.

All the core operating systems support Python-Nmap. However, the binary packages are only available for Windows, Linux, and Mac OS X. Nmap is essential in port scanning tasks by manipulating Nmap scanning results programmatically. Here we are going to see how to install python-nmap Library in Linux.

Critical features of Nmap worth diving into include:

There are two varied ways to test the Nmap methods:

Method 1: The first approach is writing scripts in python and running them on the terminal using the following command.

Method 2: The second approach involves testing the Nmap methods over a command-line interface. To achieve this, open the terminal and run the command “python” so that you get an interface like the one below. 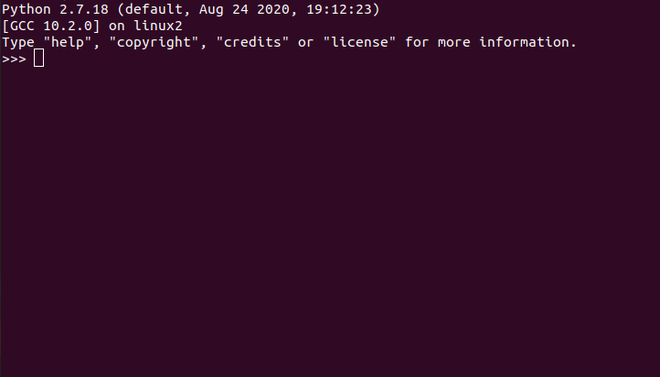 We also need the python module called python-nmap. It is responsible for host and service discovery within the computers’ network. It does so by analyzing responses from identified hosts after initializing sending specific packets to these hosts.

There are two ways to install python-nmap. The first involves installation on the terminal while the second one involves downloading the python-nmap library and doing a manual installation.

Method 1: Installing Python-Nmap through the terminal

So we will run the following command:

In this second approach, we will list all the steps necessary to download the python-nmap library till it is ready for use.

Step 2: Use tar to extract the contents

Use tar to extract the contents

Change directory to the extracted contents

Step 5: Confirm that Python-Nmap is successfully installed and ready for use.

Confirm that Python-Nmap is successfully installed and ready for use

We also need a virtual environment to separate concerns between the different modules and to differentiate the other projects. This is important if you decide to write python scripts and run them instead of the command-line interface.

Testing Nmap on the Command-line Interface

Open the terminal by pressing Ctrl + Alt + T on the keyboard. Then, type the word python and press enter on your keyboard

To test the various Nmap commands, we will first import the Nmap module using the following command.

Next, we need to instantiate the Nmap’s port scanner as follows

What’s next is setting both the port and host range to scan as below:

Next, we can print the command_line command used for the scan as shown

If we want to get scan information on the Nmap, do as follows:

To scan every host, we need to run the following commands

Similarly, we can also scan for all the protocols. It returns the protocol for the specific network being scanned.

The result in our case was:

Get the state of a specific host as follows

It will be indicated if the host is up or down. In our case,

Keys() method is responsible for displaying information on all the active ports while providing the range. The following is how to use the keys() method.

Validate port information of a given port. For instance, for 20 on the given host is as follows