How to Install Lightgbm on Linux?

Lightgbm is an acronym for Light Gradient Boosting Machine. It is a machine learning framework based on decision tree algorithms. It is an open-source and free distributed gradient boosted model library. It is used for classification and other machine learning tasks. It is built by Microsoft Corporation and was first released in the year 2016. The current stable version of lightgbm is v3.2.1 / April 12, 2021. It is written in Python, R, C, and C++. In today’s article, we are going to cover how we can install the lightgbm on a Linux machine.

Step 1: Open up the Linux terminal and make sure you have pip installed on your system.

Step 2: Run the following command to install the lightgbm. 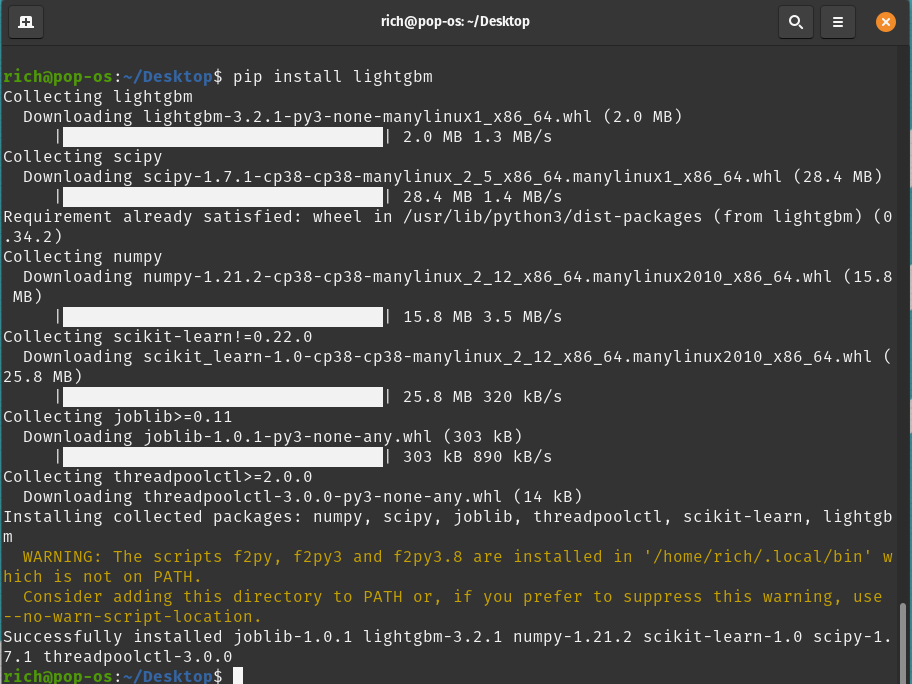 Before Installing the Light GBM on Linux, we must have these dependencies installed on our machine tools like CMake and GCC or Clang to build the package. Installing package manager to install the necessary dependencies for lightgbm.

Confirm the installation by entering the “Y” (means yes, you are willing to install this tool ) 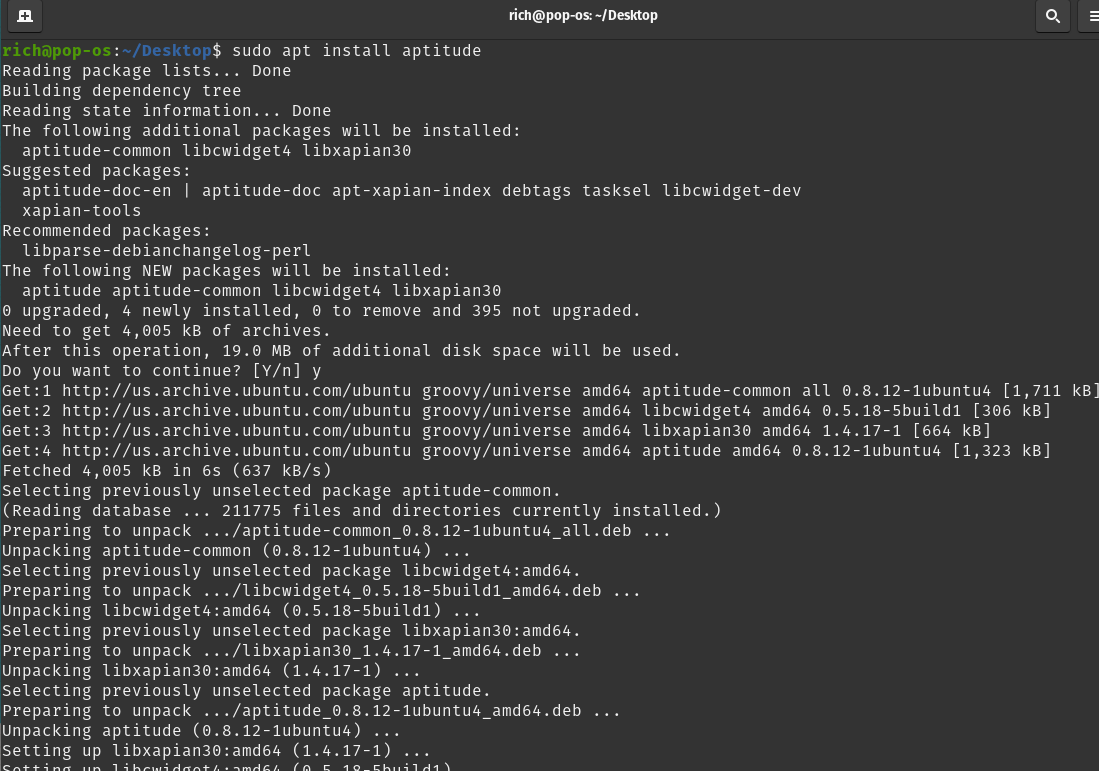 Step 2: Installing the CMake library, it is a compiler to compile the lightgbm package. 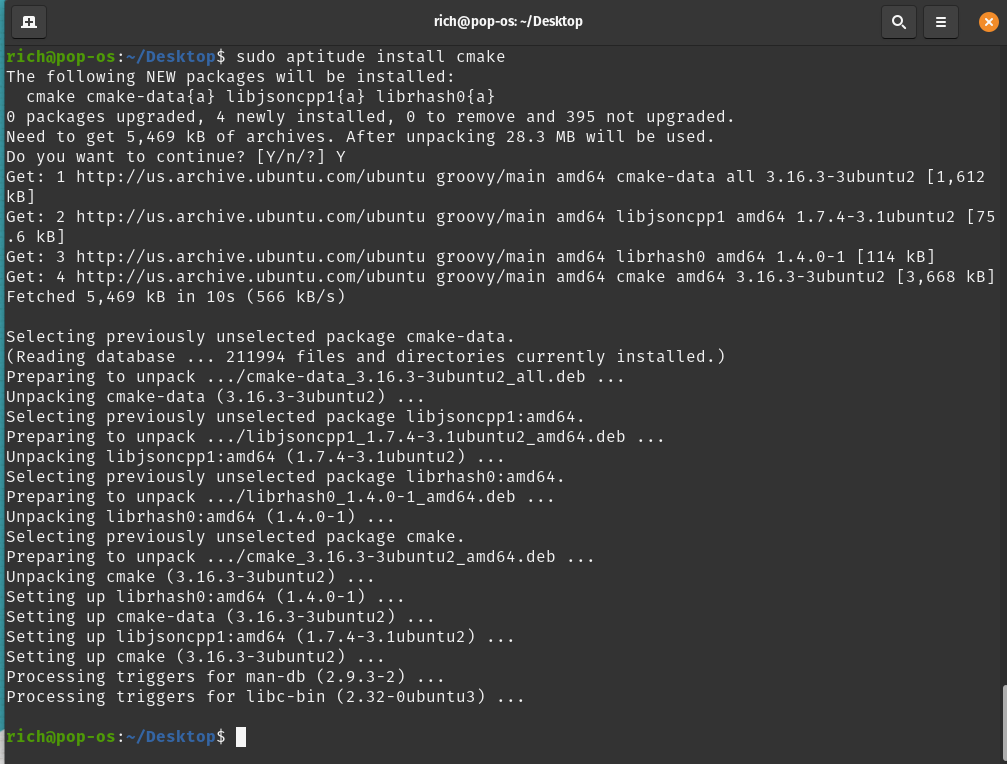 Step 3: Download the lightgbm package from the GitHub repository by running the following command in your Linux terminal : 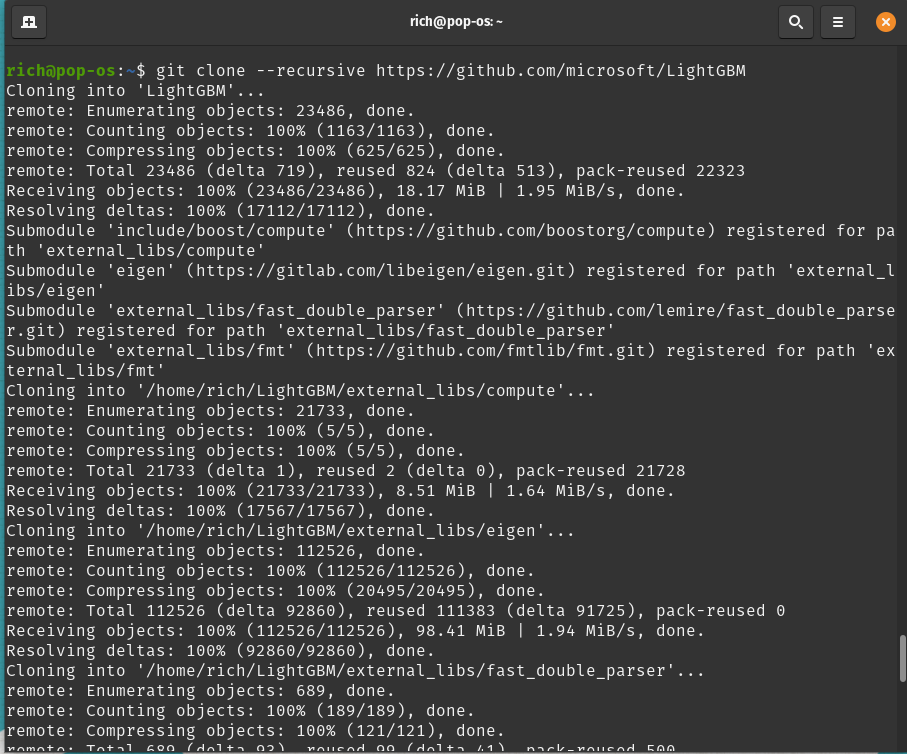 The above command will change the current directory cd to the newly downloaded Light GBM folder and mkdir command will create a directory/folder named build, where we are going to build the package using CMake command.

Step 5: Navigate to the build folder and run the CMake command. 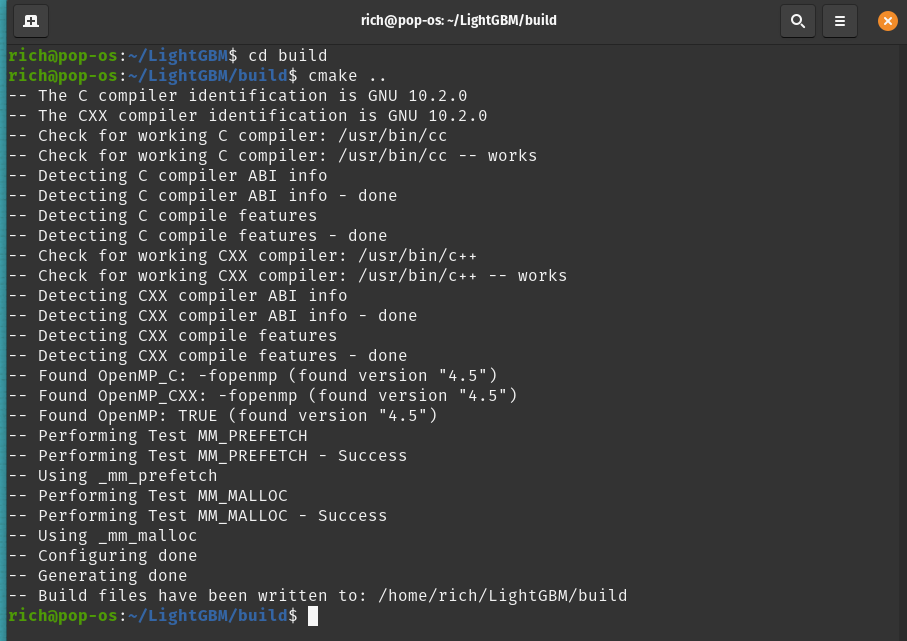 Step 6: Run the make command to install the package.

This command will make the package and install it onto your Linux system. 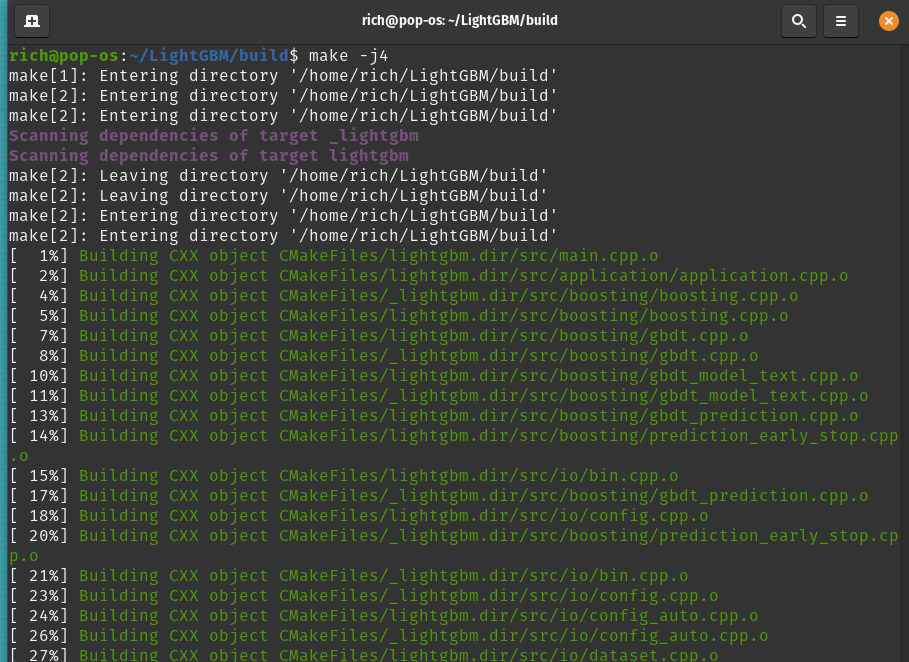