How to Install John the Ripper on Windows?

John the Ripper is password cracking software used by penetration testers and cyber security experts. It is completely free. In starting it was only made for Unix operating system but now it can be used on several other platforms also like windows, mac, etc. It was first released in 1996 by OpenWall. Its latest version is 1.9.0 which was released in  2019. It has the ability to crack passwords and also it automatically detects the hash type if passwords are saved in a hash rather than plain text, it combines a number of strategies to crack passwords. It is mainly used to perform dictionary attacks and brute force attacks on any system or application.

Installing John the Ripper on Windows:

Follow the below steps to install John the Ripper on Windows:

Step 1: Visit the official website of John the ripper using any web browser.

Step 2: There are two options available for windows one is 1.9.0-jumbo-1 64-bit Windows and the other is 1.9.0-jumbo-1 32-bit Windows. Click on the one as per your system configuration. Let’s take the one for the 64-bit operating system. Downloading of the executable file will start shortly. It is a small 21.1 MB file that will hardly take a minute.

Step 3: Now check for the zip file in downloads in your system and extract it. 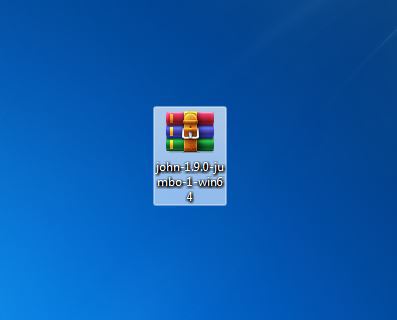 Step 4: After extraction, a new folder will be seen on the desktop, open it. 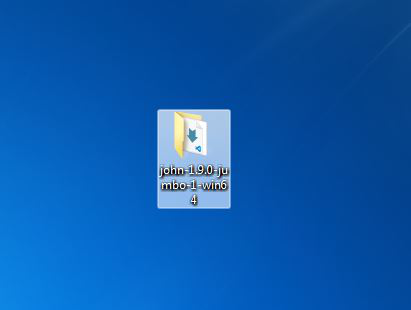 Step 5: Below folders are inside the extracted folder. 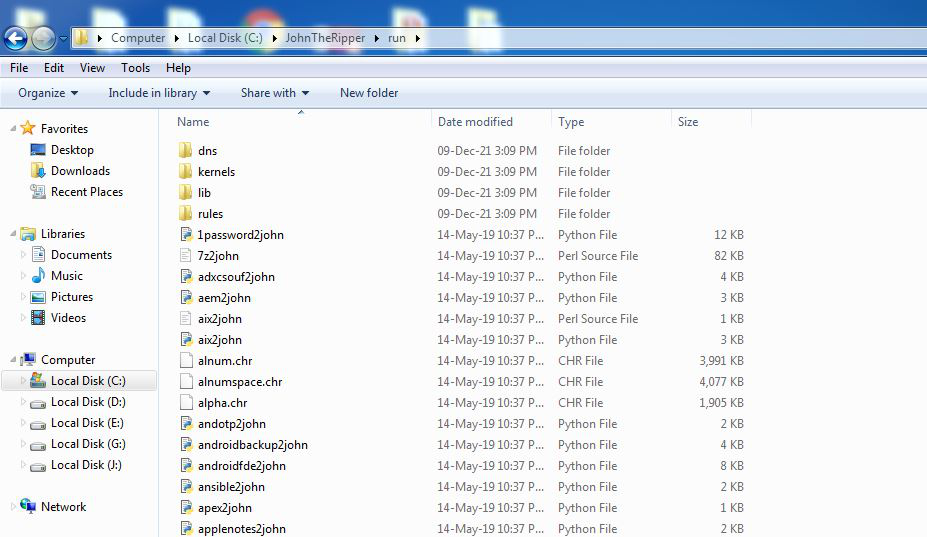 Step 8: Type cmd on as shown in the below image and press enter.

Step 9: The command prompt will open with the current folder. 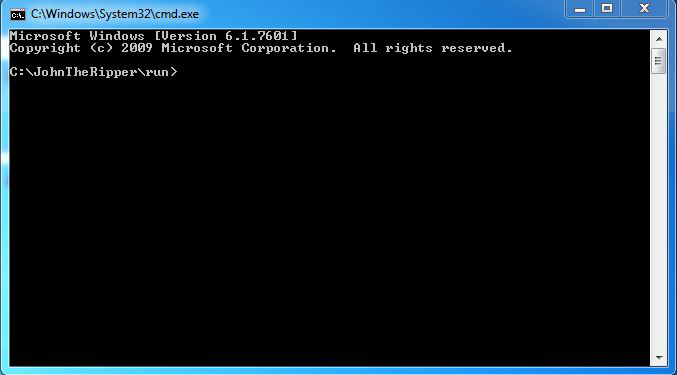 Step 10: Type dir for listing all files and folders. 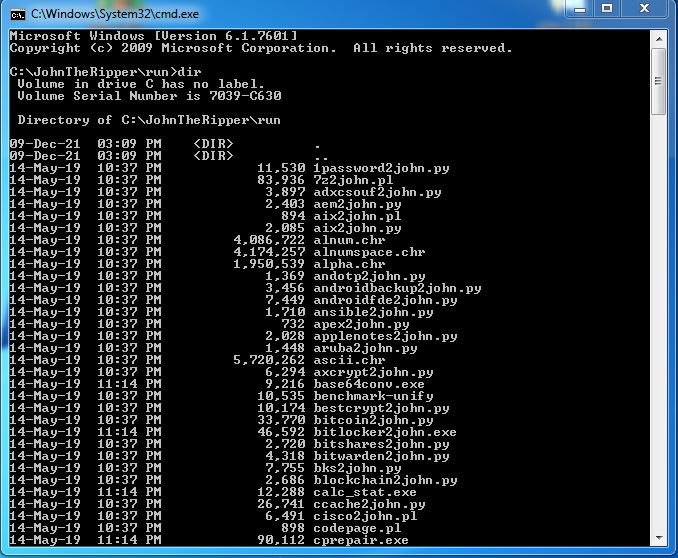 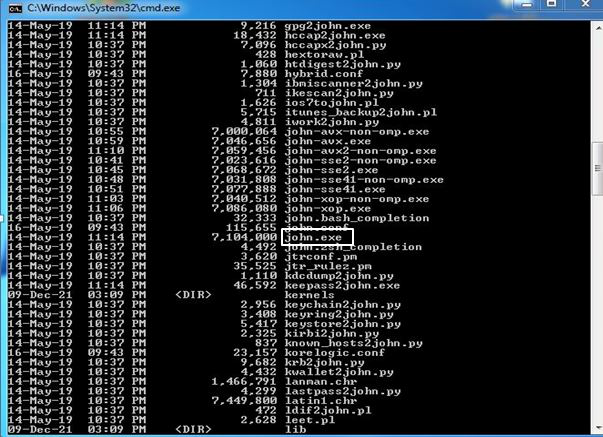 Step 12: Type john and press enter, it will show the version of john the ripper so it is working correctly. 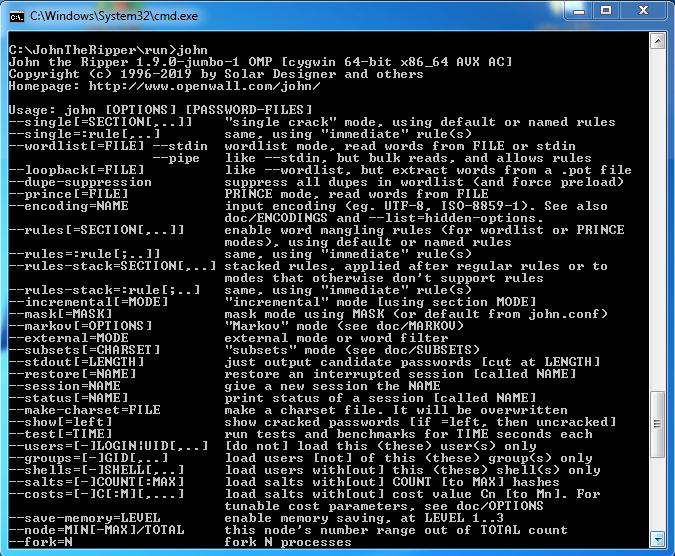 Congratulations!! At this point, you have successfully installed John the Ripper on your windows system.