How to Install Git-GUI on CentOS?

There are many GUI clients are present for git, but among all of them, GitKraken is widely used. GitKraken is a GUI that provides graphical interfaces which make it easy to understand Git branches. In a big project of IT companies, it is impossible to develop one full project by anyone. So, it is being divided among the team members of a project. They develop different parts of the projects. Git is being used here to merge all the chunks of code & make a complete project using the Git branch concept. Understanding the branch location & implementation process makes easier by GitKraken. CentOS is a development platform. It is used to predict projects being delivered to clients. It is widely used as it is a more stable platform than others. CentOS basically used for contributing & test a continuous project. Being a part of Linux, CentOS has all the features of Linux. But still, it can work as an independent one. Before installing GitKraken, CentOS should be installed on the machine. Following are the features of GitKraken,

Follow the following steps to install Git GUI in Centos,

Step 1: At first, open the terminal for CentOS. Then the following command should be executed. This command will help to download the GitKraken to the machine. So wait for some time till the process is completed.

Step 2: Then the following command should be run. This command will install the downloaded GitKraken on the machine. This will take some time to install.

Step 3: After successfully installing, the following commands should be run. These commands will start GitKraken. Wait for some time before starting GitKraken. 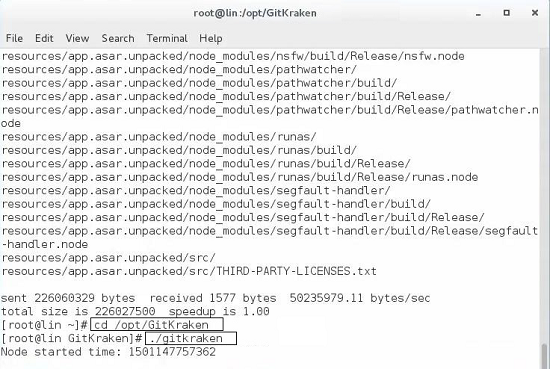 Step 4: After waiting GitKraken window will open. So, it is successfully installed. 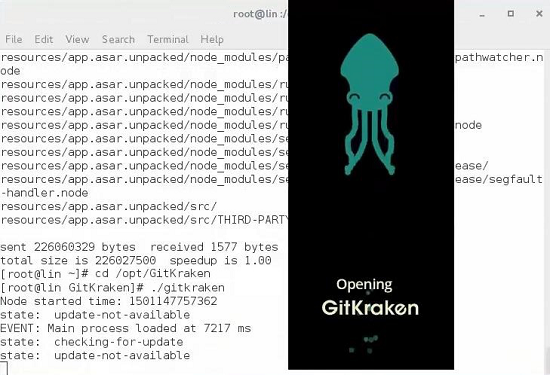