How to Install Boto3 in Windows?

Boto3 is the Python component. It can assume as a package that needs to take the help of Python for execution. Actually, Boto3 belongs to Amazon Web Service. It is used for implementing software & deploy them on the internet. It is very useful regarding developing hudge projects in different companies. Boto3 is widely used as it needs Python programming language. Python is mainly used by developers as it is more robust in nature. Developers are used Python for developing software and deploying it Amazon web server. For installing Boto3 in the machine Python should be installed previously. As well as Pip should be installed in the machine beforehand.

Installation Of Boto3 In Windows

Step 1: At first, the command prompt of Windows should be opened. Then the following command should be executed. This command will take the help of Pip & install Boto3 on the machine. As well as it will first download the Boto3, then configure it & at last, it will install it on the machine. Wait till the installation is completed. After the installation is completed, the ‘Successfully Installed’ message will be visible.

Step 2: After installation is completed, any IDE for Python should be opened. There run the below-mentioned code. This is like a default code for Boto3. It will provide some predefined output.

Step 3: After executing the above code, if the following output is appearing, then the installation is successful. It will provide the configuration which was Boto3 made during its time of installation.

Step1: In order to install Boto3 through conda, the environment “xyz” is created.

Step 2: In order to install Boto3, the following command is applied in the command prompt,

Step 3: Following packages along with boto3 that will be installed, the new packages that are installed are, 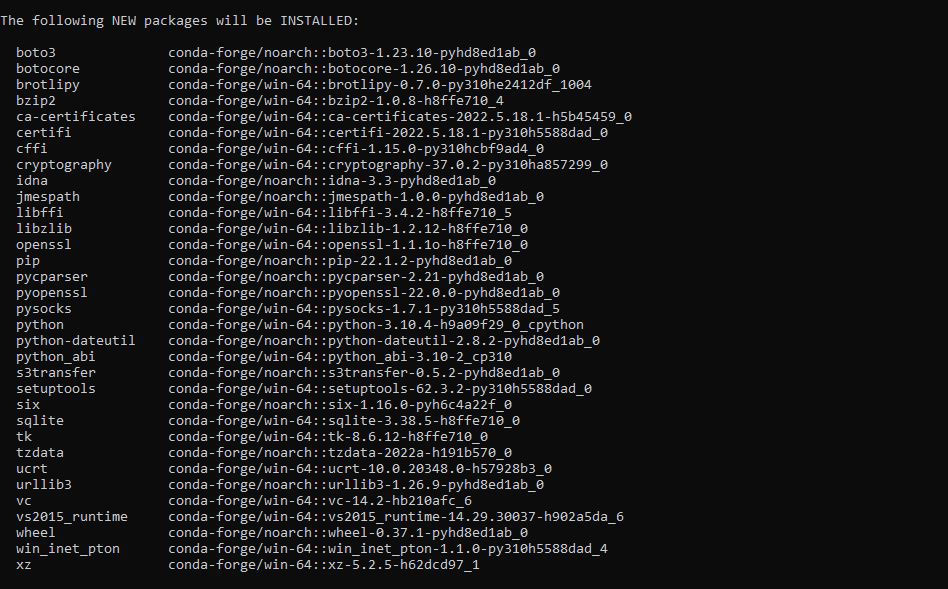