How to Install Boost Library in C++ on Linux?

Boost is a set of libraries for the C++ programming language. It contains 164 individual libraries. It was initially released on September 1, 1999. Furthermore, it provides support for many tasks such as pseudo-random number generation, linear algebra, multithreading, image processing, regular expressions, and unit testing. In this article, we are going to learn how we can install a boost library in C++ on Linux.

To install the boost library on your Linux, run the following command in your Linux terminal. 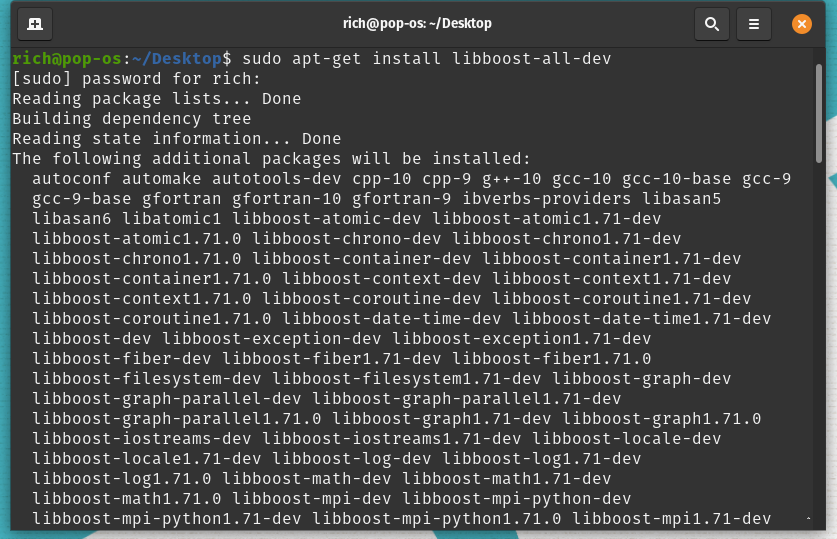 Confirm the installation by pressing y from the keyword. This will confirm that the user wants to install the above-listed packages.

To verify the installation, let’s run a sample program using the boost library.

In this sample program, we are going to create an array using the boost library. For that, we have to include the boost’s array header file into our CPP program.