How to Import Existing Flutter Project in Android Studio?

In this article, we are going to see the process of importing an existing flutter Project into the Android Studio. This is going to be quite easy, we just have to take care of some steps involved in it. Before going on the main topic let’s have brief info about Flutter and Android Studio as well.

Flutter is is developed by Google and it is an open-source UI toolkit or we can say framework for creating some effective, beautiful native Android and iOS application from a single codebase, which means that we don’t have to worry about different platforms for building separate apps for Android and iOS we can develop a single app that would go for both the platform. The programming language that is used in Flutter to develop applications is known as Dart.

Android Studio is known as the official IDE for developing all kinds of android applications which is supported by the Intellij IDEA which is an IDE for writing JAVA code, Android Studio offers various effective features that help developers to create a normal and complex android application as well. It supports a fully functional Android Emulator on which user can emulate their developed application which also has a features great feature, we can test our application on every level on that emulator before deploying on the real device.

How to Import an existing Flutter Project in Android Studio?

Step 1: Open the Android Studio and select Tools from the menu bar and click on SDK Manager. 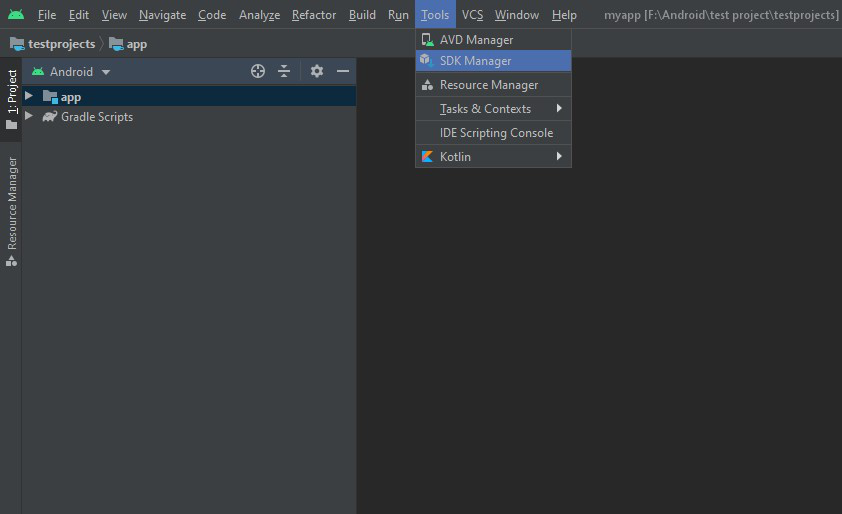 Step 2: In the newly open window click on the plugins and in the search bar search for Flutter and Dart and then install it. 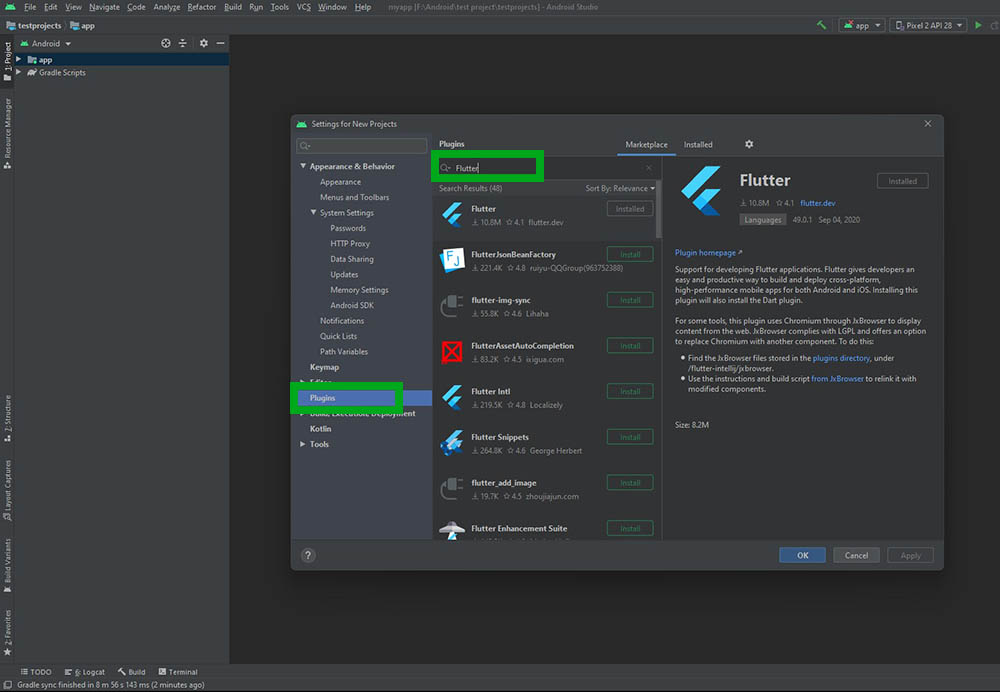 Step 4: Now after installing Flutter and Dart we are ready to import a Flutter project. For that just go for File>New>Import Project. 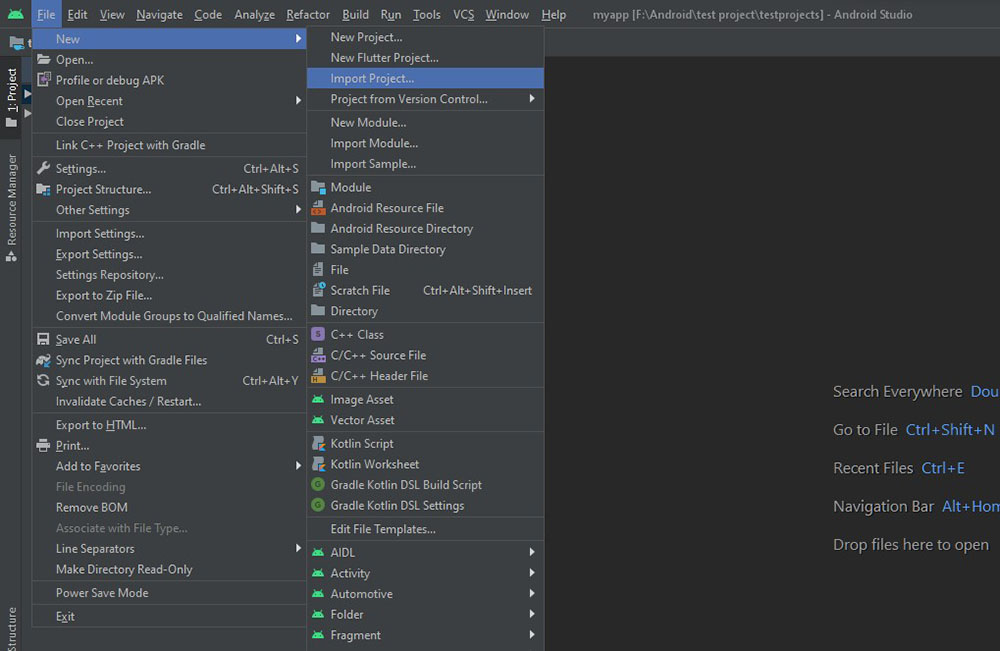 Step 5: Now in the new pop-up window go for the directory in which the Flutter project is already available in this case we have a testapp project. Click on that directory and we have successfully imported an existing Flutter project in Android Studio. 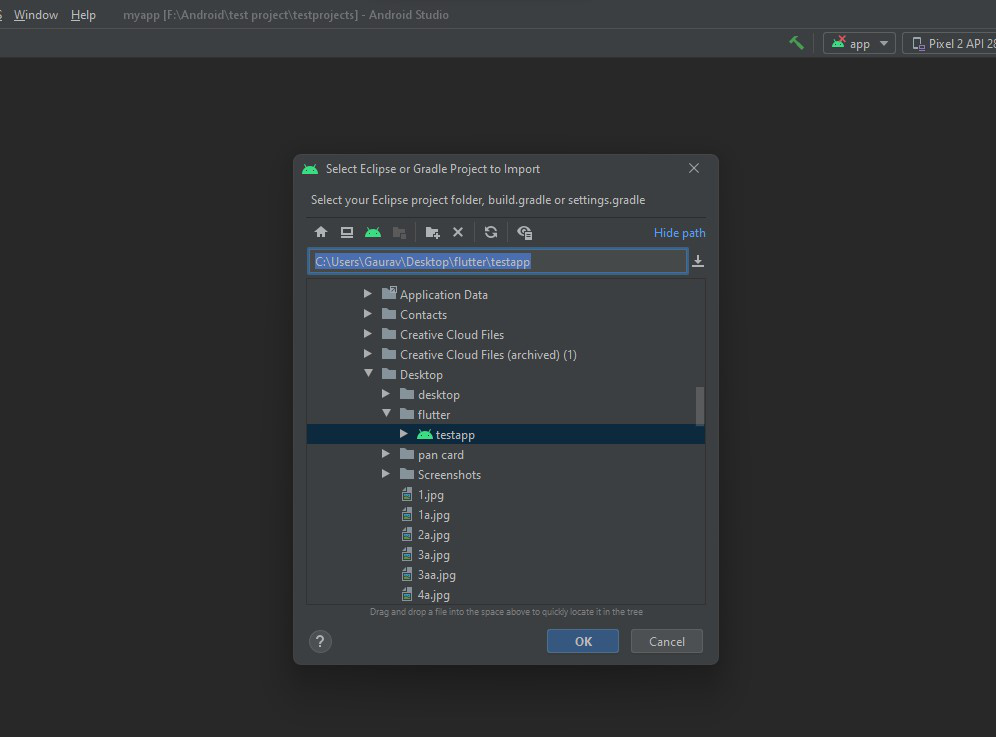 Step 6: Now there will be a default .dart page over there which has already a sample code written on it and we can check it by running the application by selecting Chrome web as our device and clicking on the Green play button to run the application and we can see our result on the web page. 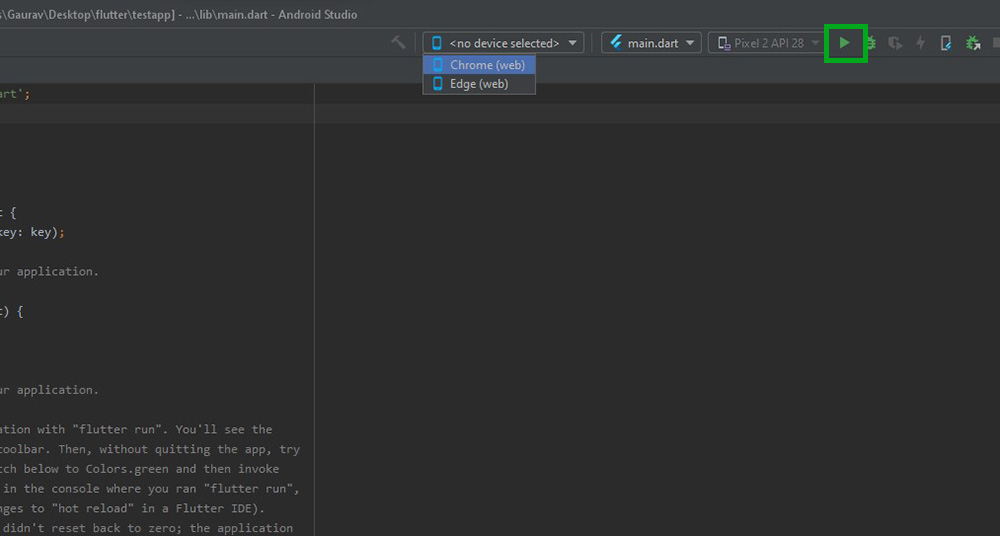 Complete Interview Preparation
View Details
System Design-Live Classes for Working Professionals
View Details
Data Structures & Algorithms- Self Paced Course
View Details
Most popular in Flutter
Most visited in How To
We use cookies to ensure you have the best browsing experience on our website. By using our site, you acknowledge that you have read and understood our Cookie Policy & Privacy Policy