How to Create GUI Applications Under Linux Desktop Using PyGObject

Note: Make sure you have installed Python on your Linux machine.

There are two ways for creating GUI applications in Linux.

Method 1: The Code Only Method

In this method, we will be creating the GUI components directly by program code, rather than using any drag and drop approach. So follow the below steps to create the application using the code-only method.

Step 1: Create the test.py file by using a text editor. 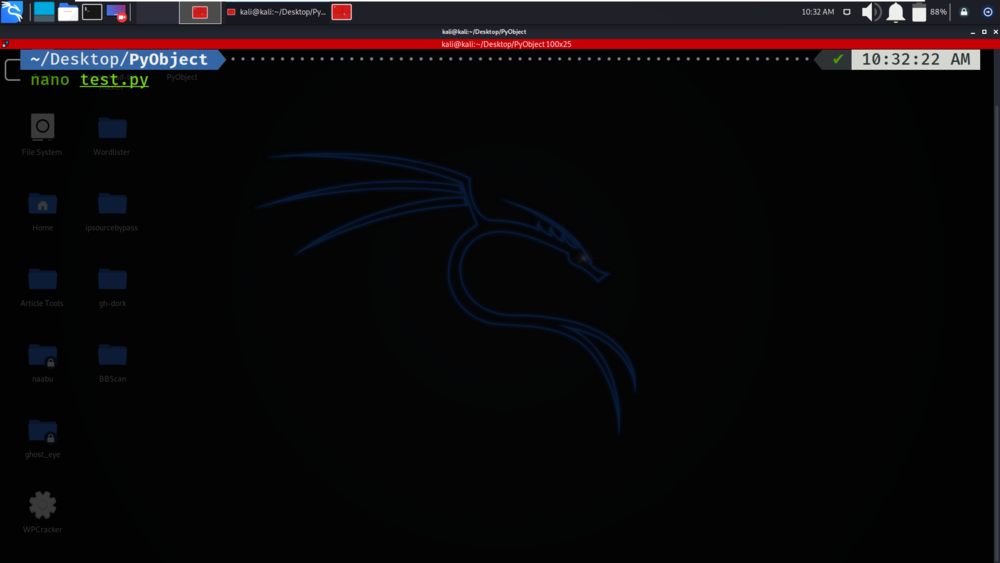 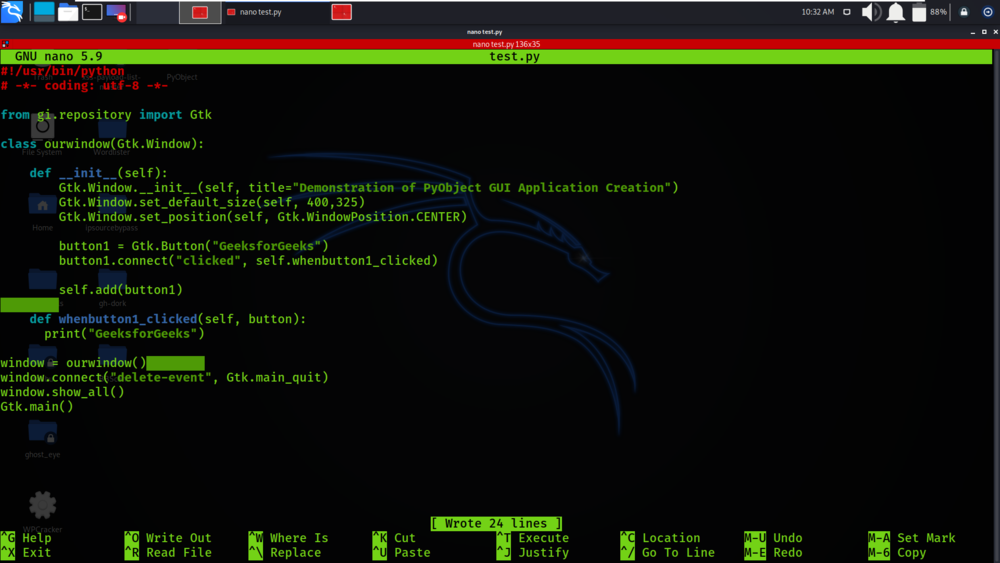 Step 3: Change the permissions of test.py file by using the following command 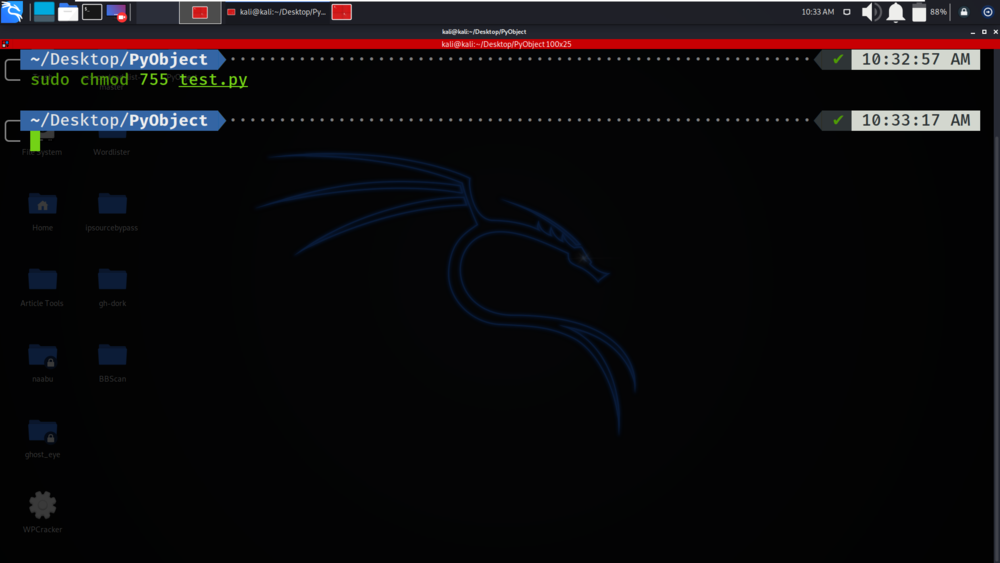 Step 4: Run the test.py file by using the following command. 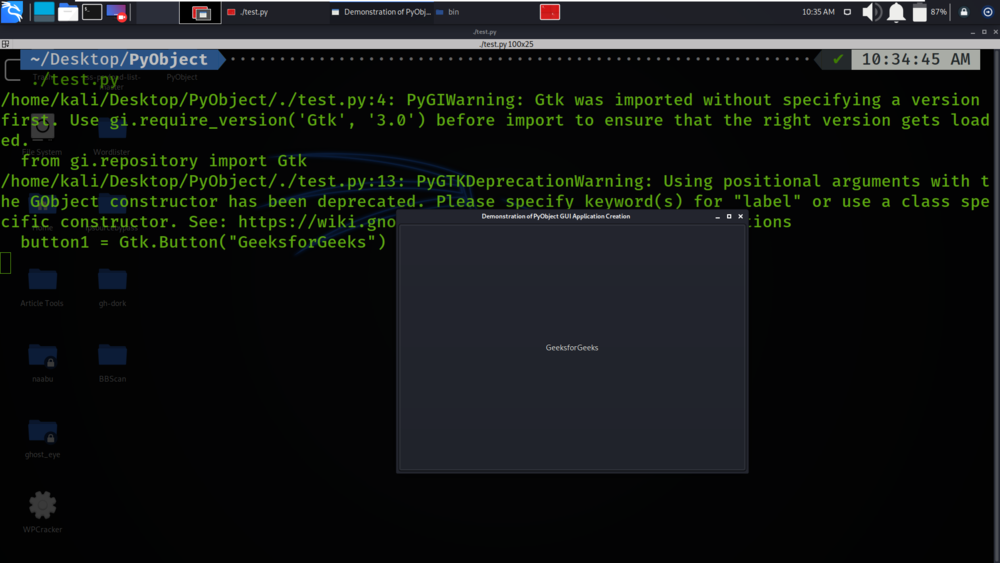 Step 5: Now, you can see that the application window have been displayed and the button is been visible on the screen. So after clicking on the “GeeksforGeeks” button. The message is been printed on the terminal. 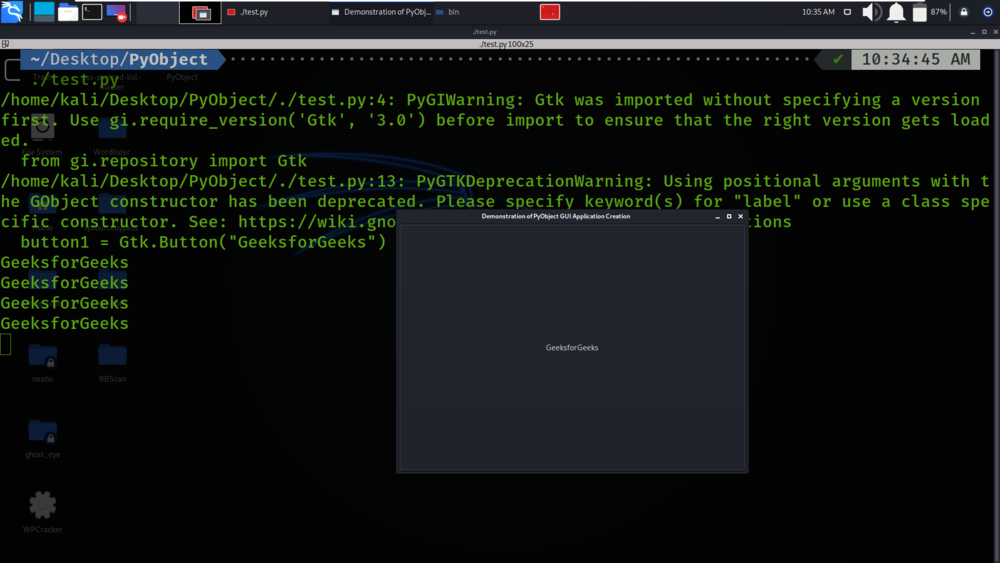 So, in this way, we can create GUI applications directly from the code itself.

Step 1: Install the Glade package on a Linux environment by using the following command. 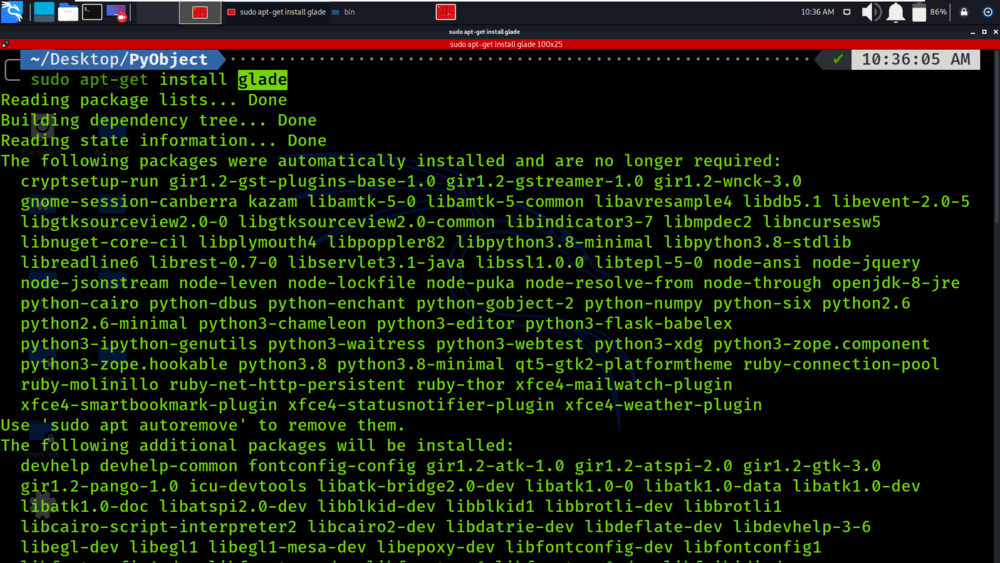 Step 2: Launch the Glade Designer application by terminal itself or by navigating through all apps on Linux applications. 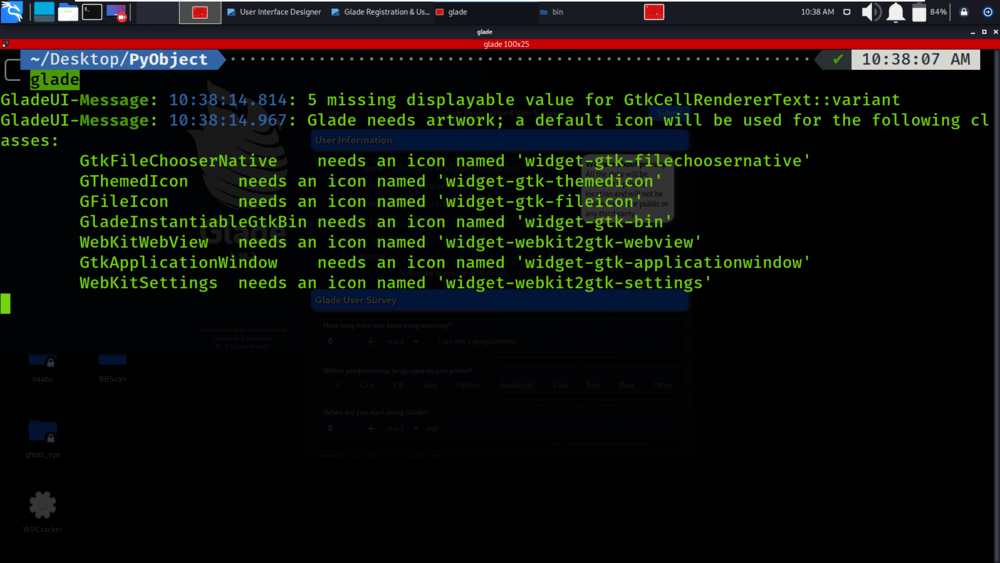 Step 3: The following screenshot displays the GUI of Glade application. 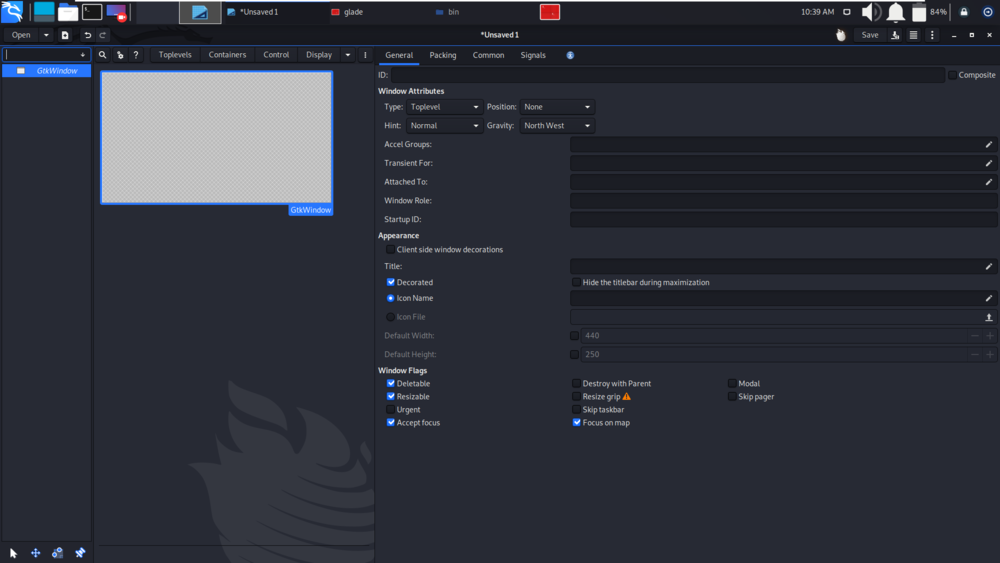 Step 4: Now, we will be creating the Window on which control objects are been placed. So, select the Window(GtkWindow) from Top Levels option.

Step 5: Now, place the button on the Window from Control option. 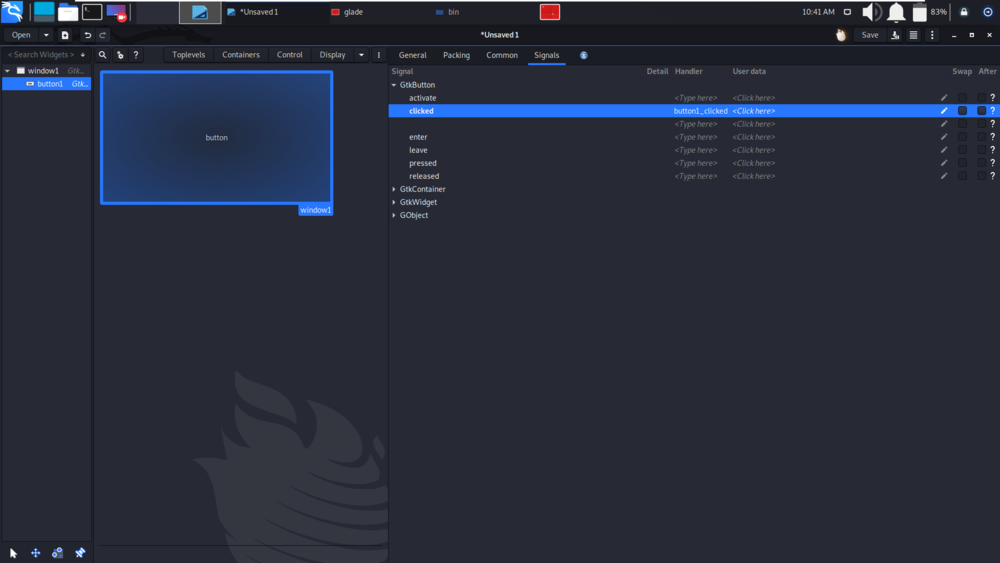 Step 6: Make sure to click the clicked option in signals tab and give the name to the handler as button1_clicked. 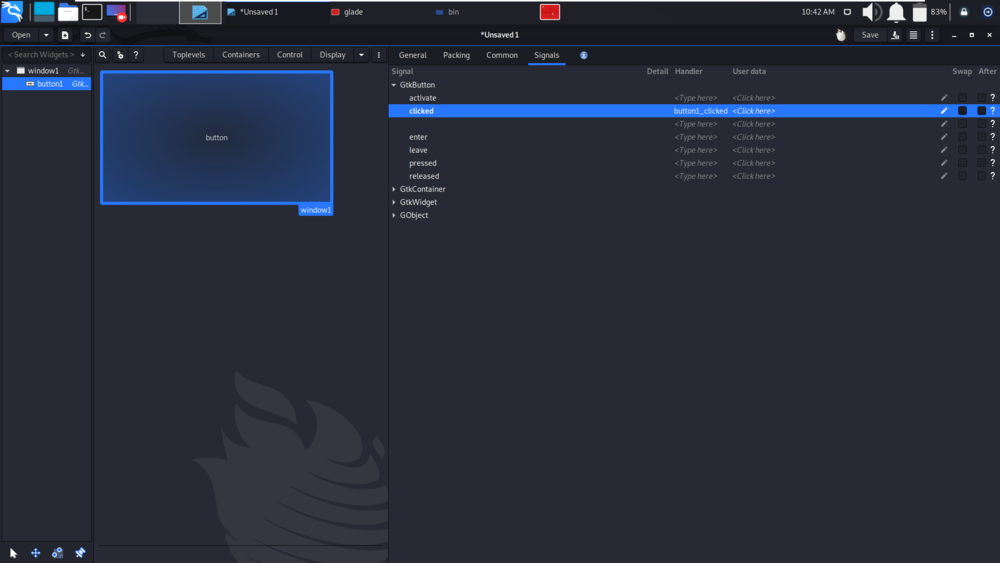 Step 7: Click on the Save option and save the file as myprogram.glade. 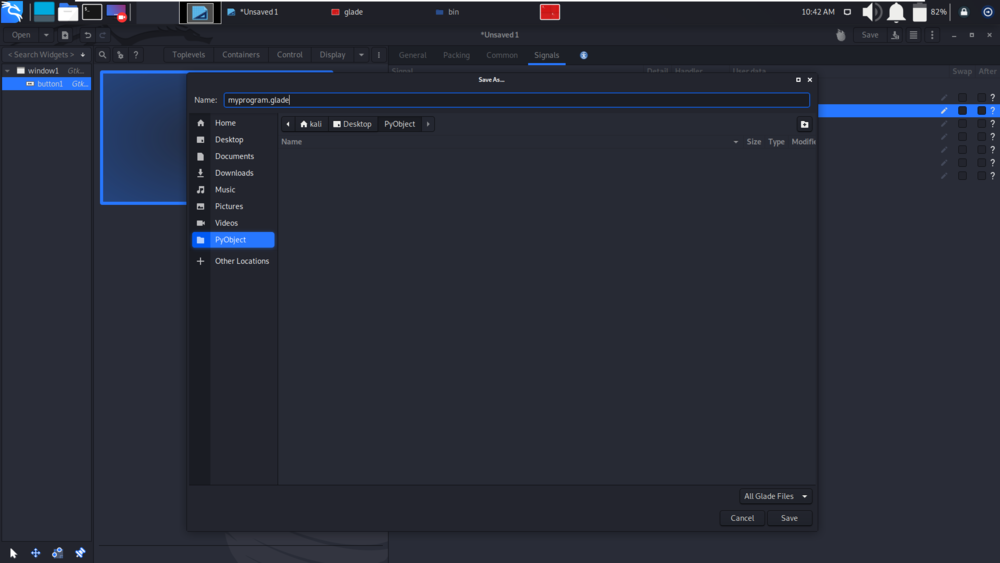 Step 8: Now, create a new python file by using a text editor and adding the below line of code into it. Make sure to add the file name of .glade file in program code. 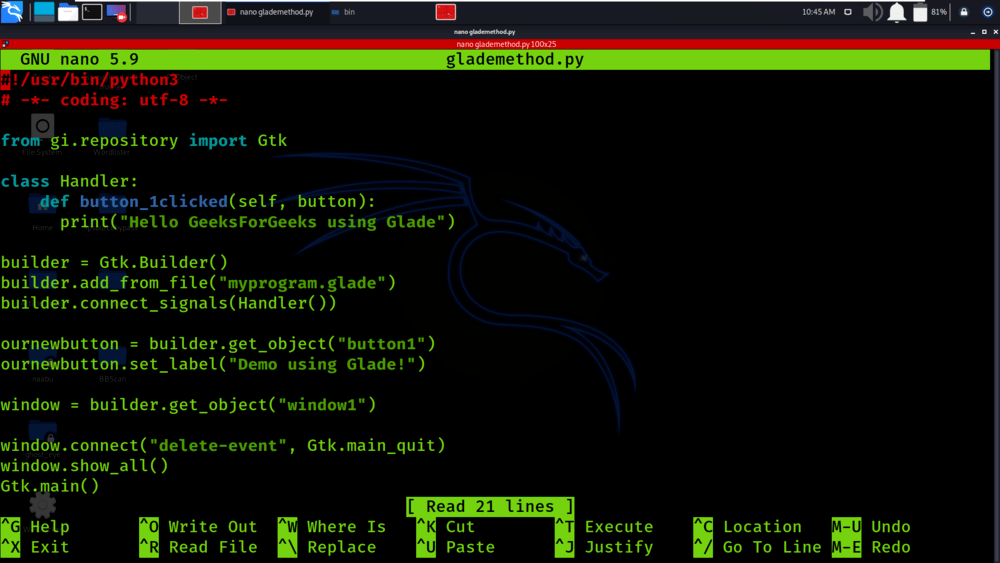 Step 9: Change the permissions of glademethod.py file by using the following command. 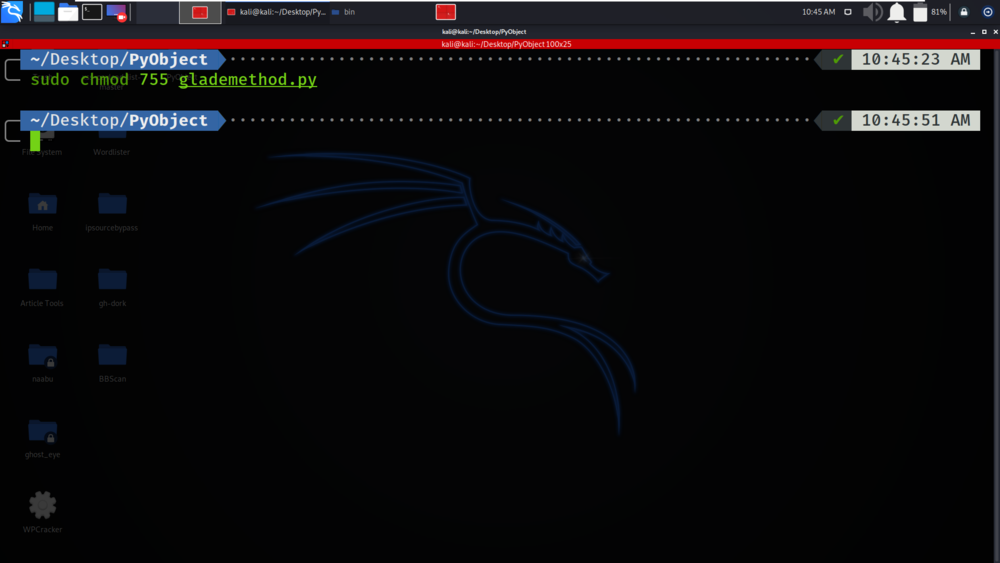 Step 10: Run the glademethod.py file by using the following command. You will see the Window opened and the created button will be displayed. 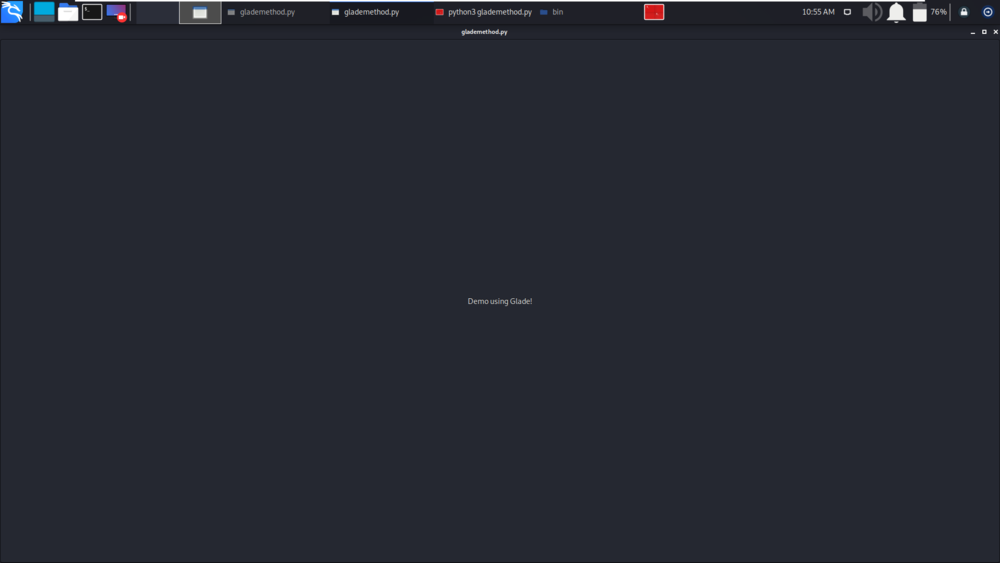 Step 11: After clicking on the button on the window, the message is been displayed on the terminal. 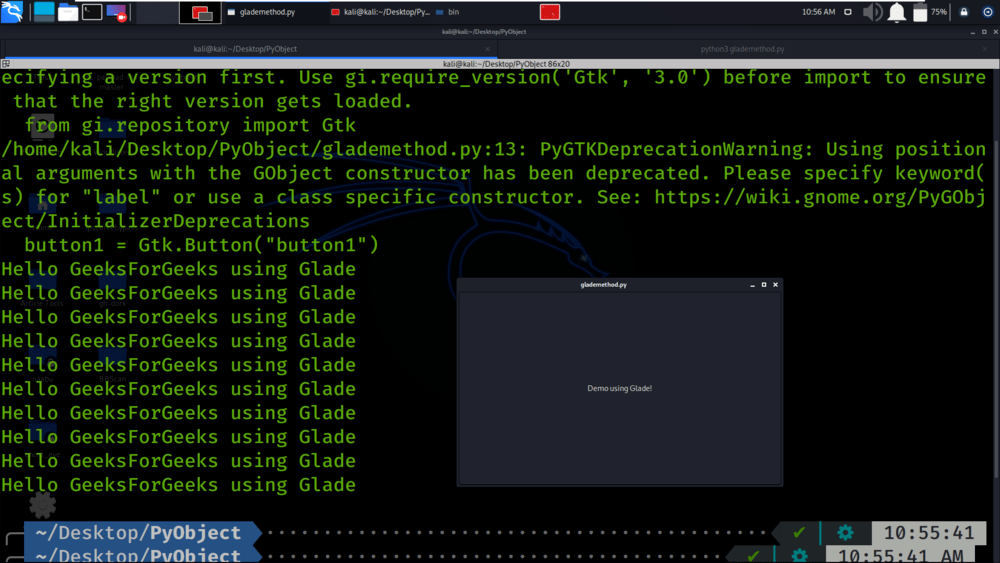 So, in this way we can create GUI applications using Glade Designer method only be dragging and dropping the components.