How to Create and Interpret Pairs Plots in R?

In this article, we will discuss how to create and interpret Pair Plots in the R Language.

The Pair Plot helps us to visualize the distribution of single variables as well as relationships between two variables. They are a great method to identify trends between variables for follow-up analysis. Pair plots are essentially multipanel scatter plots where every different panel contains a scatter plot between a pair of variables.

Here, is a basic Pair Plot in Base R. 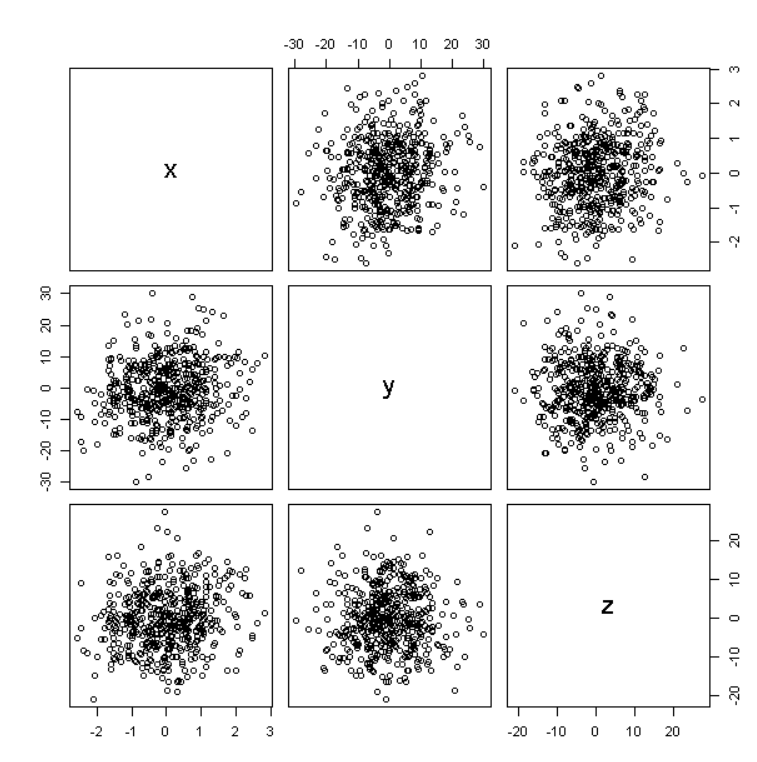 The problem with this pair plot is that this doesn’t give us any statistical information about variables and there are only three distinguished scatter plots out of six in the above figure as x-z and z-x plot is same, y-x and x-y plot is same, and y-z and z-y plot is same. So, there is a wastage of space as well as the absence of relational data. To solve this we use the ggplot2 package.

Here, is a basic Pair Plot using the ggplot2 and ggally package library. 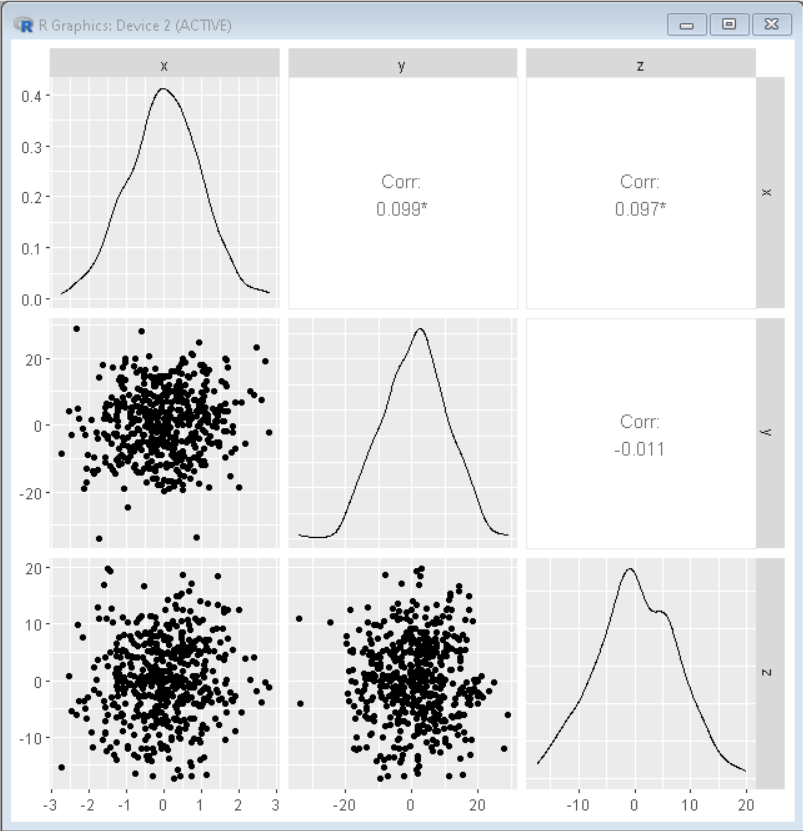 The pair plots made by using the ggplot2 package are better because they give more visual information with no repetition of the same plot. They also give us the Pearson correlation coefficient which helps us in understanding the relationship between those variables.