How to create a System Restore point in Windows 10 ?

How to create a Restore Point?

Step 1: Open the start menu by pressing the [Win] key or clicking the bottom left section of the desktop. 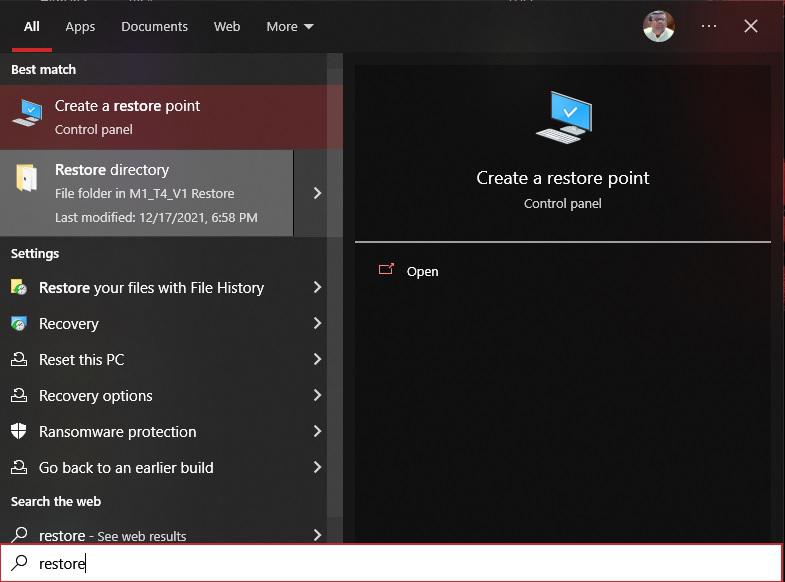 Step 3: Select the Create a Restore Point option from the menu come after following the previous step. 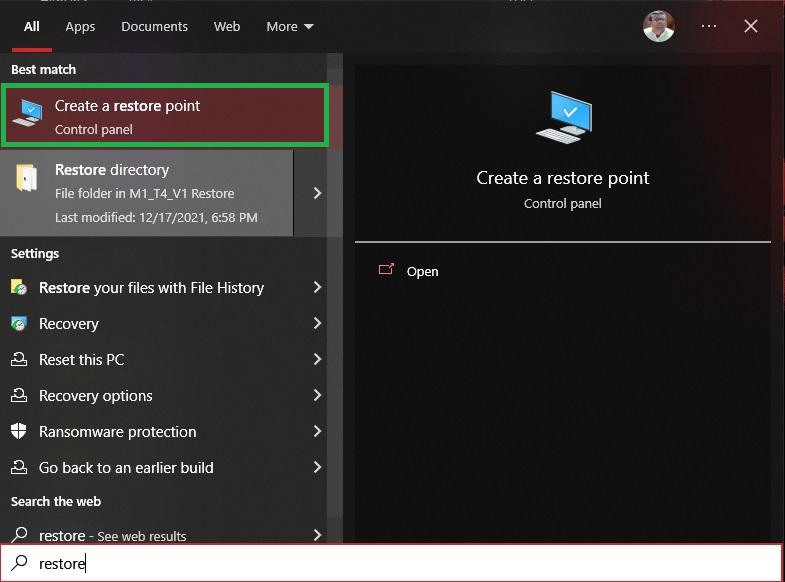 Step 4: A new window would have appeared looking similar to this: 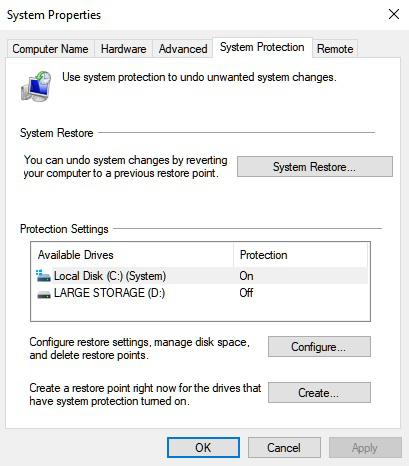 Step 5: Now select the drive for which you are wanting to create a restore point, and then click on Create 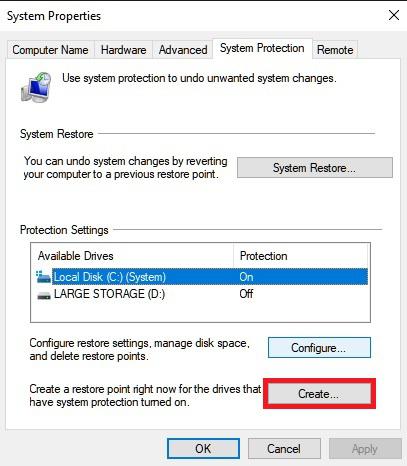 Step 6: A new dialog box would have appeared, seeking the name you are wanting to give to that restore point 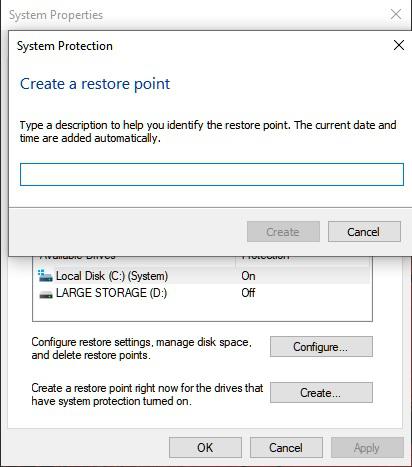 Step 7: Enter the name of the restore point (I have named it as the date this was performed) and Press the Create button. 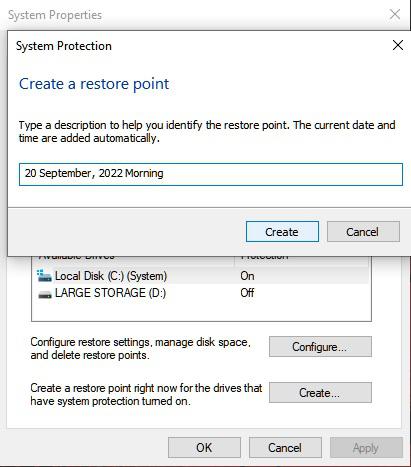 Step 8: The process of Restore Point creation has now begun. 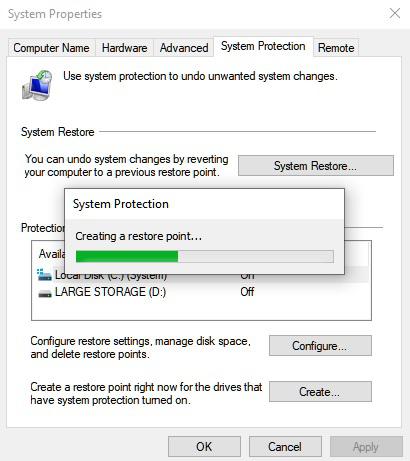 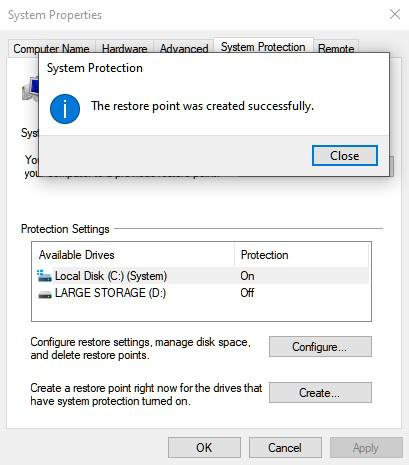 NOTE: This restore point is used to revert windows settings (some) back to what they were when the restore point was created. A Restore point only saves the settings (unlike backup where the settings and files both are saved) for the OS, and does not includes the files/folder within. Therefore upon restoring, only the settings would be reverted. It is advised to create system restore point every once in a while, to ensure your Operating System can recover from failures in the future.