How to Create a Bell Curve in Excel?

The Gaussian distribution is one of the most common distributions that exist in our world. It can be found naturally in many cases such as the distribution of height of human beings, the average salary earned by working professionals, etc. In this article, we are going to learn how can we plot a bell curve in Excel.

Where x is the data array

Step 1: We need the mean of the distribution as one of the parameters inside the NORM.DIST() function, therefore we will calculate the mean using the AVERAGE() function available in Excel. 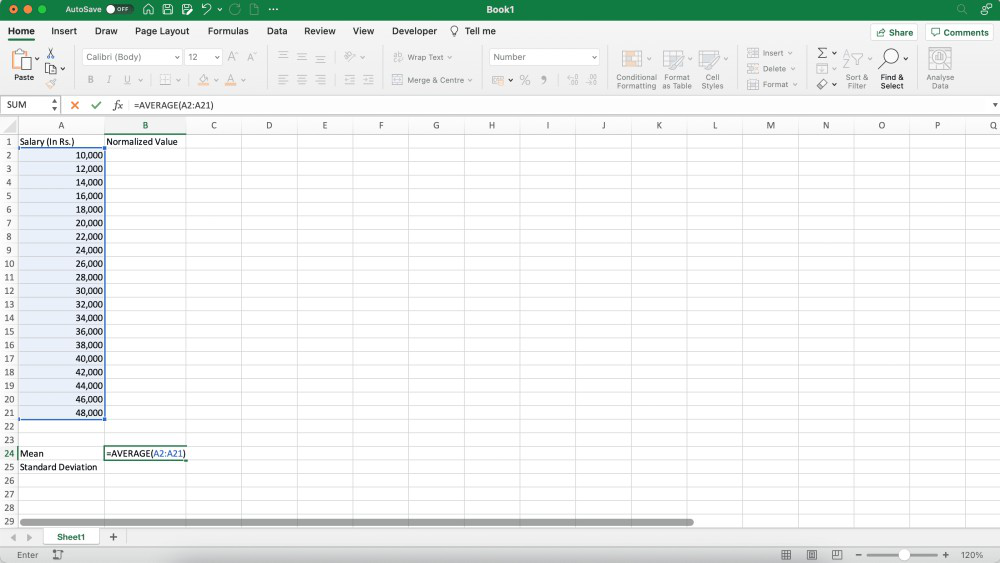 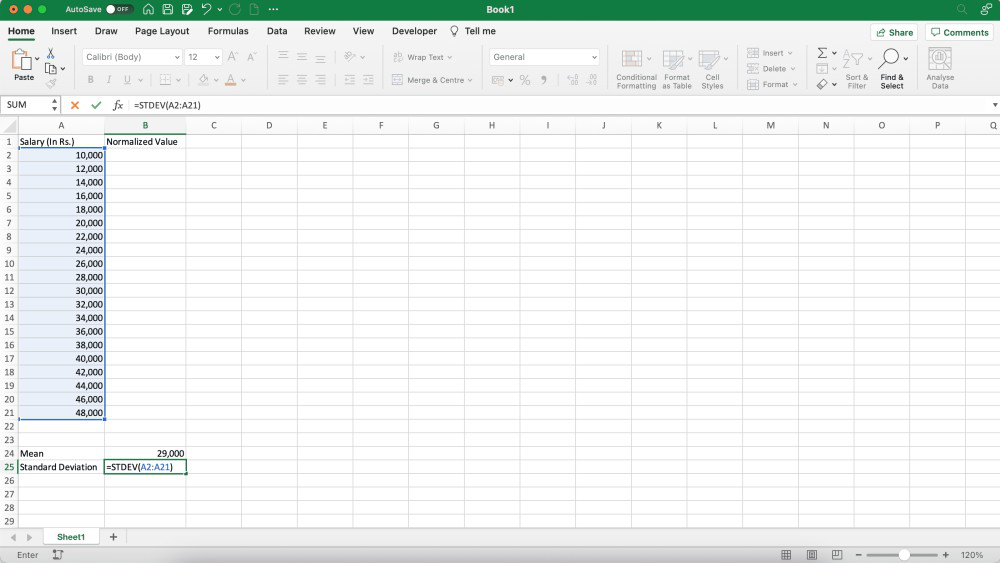 Step 3: Use the NORM.DIST() function to find the normal distribution for the data. We can pass the entire data array as our first parameter, then mean and standard deviation, and at last as we are going to use the salary of employees, all the values will be continuous, hence we will use probability mass function, therefore, we will pass FALSE as the boolean_value. 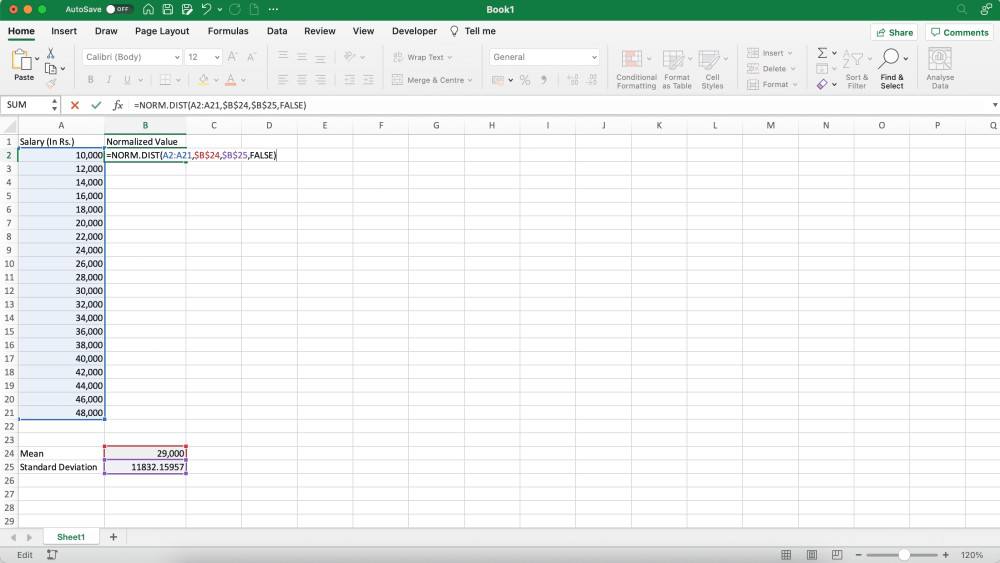 Step 4: Normal distribution will get populated for all the elements in the data. 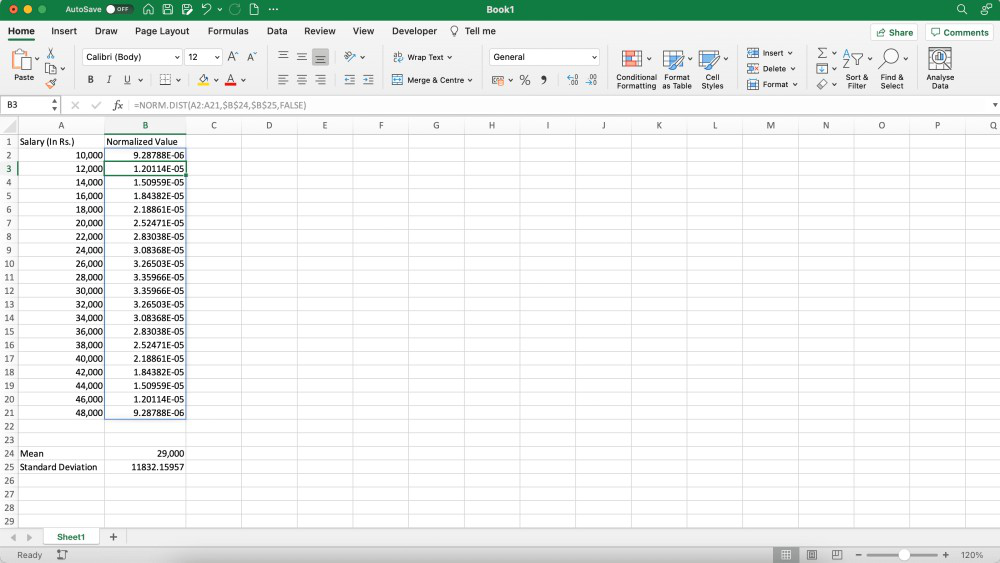 Step 5: Now, select all the generated points and go to the Insert tab in the Menu bar.

Step 6: In the Insert tab, click on the Scatter plot button, a drop-down will appear. 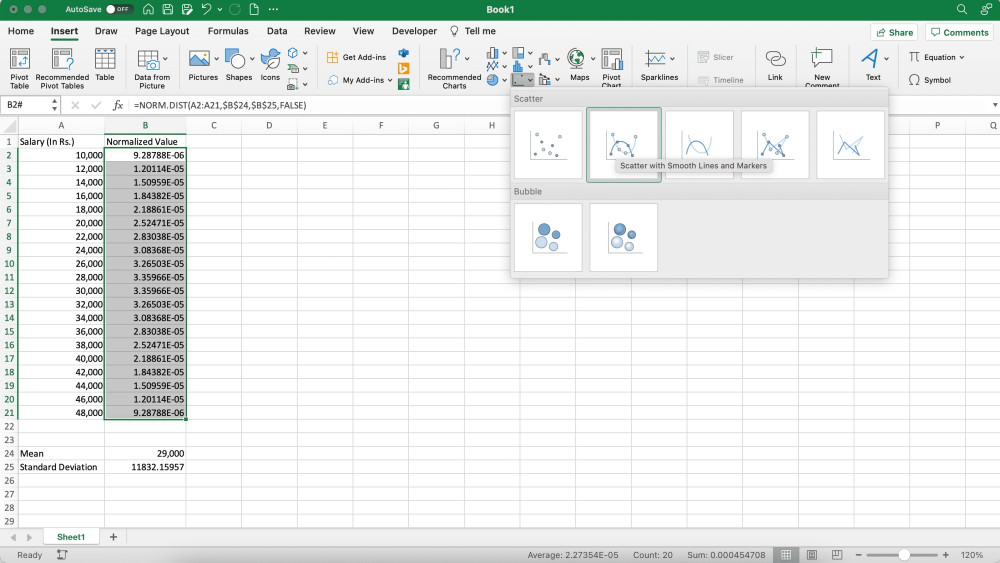 Step 8: A scatter plot with a bell-shaped curve will be plotted on the worksheet. 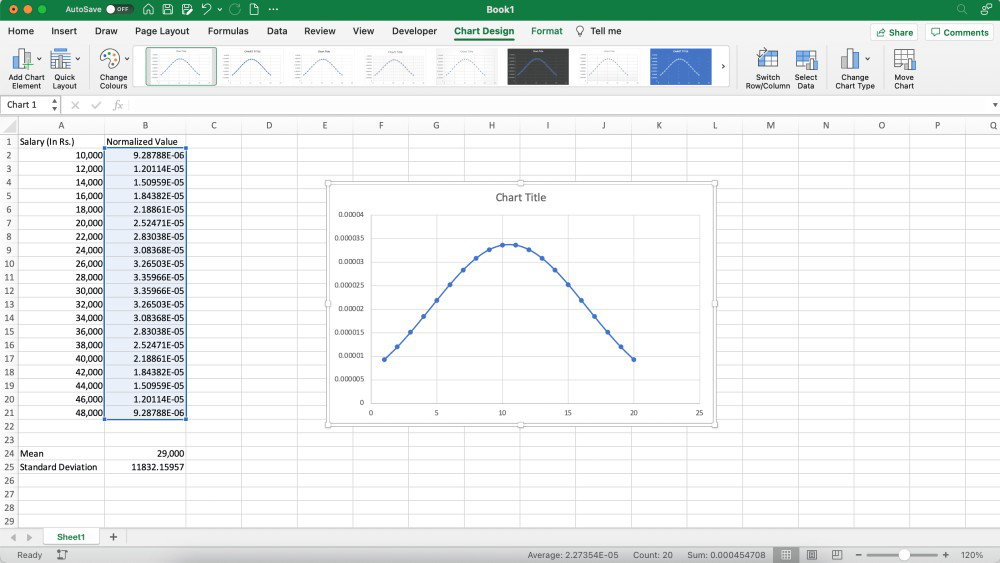 Note: Make sure to reference lock the values of Mean and Standard Deviation in the parameters using the Fn+F4 key inside the NORM.DIST() function, otherwise the formula will throw an error and will not populate the result for all the data elements.