How to Calculate Log-Linear Regression in R?

Logarithmic regression is a sort of regression that is used to simulate situations in which growth or decay accelerates quickly initially and then slows down over time. The graphic below, for example, shows an example of logarithmic decay: 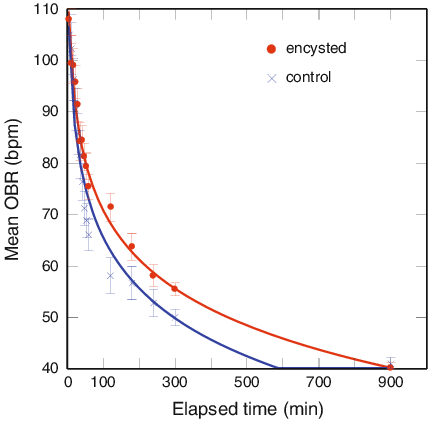 To begin, let’s generate some fictitious data for two variables: x and y:

Let’s now make a short scatterplot to show the relationship between x and y:


We can observe from the figure that there is a definite logarithmic decay pattern between the two variables. The value of the response variable, y, falls rapidly initially, then gradually diminishes with time. As a result, using a logarithmic regression equation to characterize the connection between the variables appears to be a decent approach.

The lm() function will then be used to fit a logarithmic regression model with the natural log of x as the predictor variable and y as the response variable.

The model’s overall F-value is 828.2, and the accompanying p-value is exceptionally low (3.702e-13), indicating that the model as a whole is beneficial. We can see from the coefficients in the output table that the fitted logarithmic regression equation is:

Based on the value of the predictor variable, x, we can use this equation to predict the responder variable, y. For example, if x equals 12, we may anticipate that y equals 12.87:

Note: You can use this online Logarithmic Regression Calculator to calculate the logarithmic regression equation for a given predictor and response variable.

Step 4: Create a visual representation of the Logarithmic Regression Model:

Finally, we can plot the data to see how well the logarithmic regression model matches the data: 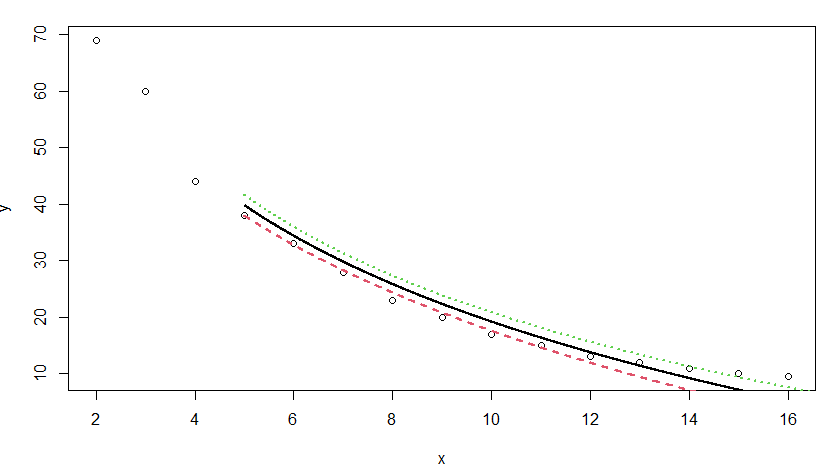