How to apply !important in CSS?

The !important property in CSS is used to provide more weight (importance) than normal property. In CSS, the !important means that “this is important”, ignore all the subsequent rules,apply !important rule.The !important keyword must be placed at the end of the line, immediately before the semicolon. 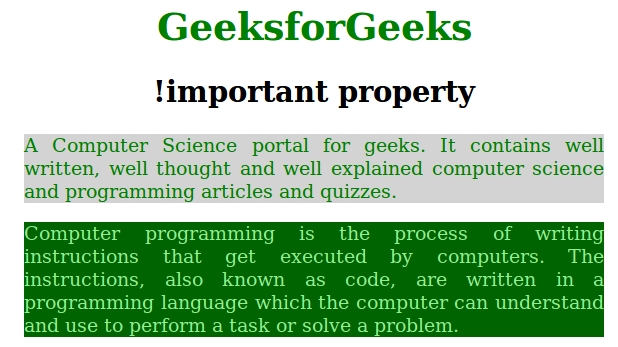 CSS is the foundation of webpages, is used for webpage development by styling websites and web apps. You can learn CSS from the ground up by following this CSS Tutorial and CSS Examples.