How to add stylesheet in Next.js ?

NextJs is a React-based framework that provides developers with all the tools required for production. Next.js is a react-based framework. It has the powers to Develop beautiful Web applications for different platforms like Windows, Linux, and mac.

In this post, we are going to learn about adding stylesheet in NextJs. Stylesheet are used to design the webpage to make it attractive and are the reason to simplify the process of making web pages presentable.

Step 1: To create a new NextJs App run the below command in your terminal:

Step 2: After creating your project folder (i.e. my-next-app ), move to it by using the following command:

Directory structure of our next app

In this post, we have used all the CSS files present in styles folder, components/Navbar.js, pages/_app.js and pages/index.js.

To import a global CSS file the following syntax is used:

To import a CSS module, the following syntax is used:

And now to use styles applied in the filepath in the CSS module you can refer to that by:

Adding the stylesheets: The initial look of our app is given below: 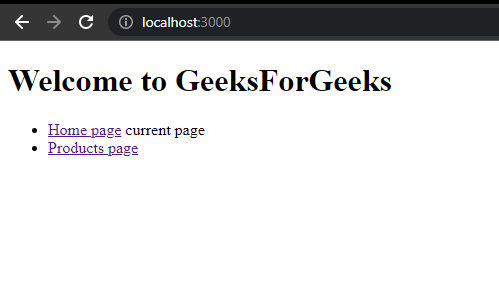 initial look of our Next Js app

For example, we have a CSS file named “style.css” in our “styles” folder. The CSS file looks like this:


And let us now import it in our “pages/_app.js” file by the following command:

Currently, our “pages/_app.js” looks as shown below:


And by adding the stylesheet, our app applies the css rules and looks as shown below: 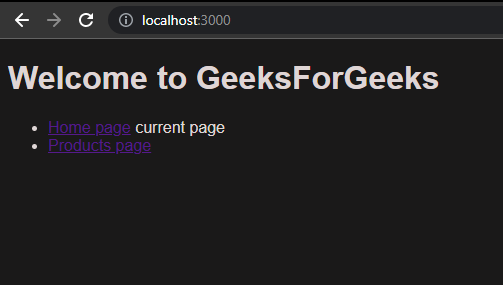 Output of adding the stylesheet to our app

Note: If you don’t already have a “pages/_app.js” file then create one and add the following code to it:

CSS modules can be imported anywhere in the application.

Example: Let us have a file named “navbar.module.css” in our “styles” folder.

The code of our CSS file is as follows:


And now let us add this “current” class to our “components/Navbar.js” file by importing and then adding the class.


Output: After adding the component to the index page the output is: 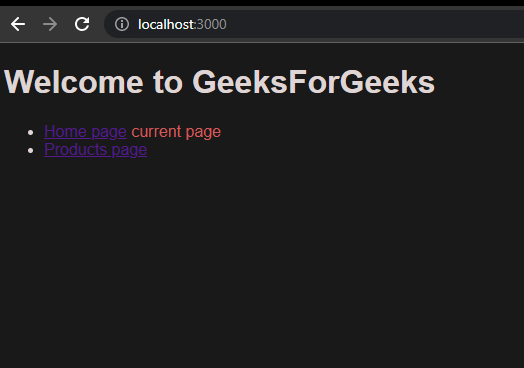 output of above code