How order of classes work in CSS ?

Many developers are aware of the concept of class overwriting in CSS. Well, is true but when it comes to how these classes are overwritten, most of them get confused. Classes are among the important assets of front-end development. Therefore, it is very important to have clarity about them. The attributes of style that are required to be included in the HTML elements are defined within the classes and then could be invoked using the “style” attribute within the tag. The style attribute supports as many values(classes) that you provide, and the confusion starts from here!

Whether you talk about defining classes in the same file within the block or invoking classes from the different CSS files. This rule remains consistent.

In case multiple classes consist of similar attributes and they are used in the same HTML element. Then, the class modified the latest would be used to style the element.

Below example illustrates the concept of order of classes: 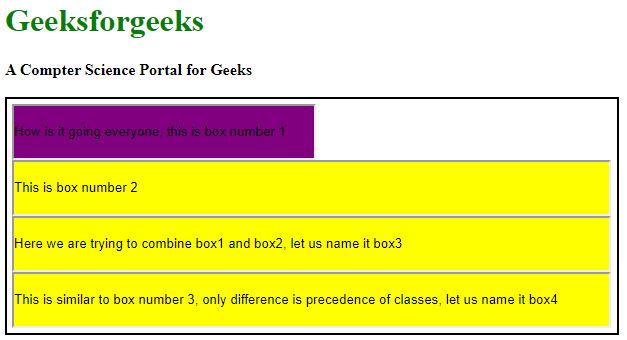 Note: Remember the inline CSS always have more priority than the external and internal CSS. Therefore if you use inline styling in the HTML elements, then the properties defined in the inline styling would overwrite predefined classes. YOu can ignore all these things if you are aware of !important keyword.

Previous
CSS Stacking Page Plugin
Next
Create a transparent border with CSS
Related Articles
1. How to specify the order of classes in CSS ?
2. How CSS transition work with linear gradient background button?
3. How does auto property work in margin:0 auto in CSS ?
4. How does CSS work under the hood ?
5. Why does CSS work with fake elements ?
6. Wildcard Selectors (*, ^ and $) in CSS for classes
7. CSS | Pseudo-classes
8. Use of :even and :odd pseudo-classes with list items in CSS
9. How to remove all CSS classes using jQuery ?
10. How to Create Classes using CSS ?
Article Contributed By : 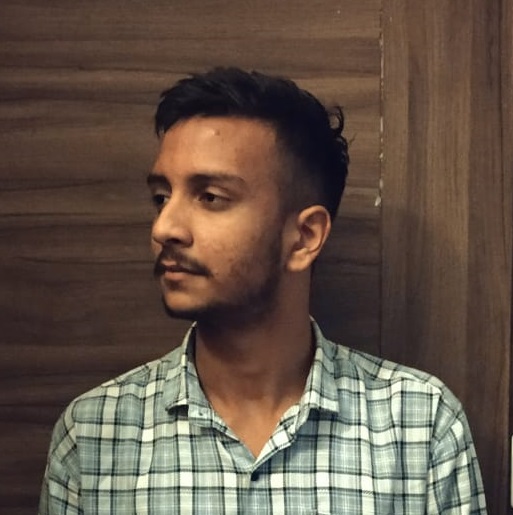