The Ionic for Everyone is specifically designed to ensure its optimal functionality with different web developers from around the globe. Development requires the saving of both money and time. The Ionic project framework can prove to be a cost-effective solution to your development problem. The Ionic App Development Company in India offers an economical financing option. In comparison, they also assure short-time project delivery which is 1.5 times faster than Ionic 3.

Ionic has released a new product in the market which is known as Ionic 4. This successor promises to offer some suitable and necessary modifications to the previous app. The Ionic for Everyone’s Ionic 4 product consists of some of the following additions over its predecessors. These upgrades are as follows –

Some of the major developments made in the Ionic 4 Application

There are certain improvements that have been introduced in the Ionic 4 application. Some of these developments are described in the points that follow below –

1. Routing – The routing chooses the pathway that IP or Internet Protocol packets use to relocate from the source to the end. Routing involves the selection of a suitable pathway from within single or multiple networks. According to browser potentials, PWA or Progressive Web Applications gradually improve the experience of the user. The PWA terminology depicts the methodology involved in the architecture and development of any application.

PWA applications might appear like regular applications but, they function independently of an internet connection. Progressive Web Applications are safe as they use safety measures that eradicate safety problems. The native router known as Angular Router eases the design of PWAs. Developers can rout necessary components through the routing that Ionic uses. PWAs can ensure better program functionality on outdated browsers and can rather the latest technologies on their original support browser.

2. CLI 4.0 – CLI stands for Command Line Interface. CLI is a computer program that enables users to instruct the computer via text commands. One of the major drawbacks in the earlier version of the CLI was that users would either end up shutting the program without saving their tedious work, or they would remove the wrong files. They would have to “type in” the commands from the keyboard.

The invention of the “mouse” has replaced this problem. CLI enables website developers to select the appropriate framework according to the project. The CLI makes use of several commands for its operation. The CLI 4.0 simplifies framework selection. The development server in-built with it eases in the integration of several tools including Cordova. The CLI 4.0 houses all the necessary utility tools under a single and common roof for swift developments.

3. Web Components – Web Components ensure proper distribution of UI libraries or user interface libraries with other developers. Through the introduction of various new alterations, the Ionic 4 has enabled the universal adaptability of the frameworks. The fast pace in development is made possible through porting the 100 components with Web Components.

Developers can set the proper definition for customizable HTML tags by following a typical model component. These web components, that simplify and accelerates the development process include – uniform universal code, cross-platform coding, simple testing, and debugging.

Economical favors offered by Ionic to their Employees

Ionic has recruitment knowledge about developers that has enabled them to reduce expenses. The majority proportion of the global development firms offer the best services at cheaper rates. Software developers working in renowned development companies can offer better solutions in comparison to individual developers.

However, the current software developments with modern technological advancements have brought changes. They have revolutionized the way people interact to meet their needs. The integration of smartphone applications with different professional functions has several real-time benefits. These smartphones carry far more functional capabilities when compared with past palmtops.

There is a two-way benefit with the employment opportunities at Ionic. First, it has done a fine job by spreading its employment opportunities further. Ionic has enabled the firm to gather employees from multi-cultural and multi-national backgrounds. Second, Ionic has also been able to reduce its app development costs by hiring its workforce from nations that demand cheap salaries. In this way, Ionic has not only provided quality products and services to their customers but has also opened doors for different job opportunities.

However, most organizations attach a hefty price tag for their application designs. The overseas work-from-home employment options of Ionic have enabled them to contain additional expenses. Thus, it has not only made their products cheaper but has also facilitated employment opportunities for developing nations. Another additional feature is that the majority of the global development firms offer relatively cheaper yet quality services assuring better solutions. 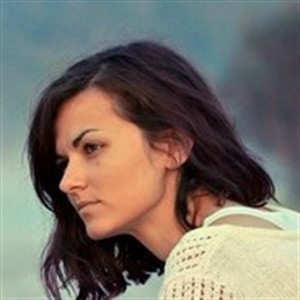