How Does CRC in a Frame Determine If Data is Intact?

Errors are common in digital signals because of noise in the transmission line. Due to this, the data sent by the sender will change and may not be the same as it was at the time of sending. Let’s say the sender sent a message to a receiver as “hi”. Converting it into binary form, it is 01101000 01101001. Now let’s say 3 bits were flipped due to some noise, and the data changed to 01101011 01101101. The receiver now retrieves the data as “km” instead of “hi”, changing the whole context.

So how would the receiver know there is some error in the data he received? Here is where error control comes into action.

It is the process of detecting and correcting errors in data frames, due to noise in the transmission line, causing the data to be corrupted or lost.

It is one of the most popular error detection methods used for detecting errors in digital data. The errors can be accidental changes in the bits due to some noise in the transmission channel.

It is capable of detecting single-bit errors, burst errors up to length n (order of the polynomial chosen for CRC), and the odd number of errors provided that the polynomial is divisible by (x+1). The polynomial that is generated is used as a tool for error detection. It is available on both the sender and receiver sides.

Following are the steps followed: 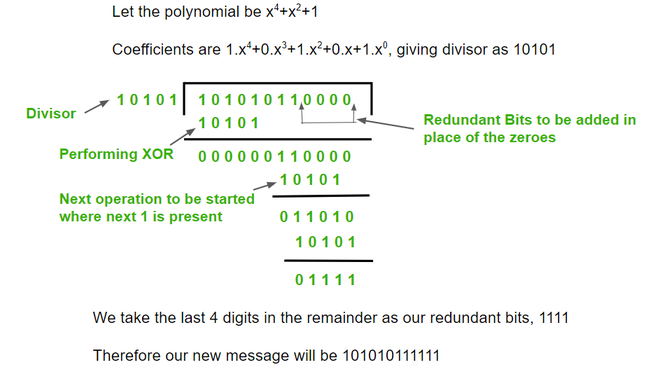 Data transmitted to the receiver:

Checking for potential errors on the receiver side: 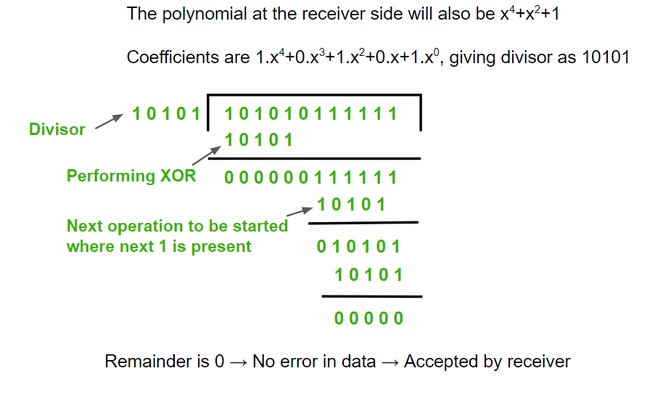 So in this way, CRC determines if the data is intact as it was sent by the sender or has some error.

CRC is very popular due to the following reasons: