How does a switch learn PC MAC Address before the PING process?

The switch has some intelligence and its networking device operates in the Layer 2 Data link layer in the OSI model. Here, we will see how the switch learns the MAC address of an end device PC even before the PING process between Switch and PC.

Let’s take an example of 2 PC’S connected to Switch.  Note: There are no assigned IP Addresses to PCs.

There is a switch in the middle and 2 PCs are connected to switch Ethernet ports. Both PCs have MAC addresses and the switch maintains the MAC address table, and it will learn all MAC addresses in the network.

Usually, the switch sends Layer 2 protocol frames like STP(Spanning-tree protocol), CDP(Cisco Discovery Protocol), and DTP(Dynamic Trunking Protocol)in periodic time intervals. These frames have a multi-cast destination MAC address, so these frames will be flooded to both PCs.

As you know, PC is a layer 3 device, and it has no service to accept Layer 2 protocol frames. So it will drop the frames and never send back a reply switch. So there is no chance of learning PC MAC address by a switch.

At this point, when we run the command in switch, then you will see no entry in the MAC address table.

Also note that, in this packet, you can see the PC1 source MAC address and source IP address. 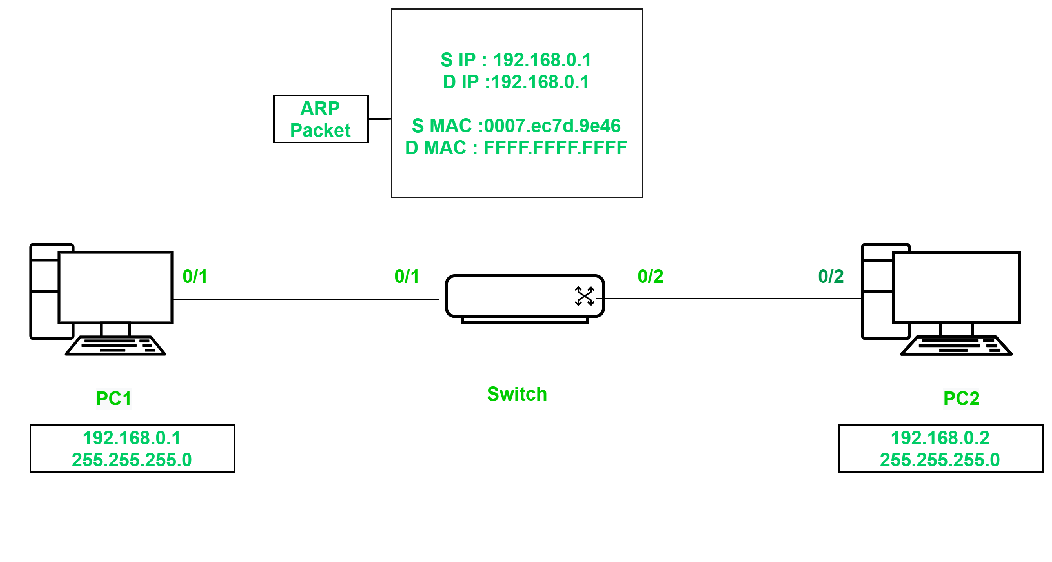 Now, if you run the command in Switch, you will see PC1 MAC-address entry in MAC address table. 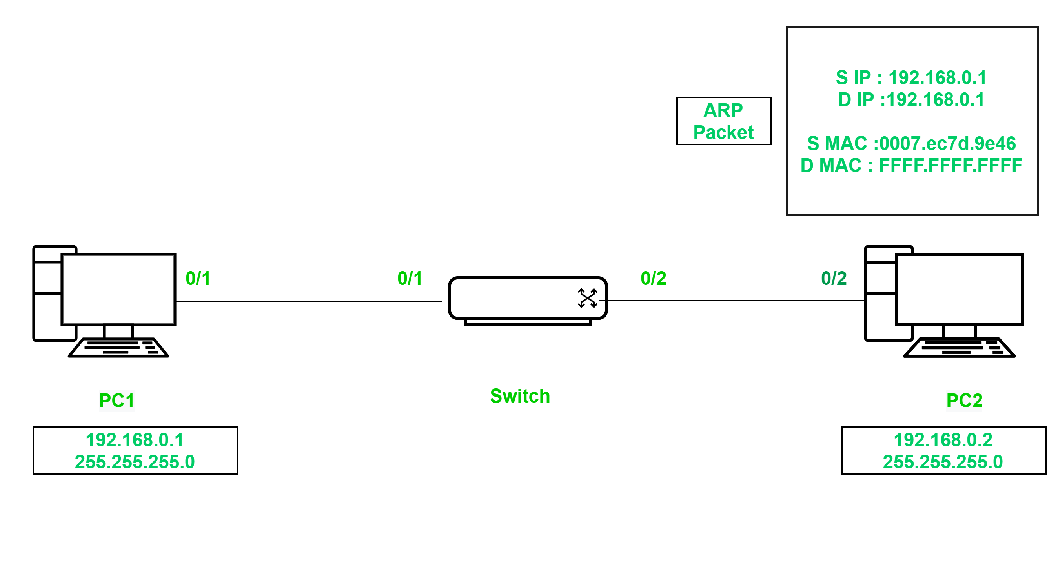 Previous
Machine Learning as a Service (MLaaS)
Next
Introduction of IEEE 802.15.4 Technology
Related Articles
1. Why is the IP address called a "logical" address, and the MAC address is called a "physical" address?
2. IP address as logical address and MAC address as Physical address
3. Difference between MAC Address and IP Address
4. How to validate MAC address using Regular Expression
5. Introduction of MAC Address in Computer Network
6. How To Modify MAC address in Windows 10 (Both Wired and Wireless Adapter)?
7. How to Find Your Mac Address?
8. What is MAC Address Table ?
9. Extracting MAC address using Python
10. Difference between Ping and Traceroute
Article Contributed By :