Hadoop is an open source software programming framework for storing a large amount of data and performing the computation. Its framework is based on Java programming with some native code in C and shell scripts.

Apache Software Foundation is the developers of Hadoop, and it’s co-founders are Doug Cutting and Mike Cafarella.
It’s co-founder Doug Cutting named it on his son’s toy elephant. In October 2003 the first paper release was Google File System. In January 2006, MapReduce development started on the Apache Nutch which consisted of around 6000 lines coding for it and around 5000 lines coding for HDFS. In April 2006 Hadoop 0.1.0 was released.

It has distributed file system known as HDFS and this HDFS splits files into blocks and sends them across various nodes in form of large clusters. Also in case of a node failure, the system operates and data transfer takes place between the nodes which are facilitated by HDFS. 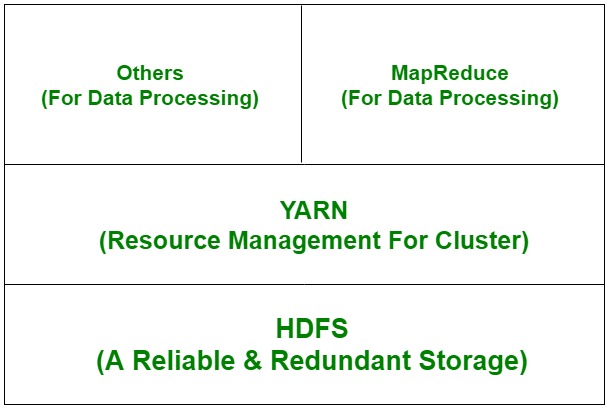 Advantages of HDFS:
It is inexpensive, immutable in nature, stores data reliably, ability to tolerate faults, scalable, block structured, can process a large amount of data simultaneously and many more.

Disadvantages of HDFS:
It’s the biggest disadvantage is that it is not fit for small quantities of data. Also, it has issues related to potential stability, restrictive and rough in nature.

Some common frameworks of Hadoop

Hadoop framework is made up of the following modules:

Advantages and Disadvantages of Hadoop