The final electron of a P block element enters one of the three p-orbitals of the shell in which it is found. There are six groups of p-block elements since a p-subshell has three degenerate p-orbitals, each of which may hold two electrons.

Because of their tendency to lose an electron, P block elements are lustrous and typically strong conductors of electricity and heat. In a P-block element like gallium, you may find some astonishing characteristics of elements. It’s a metal that melts in your palm. Because silicon is a key component of glass, it is also one of the most significant metalloids in the p-block group.

From groups 13 through 18, the p-block elements are located on the right-hand side of the periodic table. The nitrogen family is made up of five elements: nitrogen (N), phosphorus (P), arsenic (As), antimony (Sb), and bismuth (Bi). The general electronic configuration for group 15 is ns2np3. 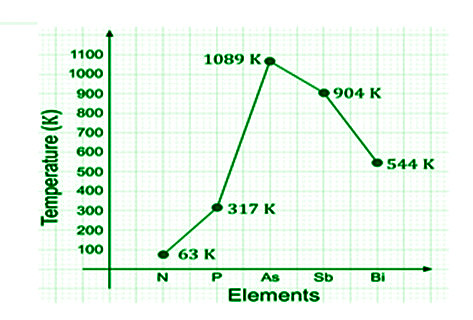 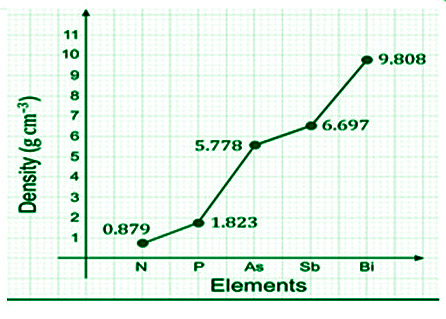 Question 1: What are the physical properties of group 15 elements?

Question 2: What are the atomic radii of group 15 elements?

The outermost shell of group 15 atoms has five electrons, the s-subshell has two electrons, and the p-subshell has three electrons. As you move down the group, the ionic and atomic radii grow as another primary energy level in each sequential element expands.

Question 4: What are the allotropes of group 15?

The allotropes of group 15 are :

Question 5: What are the uses of group 15 elements?