Geometry is the branch of mathematics that is concerned with property and relation between points, lines, solids, surfaces, and high dimensional objects. 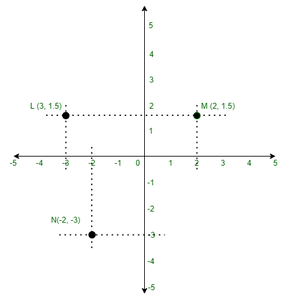 The number line is a ruler that increases in both directions as per our choice of measurement. On the number line, we can tell where any number is positioned with respect to the origin.

Representing a number on a number line. 2 is represented on x-axis 2 points to the right of the origin.

The number can be represented on both the axis, X-axis, and Y-axis.

Representation of range : If a number is positive we can represent it as shown in the figure below.

Quadrant plane : X and Y values determine the different quadrant the point lies in. Four quadrants are there on basis of different combinations of x and y values. 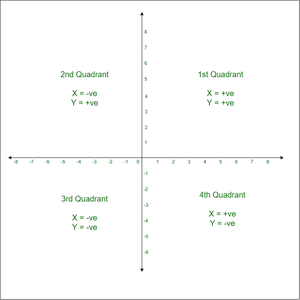 Lines in the plane :

The relationship between two x and y has an equation like 2x + 4 = 8y, a line is formed. It can also be generalized in form of :

Slope of the line :

In equation y = mx + c, m is called to the slope of the equation. 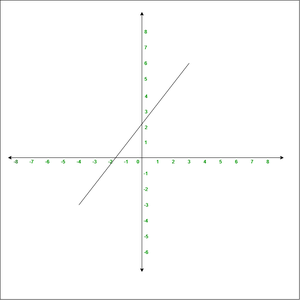 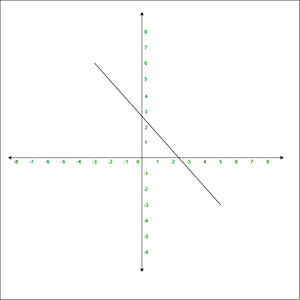 Intercept of a line :

A point where a coordinate axis is intersected by a line is called an intercept.

There are two types of intercept :

Steps to find the distance between two points : 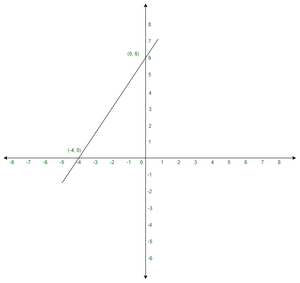 The distance between the two points is 10 units.

Line in the coordinate plane is the relationship between two x and y has an equation like 2x + 4 = 8y.

So what do we mean by when two lines intersect in the coordinate plane? Two lines intersect in a coordinate plane means that at that particular point, both of the equations that are representing different line holds true for that particular point. That is, the pair of numbers (x,y) that represents the point of intersection solves equations. Finding this point is similar to solving these equations. You can find the intersection by using algebra more easily than by graphing two lines.

If lines in a plane do not intersect, then the lines are parallel. In this case, there is NO pair of numbers(x, y) that satisfies both equations at the same time.

Two linear equations can represent a single point, or they can represent parallel lines that never intersect. There is one other possibility: the two-equation might represent the same line. In this case, infinitely many points (x, y) along the line satisfy the two equations( which must actually be the same equation in disguise).