It refers to a graph that represents relationships between a set of variables. By a set of vertices and edges, we design these models to connect those nodes. Declaring a graph by the following equation:

V: a finite set of nodes or vertices

E: a finite set of edges or links or arcs

Two main types of graphical models in R are as follows:

In this, Directed Networks are based or depend upon the directed graphs. Therefore, they are known as Directed R graphical models. Directed graph or digraph is represented by

These are the few terms belong to the directed graph

A directed graph is a probability distribution of attributes over a set U and it can also be called as factorizable wrt to a directed acyclic graph and its representation is given as G = (U, E) and it can be written as a product of conditional probabilities of the attributes given their parent in G. The below figure represents a factorization or decomposition into four terms for a directed graph. 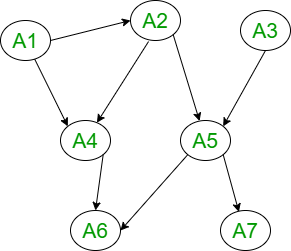 These are the few terms belong to the undirected graph

In this case, To describe a domain in the study each node or vertex represents an attribute and each edge represents a direct dependence between the two attributes. For drawing a relationship that contains conditional independence between the different variables from their standard parametric forms a graphical model is used. In the principle, every part depends on each other, and knowing where the feet can be and where the head is put the constraints on. If you want to know the torso position can affect the left foot’s position and you know the position of the left leg. Conditional independence in the graph state that it is not going to affect.

Decomposition or Factorization in Graphs 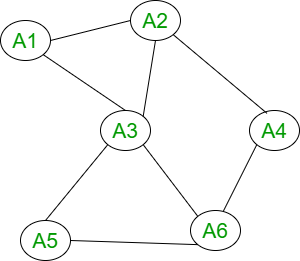 Conditional Independence and Separation in Graphs