Following the Tree based Protocol ensures Conflict Serializability and Deadlock Free schedule. We need not wait for unlocking a Data item as we did in 2-PL protocol, thus increasing the concurrency.

Now, let us see an Example, following is a Database Graph which will be used as a reference for locking the items subsequently. 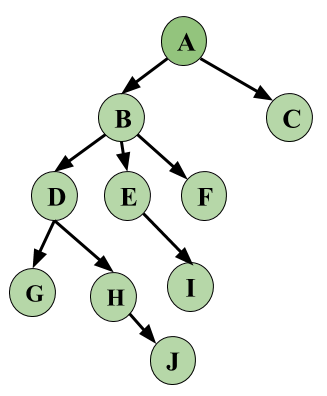 Image – Database Graph
Let’s look at an example based on the above Database Graph. We have three Transactions in this schedule and this is a skeleton example, i.e, we will only see how Locking and Unlocking works, let’s keep this simple and not make this complex by adding operations on data.

From the above example, first see that the schedule is Conflict Serializable. Serializability for Locks can be written as T2 –> T1 –> T3.
Data items Locked and Unlocked are following the same rule as given above and follows the Database Graph.

Thus, let’s revise once more what are the key points of Graph Based Protocols.
Advantage –